Glass Onion: A Knives Out Mystery, the follow-up to Rian Johnson’s Knives Out, will be released globally on Netflix December 23, Netflix announced.

The film also will be released in select theaters on a date to be announced. Netflix released two first-look images today – see the full images below.

In Glass Onion – the title is an homage to the classic Beatles song – Detective Benoit Blanc (Daniel Craig, reprising the role) travels to Greece “to peel back the layers of a mystery involving a new cast of colorful suspects,” according to the logline.

Johnson both writes and directs, and produces with Ram Bergman. Exec producer is Tom Karnowski.

According to Johnson, Blanc’s “penchant for bombast is partly to thank for the film’s title, which pays homage to the 1968 Beatles song of the same name.”

“I’m always fishing for something fun that Blanc can grab onto as an overwrought metaphor that he can beat to death,” Johnson said. “This is all in plain sight from the very start. So, the idea of glass came to me, something that’s clear. I’ll be very honest. I literally got out my iPhone and searched my music library with the word ‘glass.’ There’s got to be some good glass songs. I was like, ‘Oh, is it a glass fortress? Is it a glass castle? Is it a glass man?’ The first thing that came up, because I’m a huge Beatles fan, is ‘Glass Onion.’”

Here are the two images released by Netflix today: 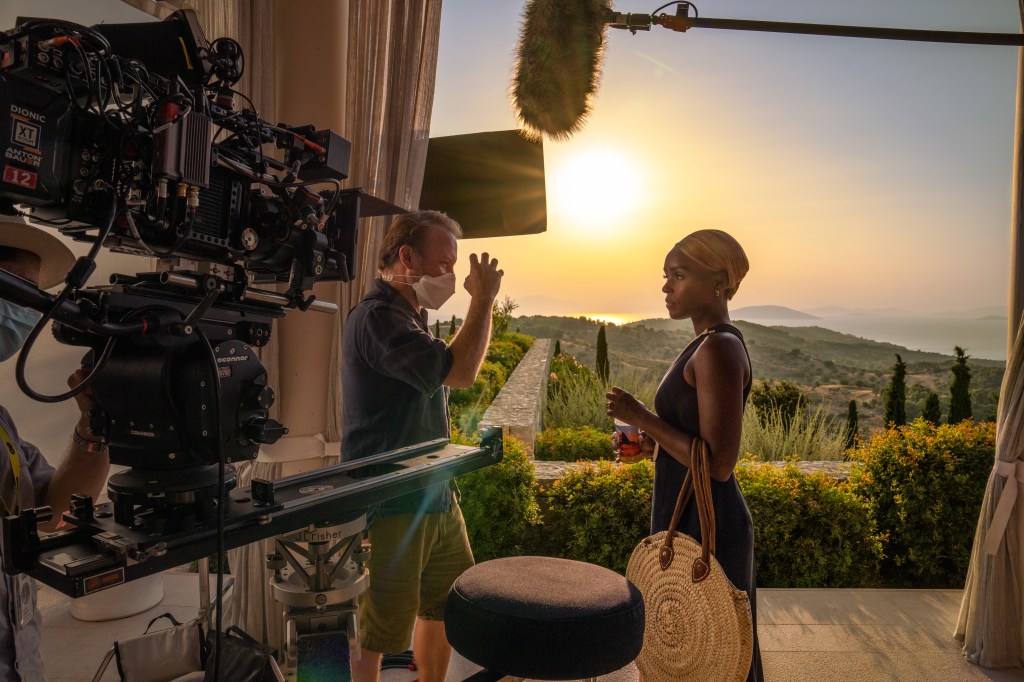