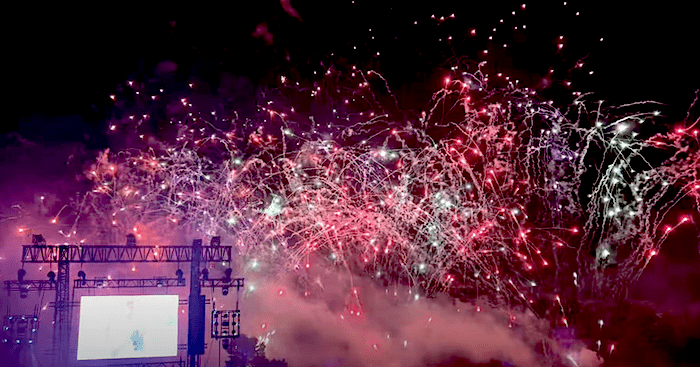 Last year saw a celebration of all the rides at Alton Towers but whilst the fireworks show was as incredible as ever quite a few of the rides had small bit parts whilst others had much larger displays.

This year it seemed as though all of the major coasters at Alton Towers got a fair crack of the whip with around 2-3 minute shows each after being introduced by a spectacular drone show.

Drones lit up the sky with messages and various graphics to go along with a curated soundtrack. Gasps from the audience when a cube appeared in the sky and started rotating and when a drone-lit train started climbing up a drone-lit lift hill, chills. It was incredible.

The show perfectly introduced the fireworks event and I’m really scraping the barrel trying to find a negative but I have to always pick out something and on this occasion, one poor drone’s light wasn’t working so there was a gap in many of the visuals. Yes, I’m picky but the show was that damn good it’s hard to pick fault! 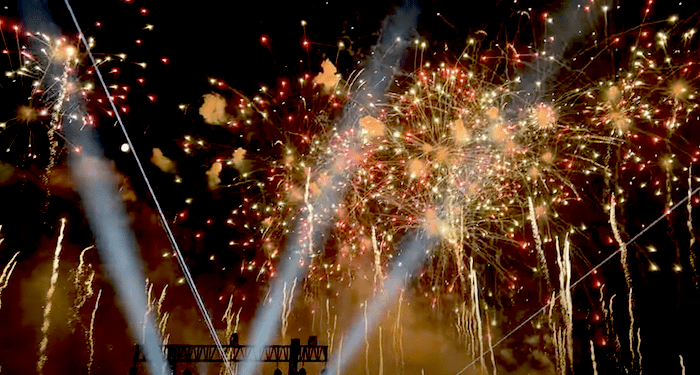 I’d have loved to have seen the ride logos appear in the sky rather than a little shot of fireworks introducing each ride, I was expecting that to be a certain for the drone show but sadly it wasn’t meant to be.

The curated music for each ride along with the fireworks chosen was just perfection. Having Sam Ryder’s Spaceman playing to the Galactica graphics on screen and the beautiful blue and white lights. Perfection.

Out of all the rides, I thought the Oblivion section was the strongest. The Oblivion fireworks show from the ’90s is regarded as one of the best Alton Towers Fireworks displays of all time so it was nice that this section was strong.

The grand finale had some beautiful fireworks curated to a song from The Greatest Showman and one group of fireworks in particular replicated a jellyfish as they moved beautifully in the sky resembling the sea creatures’ movement. Yet another moment where the crowd could be heard gasping in awe at such a unique firework. 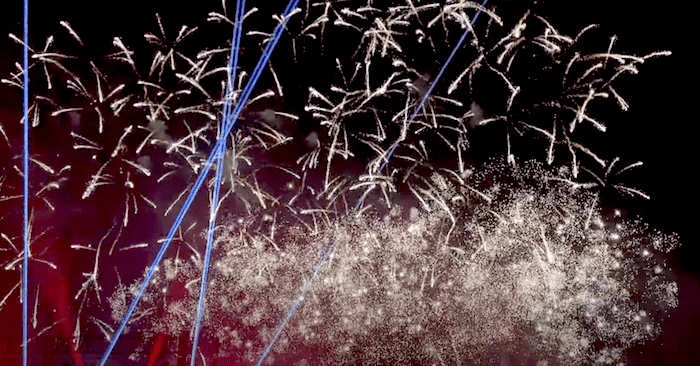 Alton Towers Fireworks 2022 has absolutely smashed it once again this year and the drone show just added to the high calibre show that Alton Towers puts on year after year.

You just can’t go wrong with visiting an Alton Towers fireworks show, you’re getting a 30-minute world-class production and entertainment of the highest order.

If you missed the show you can watch it below or if you want to check out more theme park/attractions content you can visit our Lift Hills and Thrills YouTube page.

If you’re reading this months later the video may have been removed. There’s a lot of copyrighted music during the shows so we usually keep the show up for a couple of months before taking the video down to avoid any copyright issues further down the line so you better be quick!