Arsenal legend Paul Davis on winning trophies, missing out on being an ‘Invincible’, and mentoring Arteta as a coach Yet, despite winning two league titles, he was cruelly overlooked by England following an out-of-character indiscretion that he feels cost him his international career.

However, the midfield lynchpin shrugged off that disappointment to win a major European trophy with the Gunners.

And he’s played a vital role in their recent resurgence as mentor to Mikel Arteta – helping the Spaniard gain his first coaching qualifications.

Davis’s story is told brilliantly in his new book, Arsenal And After – written by Tom Watt released today.

The famous No8 played 447 games for the North London club – scoring 37 goals. 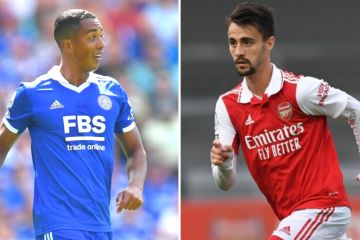 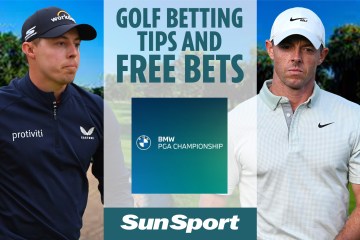 But, his career could have been over before it started when he was mistakenly arrested as a 16-year-old youth by heavy-handed police, who had mistaken him for stealing a car.

“I signed for Arsenal as an apprentice when I was 16 and this happened just half a year later,” Davis, 60, told SunSport.

“I was walking to get the tube with Chris Whyte, when out of nowhere police came and pinned us up against the wall and were shouting abusive language at us.

“I grew up in Stockwell and Brixton where that kind of stuff happened a lot to friends, but it was the first time it had ever happened to me.

“It shook me. I was bundled into a police car and taken to Highbury Police Station, where they wanted to charge us for attempting to steal a car, which wasn’t true.

“Luckily for me when Arsenal found out they got a solicitor to the police station who asked the right questions and found out quite quickly there was no case.

“I look back at it and feel lucky it didn’t go the other way. With the support of a big club and a solicitor I was able to prove my innocence and continue with my aspirations.”

Davis went on to make his debut in 1980 as an 18-year-old in a 2-1 win over rivals Spurs, where he was asked to man-mark Glenn Hoddle.

In truth, though, as he established himself as a first team regular under the late Terry Neill and then Don Howe, Arsenal were in somewhat of a transitional period and were trophyless.

That all changed with the arrival of George Graham in 1986, who within a year delivered the club’s first piece of silverware since winning the FA Cup in 1979.

Arsenal beat Liverpool 2-1 in the League Cup final, with Davis playing a starring role alongside Steve Williams in the middle of the park.

“When George came he had a clear plan of what he wanted to do. I remember his first chat with the whole squad and he said, ‘if you’re not producing, you’re not going to play.’

“It was as straight-forward as that. He meant it, and we all knew he meant it.

“In his first season he won the Littlewoods Cup, which gave us a platform to be more successful.”

Arsenal’s 1988-89 season is best-remembered for a dramatic final day victory against Liverpool, in which Michael Thomas scored a last-minute winner to secure the First Division title.

But for Davis it was a season of mixed emotions. He had to sit out the thrilling climax at Anfield because of injury, watching with Arsenal fans from the stands. While, an incident earlier in the season scarred his campaign.

In a home game against Southampton, the usually mild-mannered Davis threw a left-hook at Glenn Cockerill – breaking the opposition player’s jaw.

It was missed by the match officials, but became England’s ‘first trial by TV’ case – with ITV cameras catching the misdemeanour on film.

Davis became headline news for the wrong reasons. He was hit with an unprecedented nine-game ban and slapped with a £3,000 fine, after the FA demanded to review the footage.

Just three days before his uncharacteristic assault, Davis was an unused substitute for England at Wembley against Denmark. After that, he wasn’t picked for the Three Lions again.

“The FA were under a lot of pressure to charge me because of the national out cry and the media coverage,” Davis revealed.

“And although I’ve got no evidence, I feel that the England manager Bobby Robson, who I had a great relationship previously, would have been under pressure not to pick me.

“I never got close to playing for England again after that so that incident did change my life.”

Davis would find redemption in the 1990-91 season as a vital cog in an Arsenal side that romped to the old First Division title.

And they did it in style – with the only blip on their league record an away defeat at Chelsea. It isn’t lost on Davis that they could have become “The Invincibles” before Arsene Wenger’s side managed that feat in 2004.

“I do think about that now,” Davis admitted.

“I remember at the time we used to go out and think, ‘this is great, we’re not going to lose a game’.

“If only we didn’t lose that game at Stamford Bridge – we could have been the original Invincibles.”

On the European stage, Arsenal have often been found wanting with limited success.

He marked Gianfranco Zola and was a steady hand for the inexperienced Ian Selley and Steve Morrow.

Davis said: “It was a fantastic night for us, and we weren’t fancied at all.

“They had a great side, Zola, (Faustino) Asprilla and (Tomas) Brolin. On paper they were a better team.

“And for the first 15 minutes I wondered how we were going to survive. We managed to get through that onslaught and worked our way into the game.

“We knew we could dig in as a team and find a way of nicking a goal. When Alan Smith scored just before half-time, I was confident we could win the game.”

The curtain came down on Davis’s career at Highbury in 1995, when he was released by the club on a free transfer – some 16 seasons after putting on the red and white shirt for the first time.

Spells at Norwegian side Stabæk and then Brentford failed to reignite his spark for playing. It was coaching that was now peaking his interest.

He took on a role with the youth teams at Arsenal from 1996 to 2003. Then, he scored a job with the PFA to try and encourage more black footballers into taking on coaching roles.

“It was frustrating because we weren’t getting enough black representation, so I was brought in to find out why and help educate more, which is something I still do today.

“I want to be part of that change in a positive way.”

Studious Davis has gained the FA and Pro UEFA Coaching awards, the highest coaching award in the UK along with his UEFA ‘A’ Licence and the FA Diploma in Football Management from Warwick University, as well as his coach educators award.

Since 2016, he has worked for the FA in their elite coaching development team – preparing the next breed of managers. That included Mikel Arteta in 2015, when he was in his final year as a player at the Emirates.

“I am biased towards Mikel because I have been involved in his development and want him to do well,” Davis admitted.

“Last year when things were going wrong I was still sure he was the man for the job, because I saw what he had to offer when he was doing his qualifications.

“He had so much talent and an incredible understanding of the game, even back then.

“Working with Pep Guardiola would only have benefitted him more and given a greater experience.

“The future is bright for Arsenal with Arteta at the helm, and I am happy to have played my part.”