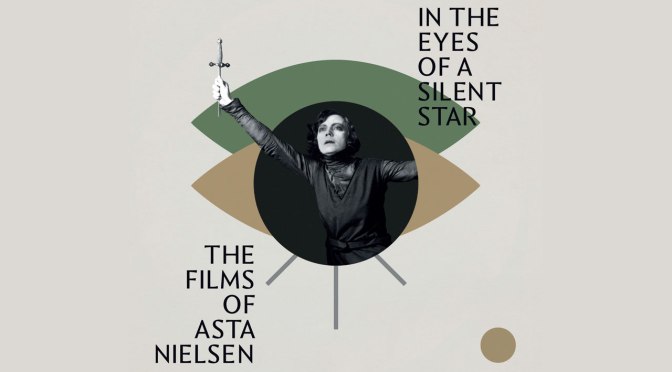 Hello, Silent Londoners. Soon I will have the results of the 2021 Poll to share with you, but a bout of January sickness has set me back a little. However, I did want to pop on here to tell you that the BFI Southbank season In The Eyes of a Silent Star: The Films of Asta Nielsen starts NEXT WEEK.

The season opens with a lecture and panel event on Thursday 3 February, The ABC of Asta Nielsen. At this event, I’ll be giving an illustrated lecture all about ‘Die Asta’, and then I will be joined by Erica Carter, So Mayer and Bryony Dixon to delve further into the stardom and significance of the woman known as the greatest actress of the silent era. Later that evening I will also be introducing The Abyss and The ABC of Love. Please explore the programme further and remember February represents just the first half of the season – there is more to come in March, including more guest speakers!

To whet your whistles, some links: