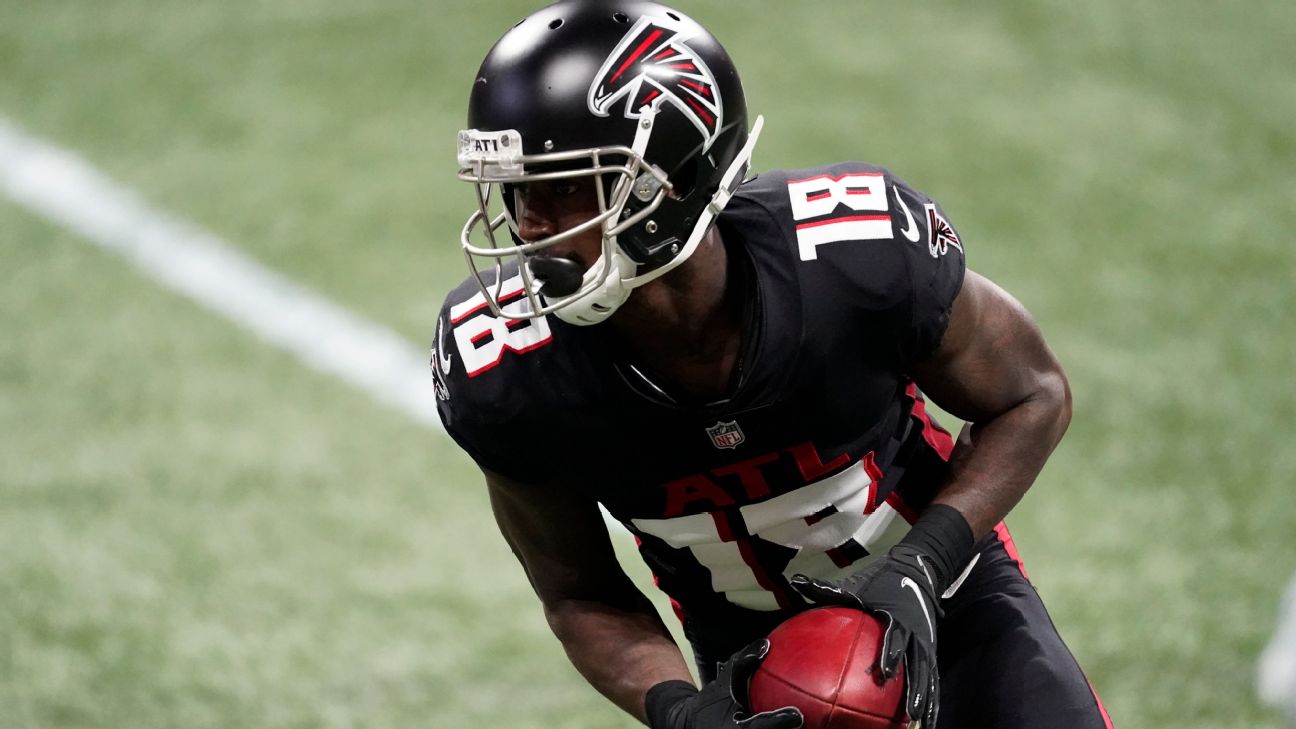 A prosecutor on Monday announced a sprawling indictment targeting members of what she said is a violent street gang that has been targeting the Atlanta-area homes of famous athletes — including Falcons wide receiver Calvin Ridley — entertainers and others who flaunt expensive possessions on social media.

Ridley, singer Mariah Carey, Atlanta United goalkeeper Brad Guzan and Marlo Hampton of “The Real Housewives of Atlanta” all had their homes broken into, the indictment says.

The 220-count indictment was filed Aug. 22 and charges 26 people, most of whom are accused of violating Georgia’s anti-gang and racketeering laws.

Fulton County District Attorney Fani Willis said the crimes alleged in the indictment — carjacking, kidnapping, armed robbery, shootings, home invasions — were committed by members of the Drug Rich gang, which she said began to emerge in 2016 in a neighboring county. In addition to the celebrity targets, social media influencers were also victimized in home invasions and burglaries, Willis said.

“What they do is target people who show their wealth on social media,” she said. “So I do have a message for the public: Where it is kind of fun to put your things on social media and show off, unfortunately these gangs are becoming more savvy, more sophisticated in the way that they target you.”

Willis also had a message for the alleged gang members: “If you thought Fulton was a good county to bring your crime to, to bring your violence to, you are wrong and you are going suffer consequences and today is the start of some of those consequences.”

Ridley’s Instagram account includes multiple images that appear to show him wearing expensive jewelry. The former second-team All-Pro currently is serving an indefinite suspension and will miss at least the entire 2022 season for gambling on NFL games last season.

Willis said the indictment, filed last week, represented a collaboration between law enforcement agencies. Cracking down on gangs is a priority for Willis, and she said she intends to pursue tough penalties for people involved with violent gang activity.