Black Adam review: God help us if this bewildering mess is meant to save the DCU 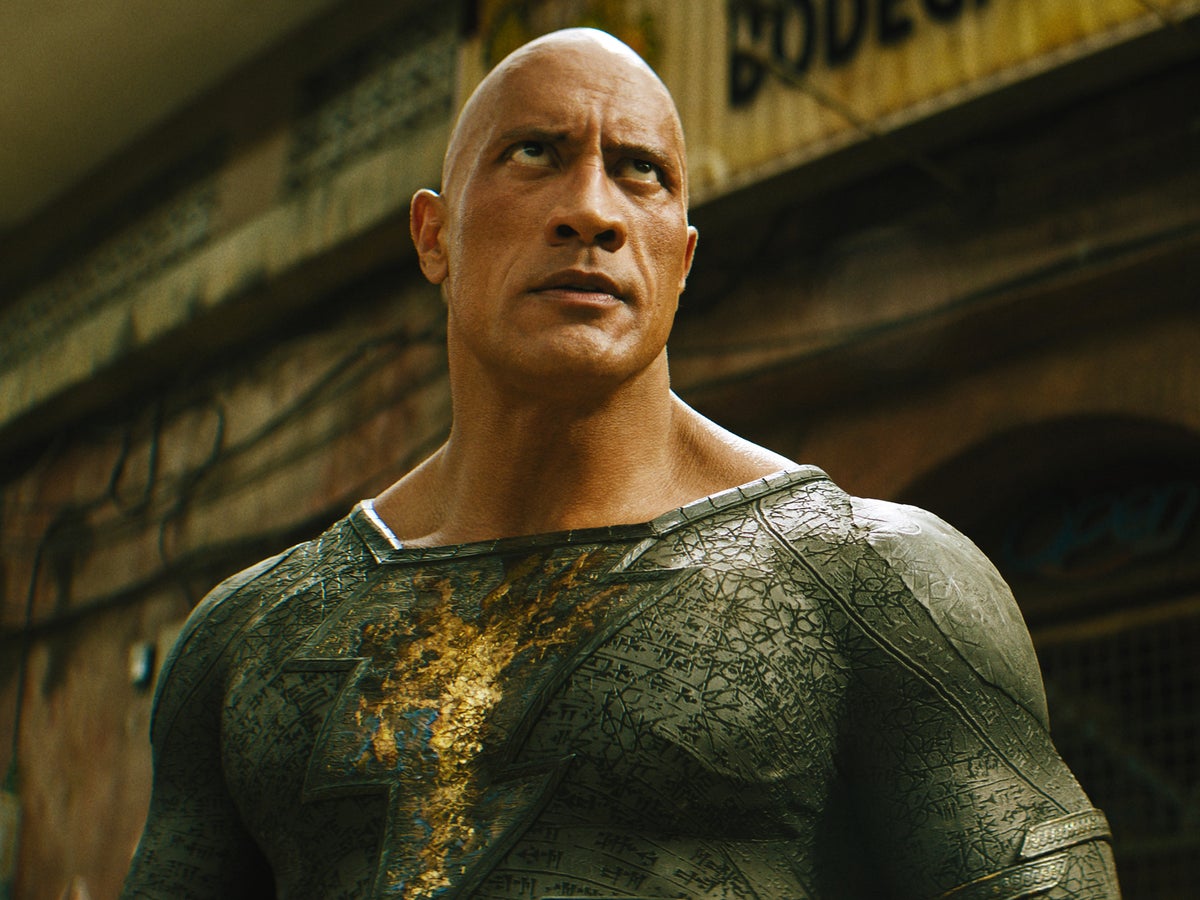 Black Adam is a bewildering entry in a franchise already falling apart at the seams. It’s therefore a perfect fit for what one day might be described as the “chaos era” of DC Comics’s corporate owners Warner Bros. This year, the studio merged with Discovery Group and placed Discovery’s CEO David Zaslav at its head. He then launched a wrecking ball at Warner’s creative portfolio – downsizing its animation unit, threatening any number of forthcoming films and TV shows, and notoriously cancelling HBO Max’s $90m Batgirl film.

Black Adam, starring Dwayne Johnson, may predate this entire debacle, but it has incidentally harnessed that same sentiment of action without thought. It’s relentless but stubbornly monotonous – what I imagine it’s like to be picked up curbside by the FBI and have a cloth bag thrown over my head, all while the car I’m in barrels through the dark towards an unknown destination. “What do you want?” “Where are we going?” “What do I have to do with any of this?” Don’t expect answers to any of the above.

Johnson’s Black Adam, who goes by the civilian name Teth-Adam, owes his powers to the same council of wizards mentioned in the 2019 DC Extended Universe movie Shazam!. We first meet him, via flashback, living in the ancient fictional nation of Kahndaq. In the comics, he was given the role of “protector of Egypt” by its gods, but that’s discarded here in favour of an exoticised, broad-brush depiction that’s somewhat Babylonian and Persian in influence. It’s indebted far more to Zack Snyder’s Orientalist epic 300 (2006) than anything else. Perhaps that lack of cultural specificity is an attempt to obscure the fact that Black Adam is played by Johnson – who’d courted the role since the early 2000s – as opposed to any Egyptian or other Middle Eastern and North African actor.

After he’s unwittingly unleashed into present-day Kahndaq by a university professor (Sarah Shahi’s Adrianna Tomaz), Black Adam becomes an immediate person of interest to Task Force X leader Amanda Waller (Viola Davis). Despite Waller spending two Suicide Squad films and a spin-off TV show explaining that Task Force X was set up to force supervillains to do the dirty work of the US government, she’s now apparently in charge of the Justice Society of America, too. They’re a superhero group given such minimal set-up here that they might as well have been called the Justice League B-team.

Their leader is the metal-winged Hawkman (Aldis Hodge). Dr Fate (Pierce Brosnan, able to milk charisma out of thin air) is best described as a gentleman wizard. Cyclone (Quintessa Swindell) is the human iteration of those spinning fairy toys from the Nineties. And Ant-Man, sorry, Atom Smasher (Noah Centineo), is the comic relief who can turn into a giant and hold things for people. The JSA and Black Adam eventually have to team up against the criminal organisation Intergang, who have colonised Kahndaq in order to drain it of its resources. They have their eye on the legendary Crown of Sabbaq, which was forged by demons. That obviously spells bad news for everyone.

You will learn almost nothing else about these characters or organisations: what they do, what they believe in, or what motivates them. Director Jaume Collet-Serra instead ploughs headfirst into a barrage of confusingly shot action sequences, all of them tainted by that hazy yellow filter insisted upon by terrible American films set in the Middle East. Meanwhile, Lorne Balfe’s score screams in your ears, overshadowing all dialogue and emotion. And if there aren’t punches being thrown, Black Adam seems locked into heavy-handed portent: there are lots of vague references to power, destiny and fate, with Johnson delivering every line in the same exhausting monotone. There’s absolutely nothing of consequence.

Johnson has spent much of Black Adam’s press tour promising that the “hierarchy of power in the DC Universe is about to change”. His character has been introduced to supposedly complicate the morality of DCEU – as another person argues in the film, “it’s his darkness that lets him do what others cannot”. But wasn’t that the point of the Suicide Squad? If his “thing” is that he kills his enemies, then how is that different to what Zack Snyder was trying to achieve with his Old Testament god-heroes in Man of Steel and Dawn of Justice? And if Black Adam’s presence is meant to inspire a revolutionary spirit in Adrianna’s son, Amon (Bodhi Sabongui), then why do the JSA never have to answer for their part in trying to suppress that spirit? Whatever this new hierarchy of power is, it’s confusing as hell.

‘Black Adam’ is released in cinemas on Friday 21 October