Britons face further travel chaos with 80pc of services down 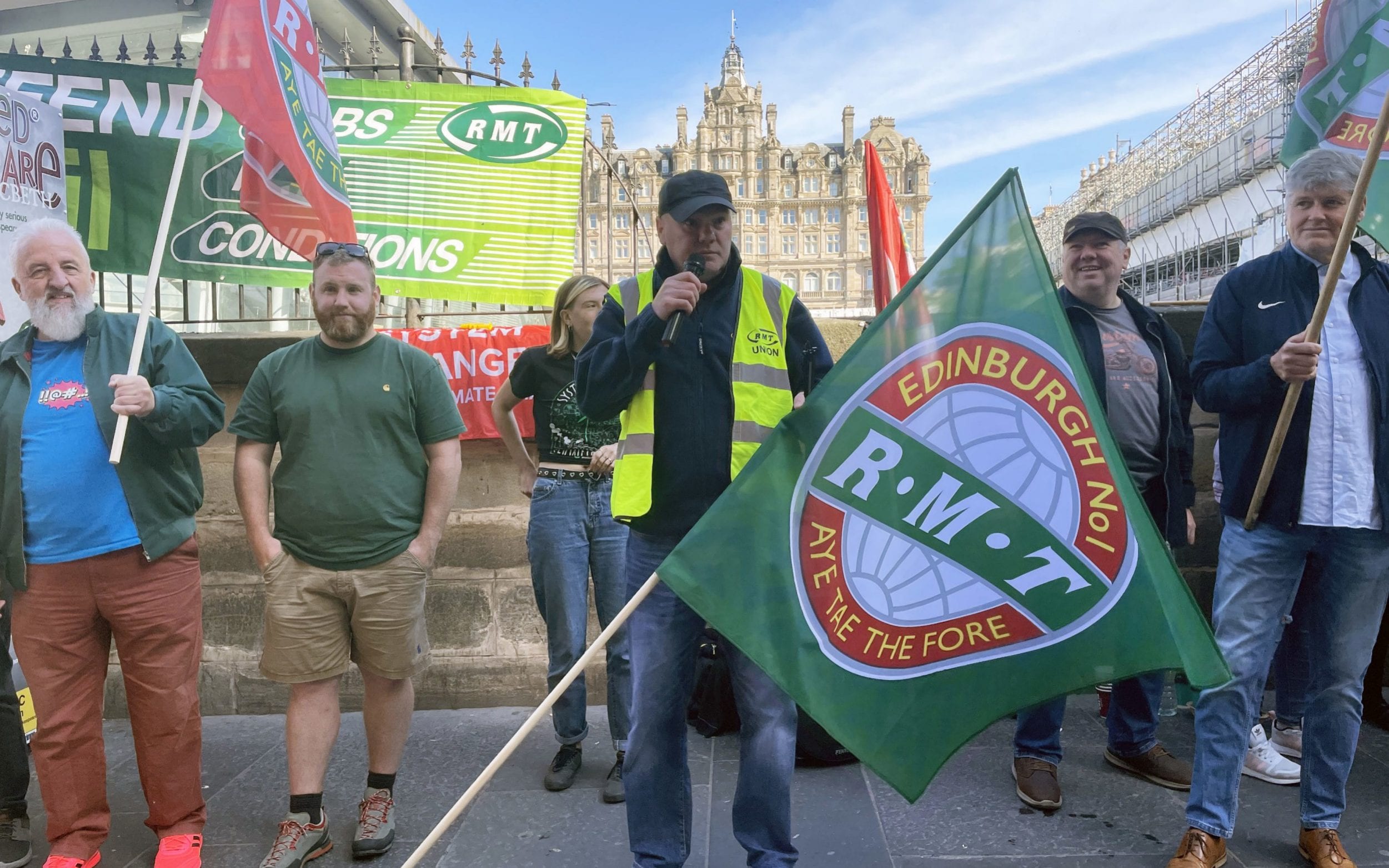 Rail passengers will suffer further travel misery on Thursday as thousands of workers stage strikes in long-running disputes over pay, jobs and conditions.

Members of the Rail, Maritime and Transport (RMT) union and 14 train operators, TSSA members at seven companies, and Unite members at Network Rail are striking after ongoing talks failed to break the deadlocked rows.

Rail services will be drastically reduced, with only around a fifth running and half of lines closed. Trains will only operate between 7.30am and 6.30pm on strike days.

On Friday, members of the RMT and Unite on London Underground will also walk out, as well as Unite members on London United bus routes in the capital in a separate dispute over pay.

Meanwhile on Saturday, rail workers will strike again, along with London United bus drivers, which will have a knock-on effect on services on Sunday morning.

‘We cannot tolerate being bullied into accepting a raw deal’

Mick Lynch, the RMT general secretary, said his union’s members are more determined than ever to protect their pensions, secure a decent pay rise, job security and good working conditions.

“Network Rail have not made any improvement on their previous pay offer and the train operating companies have not offered us anything new,” he said.

“Tube bosses are having secret negotiations with the Government about cutting costs by slashing jobs and undermining working conditions and pensions.

“Network Rail is also threatening to impose compulsory redundancies and unsafe 50 per cent cuts to maintenance work if we did not withdraw strike action.

“The train operating companies have put driver-only operations on the table along with ransacking our members’ terms and conditions.”