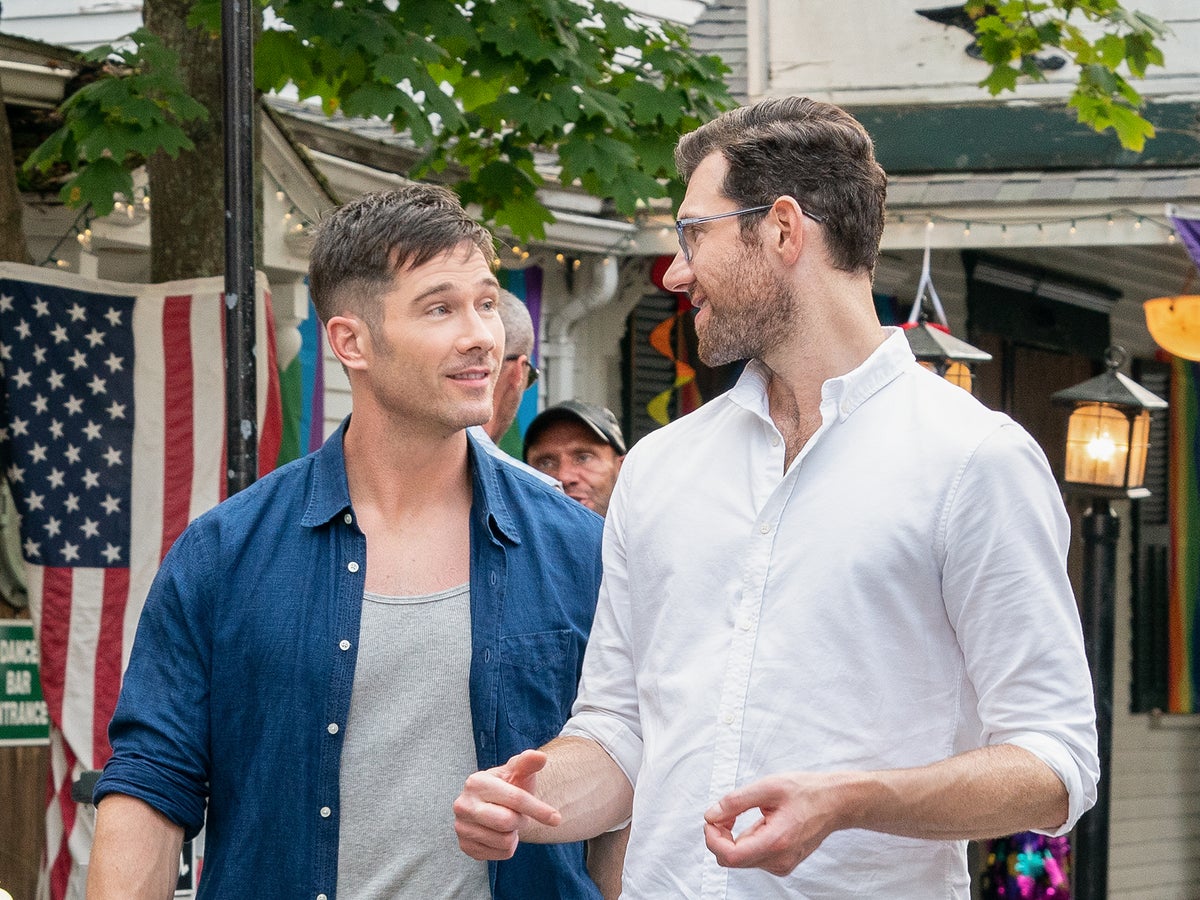 Bros comes bearing discourse wounds. After the much-hyped gay romcom bellyflopped its US release, its star and co-writer Billy Eichner raged against the dying buzz on Twitter. America’s “straight people, especially in certain parts of the country, just didn’t show up for Bros”, he declared, before urging anyone who isn’t a “homophobic weirdo” to check it out. Then came the thinkpieces: did Bros flop because of homophobia? Or because the romcom is dead? Or… because it’s a bad movie? Unfortunately, it’s the last one, since Bros is a big old mess.

A thrum of resentment simmers just under Bros’ metropolitan shine. Playing a perpetually single New York podcaster named Bobby, Eichner (who also co-writes) spends much of his film barking opinions at anyone unlucky enough to be nearby. He sneers at everything from unconventional monogamy and men with abs to the supposed heteronormative evils of Schitt’s Creek. Everything is terrible: straight actors playing gay characters and the straight audiences who love them; gay men more interested in working out than exploring gay history; gay men whose voices sound “too straight”; gay men whose voices sound “too gay”. Bobby isn’t so much a character as a living newspaper op-ed by the most exhausting columnist in the world.

Bros’ biggest problem is attempting to marry this kind of hectoring misanthropy with the conventions of an expensive romantic comedy. At a club, Bobby meets gym bro Aaron (Luke Macfarlane), who serves as a respite from an endless string of emotionless hook-ups and stilted Grindr chats. On screen, their romance lacks chemistry, heat or any of the sparkling back-and-forth that fuels romcoms – but they plow on regardless. Their dates unfold against an orangey, New York spring; they take summer sojourns to Cape Cod. It’s as if a mean, judgy cyborg and his himbo love interest have been dropped into a Nora Ephron movie.

In better hands, this could have been an interestingly cynical take on queer love on film – white gay misery rather than Meg Ryan cuteness. But that would clash with the kind of movie Bros wants to be. It wants the Woody Allen neuroses and the When Harry Met Sally wanders through Manhattan, despite scorning that very kind of movie at every turn. It also wants to be an inclusive project that reminds audiences of great queer strides in history, and features an almost entirely queer cast taken from across the racial and gender spectrum. But that grows increasingly insincere as the movie’s bi, lesbian, trans and non-binary supporting characters – and its queer people of colour entirely – are given absolutely nothing to do beyond embody shorthand caricatures. A scene at the film’s climax in which a non-binary person of colour is kicked off a stage so Eichner can sing a seemingly endless love song to his white, masc boyfriend is almost too apt a metaphor.

By attempting to be everything to everyone, Bros sets itself up to fail. You can feel that it carries the burden of being one of the first of its kind, just as Eichner’s Twitter implosion in the wake of the film’s release felt tinged with hurt and grief – a panic that its financial failure could have repercussions for gay cinema far beyond Eichner himself. But all that weight – much of it, admittedly, self-inflicted – is visible on-screen. Bros lumbers when it should glide, lectures when it should joke. Wherever you fall on the Kinsey scale, you’ll probably find it a miserable experience.

‘Bros’ is in cinemas from 28 October