BUFFY The Vampire Slayer star Nicholas Brendon has been rushed to hospital after suffering a terrifying “cardiac incident”.

The actor – who is best known for his role as Xander Harris in the hit 1990s drama – was taken to A&E for treatment, his sister revealed.

Nicholas, 51, whose character Xander was seen in all but one of the 145 episodes of Buffy The Vampire Slayer, was admitted following a health scare two weeks ago.

His sister took to his social media on his behalf to share snaps of him from the hospital, including him being carried on a stretcher.

A second photo showed Nicolas – who is also known for playing Kevin Lynch in Criminal Minds – hooked up to various monitoring machines.

“Nicky sends his love and wanted me to apologise that he hasn’t been going live as much lately and to give everyone an update,” his sister wrote to his Instagram fans. 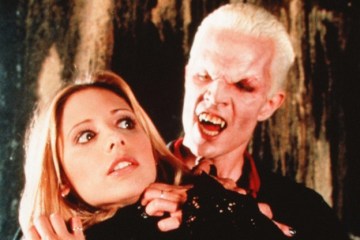 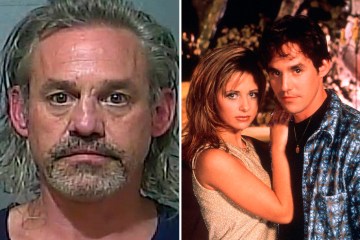 “Nicky is doing fine now but he had to be rushed to emergency two weeks ago because of a cardiac incident (tachycardia/arrhythmia).

“Some of you might remember he had a similar incident after his second spinal surgery last year (for Cauda Equina).

“This time he is trying to get a little more rest and has been concentrating on medical appointments.”

Shocked fans flooded the comments section to wish Nicholas better – sending him “healing wishes” as they told him they were “praying”.

“Get well soon Nicky! Praying for you,” one wrote alongside a heart emoji, while a second chimed in: “Sending healing wishes.”

Nicholas’ sister concluded the post with a series of hashtags, including the spinal condition Cauda Equina.

Nicholas has previously spoken about the painful condition, which has caused issues with his legs, back and genitals.

He was forced to step back from promoting his film, Wanton Want, last year as he took time to rest and deal with the condition.

“Right now he is concentrating on his health. He is not doing promotion for the film,” his manager told the MailOnline at the time.

“This past week and a half, things have turned drastically worse. He is suffering from paralysis in his genitals and private parts.”

Nicholas rose to fame as Xander in Buffy The Vampire Slayer in 1997 – and appeared on all but one of the episodes until 2003.

He went on to appear in Criminal Minds until 2007, as well as working on a number of his own films, with five projects underway.