When Sir Francis Drake returned home in 1580 after sailing round the world, he declared the Cape Peninsula to be ‘the most stately thing’ he saw on the entire three-year voyage.

It is still a wonder that astonishes visitors with its majestic peaks, flamboyant flora and bright sandy beaches, today enhanced by lush winelands and the vibrancy of South Africa‘s Mother City.

A firm favourite with British travellers, Cape Town is now emerging from two years of Covid-induced restrictions. Pre-arrival tests for fully vaccinated travellers have been dropped, but face masks remain mandatory in some situations. 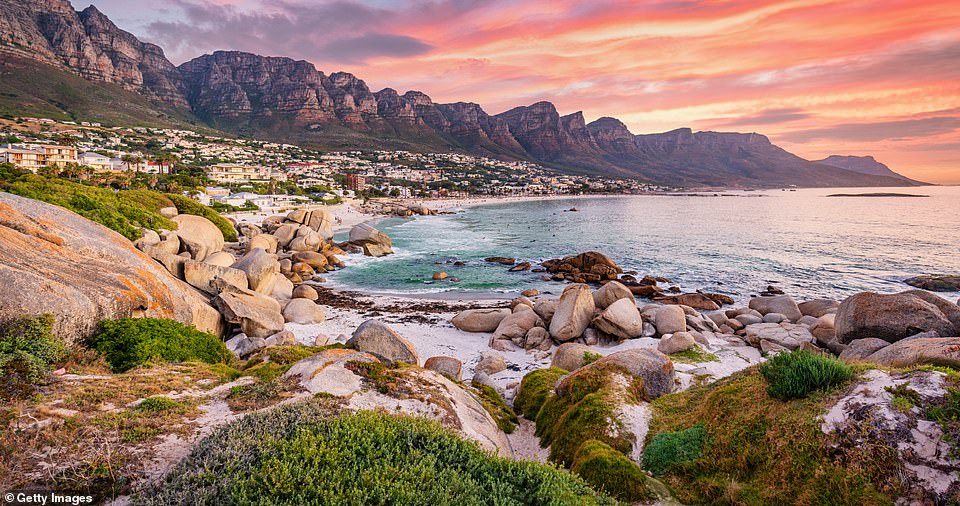 Wild time: A firm favourite with British travellers, Cape Town is now emerging from two years of Covid-induced restrictions, and there are plenty of new attractions for visitors to enjoy. Pictured, Camps Bay just outside the city

Tourism is up and running, but at about 30 per cent of pre-pandemic levels. That means no queues and attractive prices — in a week of exploring I regularly took Uber rides (the best way to get around) that cost less than £3 and sipped cocktails in top hotels for a fiver.

Cruise ships are returning and a host of fresh attractions has appeared, from zesty boutique hotels to superb art and culinary experiences. Safety issues are being addressed, with mayor Geordin Hill-Lewis drafting in additional police officers.

Staff in hotels and restaurants are genuinely happy to once again be serving international guests the delicious oysters, springbok steaks and fine South African wines we all love.

As it’s mid-winter in the southern hemisphere, this is the time to plan ahead for a trip, and with overnight flights and no jet lag you can get straight into your holiday. Visit in September for the blaze of spring wildflowers, or from November onwards for warm, cloudless days and a party atmosphere. Here’s our guide to the best new things to do…

JUMP ON AN E-BIKE 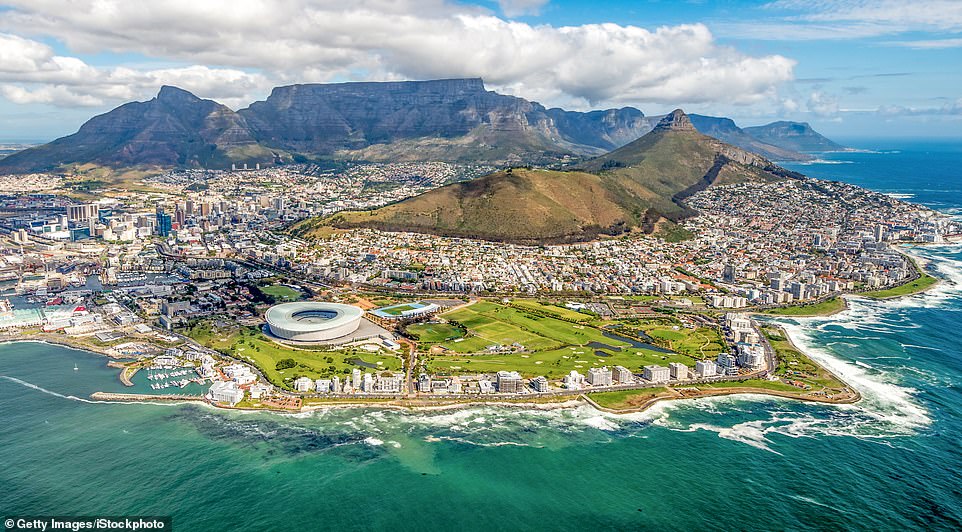 African Eagle has a full-day guided Table Mountain and Devil’s Peak tour from £70 including e-bike, cable car and transfers

Electric bikes are transforming the way you can explore the Cape Peninsula. Guided tours are available around the city, through the Stellenbosch wineries (with tastings) and in the West Coast National Park, cycling with ostriches, zebra and giraffes.

Particularly scenic is a 13-mile round trip on rough tracks flanking Devil’s Peak which includes the cable car ascent up Table Mountain. Take gloves and expect a work-out — the fat-tyred bikes are powerful but weigh 88 lb. 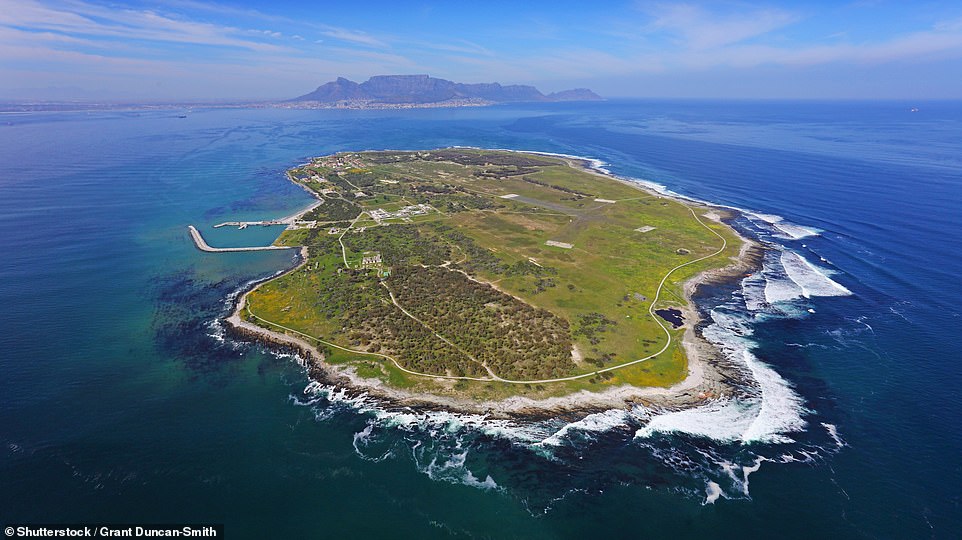 The new guided group walk on Robben Island (above), the prison island where Nelson Mandela spent 18 years, offers a longer alternative to the standard bus tour 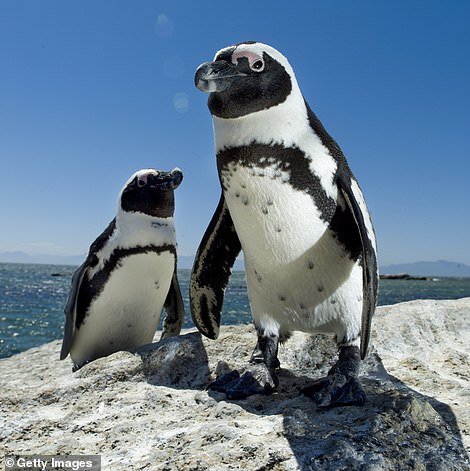 A trip to the low-lying prison island where Nelson Mandela spent 18 years is a thought-provoking mix of pilgrimage, scenic voyage and discovery. New this year is a guided group walk that offers a longer alternative to the standard bus tour.

On both trips you get to see the cells and meet a former inmate, but this adds an on-the-ground perspective, including time in the limestone quarry where prisoners toiled for eight hours a day. Sightings of African penguins, antelope and tortoises lighten the mood.

The latest is a new pre-school being built entirely from used tyres. The charity accepts donations, too (uthandosa.org).

STAY AT A CHIC HOTEL 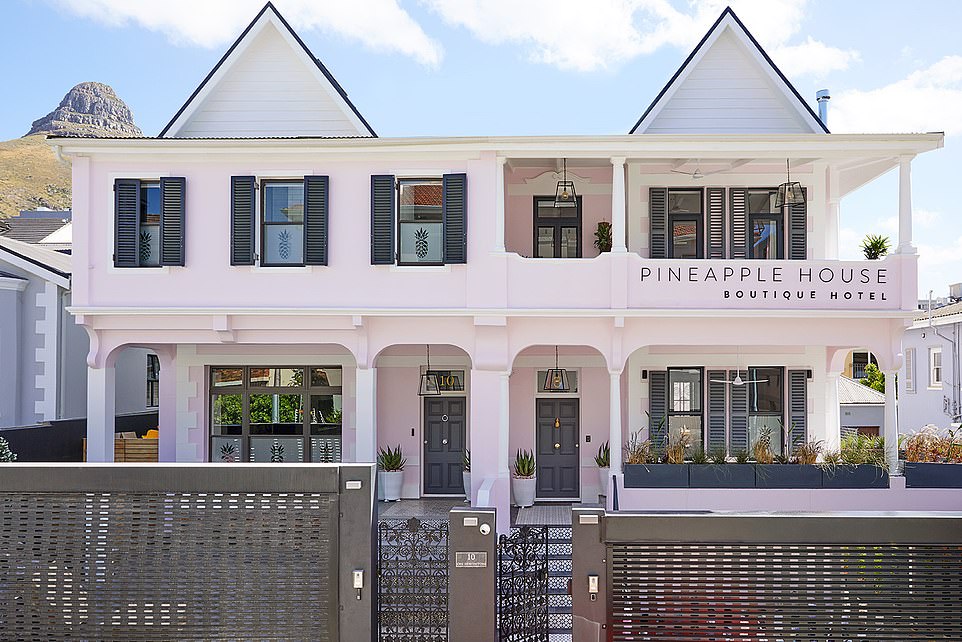 ALSO TRY: Close to St George’s Cathedral, the Old Bank Hotel opened in April in a former bank from 1902. The 50 rooms have a subdued, contemporary style with original wood floors, plus there’s a rooftop bar and plant-filled restaurant. Doubles from £95 B&B (oldbankhotel.co.za). 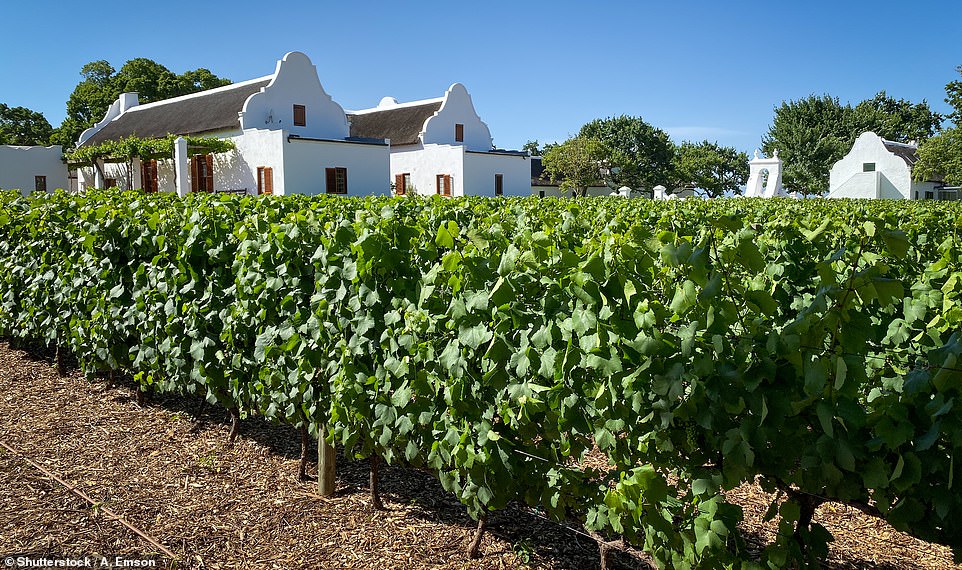 Babylonstoren is an Edenic farm, vineyard, restaurant and hotel a 40-minute drive east. In January it opened The Story Of Wine, an innovative, family friendly museum packed with entertaining exhibits from aroma tests to a brilliant virtual-reality film of how wine gets bottled. Who knew there were avid collectors of corkscrews, known as helixophiles?

Follow up with a tasting of the estate’s top-class wines made from 13 grape varieties.

BOOK NOW: Admission to the estate costs £1 including entry to the wine museum. Tastings are from £2 for three wines (babylonstoren.com).

ALSO TRY: Luvo Ntezo is a star sommelier at the One&Only Cape Town resort. He started life in a township and now offers expert tastings and winelands tours. From £38 for a sampling of five wines with cheeseboard (oneandonlyresorts.com). 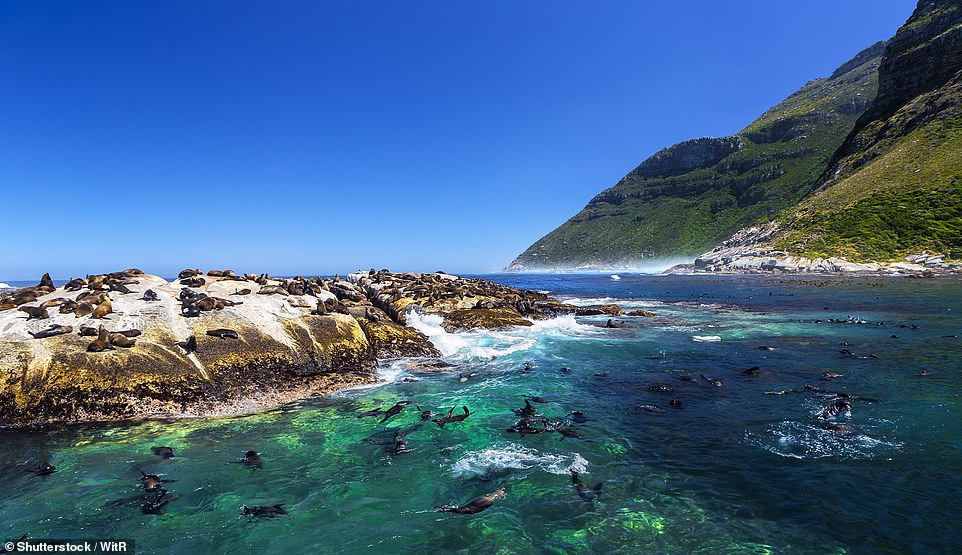 Take a boat tour to frolic in the sea with Cape fur seals. Above is a colony of seals near Hout Bay, south of Cape Town

The Oscar-winning documentary My Octopus Teacher, which poignantly describes how a local film-maker bonds with an octopus in the kelp forests fringing the Cape Town coast, has inspired a new appreciation of this valuable habitat that stretches as far as Namibia.

Book a guided snorkelling trip from the beach to learn more, or take a boat tour to frolic in the sea with Cape fur seals.

BOOK NOW: From £65 including a wetsuit and equipment (snorkelcapetown.co.za).

ALSO TRY: Waterfront Boat Tours has a new 53ft catamaran offering cruises to admire Cape Town from the sea. A 90-minute sunset voyage costs £26 and you can bring your own drinks (waterfrontboattours.co.za). 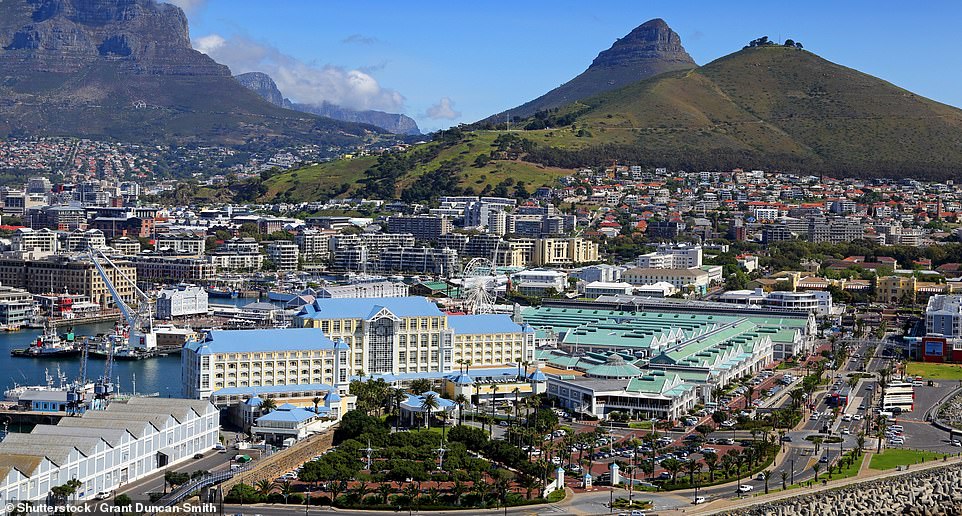 Siba is a new high-end restaurant that can be found at The Table Bay hotel, the large cream building pictured above

Tasting menus can get overwhelming, but not at Siba, a new high-end restaurant at The Table Bay hotel that started life as a pandemic pop-up.

ALSO TRY: Tea is taken seriously at the pink-and-white Mount Nelson Hotel, which opened in 1899 and has two dedicated tea sommeliers.

Afternoon tea in The Lounge features a choice of 40 teas accompanied by a deluge of savouries, scones and cakes, including the Nellie’s celebrated mushroom empanadas. From £22 — book well ahead (belmond.com). 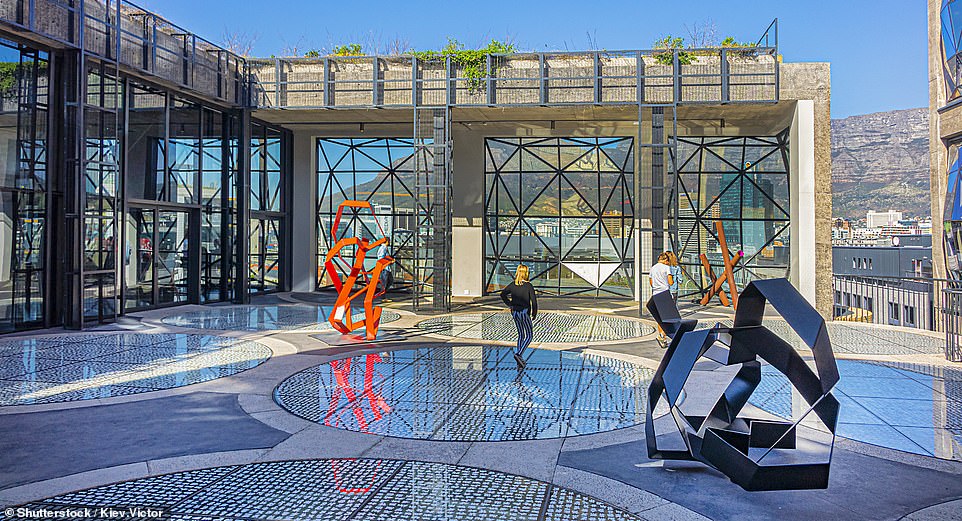 The Zeitz Museum of Contemporary Art Africa, pictured, has been wowing visitors for five years now

Housed in a former grain silo, the brilliantly designed Zeitz Museum of Contemporary Art Africa (zeitzmocaa.museum) has been wowing visitors for five years now — but there is another art space that is less well known but equally impressive.

A 25-minute drive south, the Norval Foundation showcases African art from the 20th century onwards, in a relaxed setting with a sculpture garden. Its airy restaurant serves local dishes such as Cape Malay bobotie (minced beef and rice). Perfect for a cultured, stimulating trip.

ALSO TRY: Cape Town is bursting with creativity, evident in bold street murals and shops full of brightly coloured clothes, crafts and art. Spier Arts Trust, which helps source art for the Johannesburg-born Nando’s restaurant chain (spierartstrust.co.za), is one of many downtown galleries that open late on the first Thursday of the month (first-thursdays.co.za).