An event that people rave about year after year and the wonderful organisers of this Northampton based scare attraction kindly invited us down to bring you this Dr Frights Halloween Nights 2022 review.

A walkthrough horror experience with an electric atmosphere is the standout description that I can conjure for Dr Frights Halloween nights. What the mazes lack in theming they make up for with incredible actors and unique scares and not to mention their wonderfully unique array of scare mazes.

From House of Wax to Grindhouse in Wonderland these unique mazes are unlike anything you will have seen at other Halloween events, the concept of the mazes is unique and imaginative but upon exiting each maze the execution for me wasn’t always there despite the wonderfully creative ideas.

Let us dive into the mazes at Dr Frights Halloween Nights 2022 as we bring you our thoughts on each of the 4 star attractions.

Killer Clowns of the Caribbean 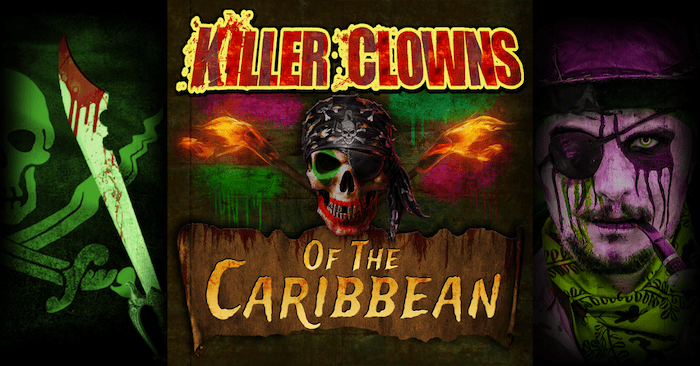 Batten down the hatches! The notorious killer clowns have commandeered a popular pirate themed attraction, transforming it into the perfect venue for their latest killing contest! Will you survive to tell the tale? Or will you end up another digit on the scoreboard?

Guard rails and cloth line this unique concept of a maze as we stroll through some winding corridors with incredible jump scares along the way.

The actors are all dressed up and this maze is full of them as they’re ganging up on you and jumping out from here, there and everywhere to get a scare.

I was very impressed with the way in which they crafted the scares, you won’t find your usual pop-out and ‘boo’ moment in here. Look to the sides of you, above you and even underneath and you’ll still get jumped with the unique ways the actors at Dr Frights get their spooky rewards.

What I didn’t like about this particular maze was the soundtrack. Blaring out dance anthems from an old Ministry of Sound album completely ruined the Caribbean atmosphere that’s for sure. So whilst the sets lacked anything even remotely Caribbean related the music ruined any sort of immersion into this maze.

I have no idea why dance music was playing throughout this experience but the actors’ dialogue was drowned out, many of the scares were muted as the music was drowning them out and overall I just thought it was a very strange choice to have this included as it detached me from the entire experience.

The crazed, chainsaw wielding hillbillies from our hit ‘Grindhouse’ series of mazes are back . . . and have taken up residence in ‘Wonderland’. A defunct fairytale village attraction deep in the louisiana swamps. Experience a blood soaked journey through a once magical land of enchantment. Welcome to your deadly never after!

Grindhouse in Wonderland weaved an Alice tale with a twist but once again blaring dance music ruined any sort of Wonderland atmosphere the maze was going with.

I couldn’t wrap my head around the music choices as numerous guard rails with limited theming lined the maze and the actors could barely be heard over the music.

Once again the jump scares were unique and fantastic but when you can’t really hear what they’re talking about you’re instantly detached from the experience. With both of these mazes (that included the music) they sadly became the two weakest mazes of the entire event. 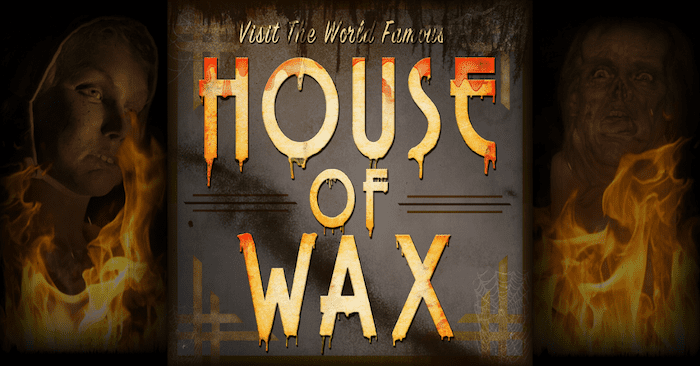 The House Of Wax was once a popular small town attraction. Until the local townsfolk labelled eccentric owner Madame La’trusse a witch! Sentencing her to a fiery death! But legend has it, she still haunts the rooms and corridors. Reanimating the twisted remains of her beloved wax works to take revenge on anyone who dares set foot inside.

Expecting to find corridors made of wax or wax models melting away I was greeted with limited theming and a few actors with drippy faces as House of Wax was certainly more House of Dolls or House of Mannequins than House of Wax. I don’t even recall seeing a candle within the maze.

A concept so brilliant for a maze that I was expected wax-carved corridors or similar with figures and unique carvings only to find maybe two rooms that were genuinely impressive including a mannequin corridor and some latex heads.

A House of Wax without the wax (did it melt away?) the idea behind the maze is incredible and there were some great scares but once again the execution of the concept was low budget, which is a real shame but having actual wax-related things within the House of Wax maze is certainly a good start.

Maybe my expectations were too high as I half expecting Paris Hilton to be inside and that was 99.9% of the reason why I walked in so optimistic and happy. 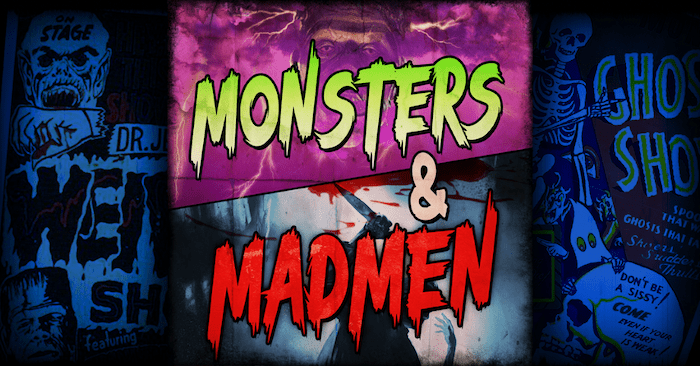 Reclusive millionaire Bob Bixby has spent years building up a terrifying collection of live exhibits for his ‘Monsters & Madmen’ museum. Prepare to come face to face with the worlds most feared killers, creatures and demons that lurk around every corner!

Another maze concept that blew me away as you walkthrough the history of cinematic killers. Meet Jason down one corridor, meet Freddy in another and look out for the Exorcist girl hiding in the ceiling. As always with the Dr Frights line-up you’ll certainly get the frights but walking through guard rails with signs up of the next room you’re about to enter and then having limited theming in the next room, it’s a shame it really is.

I did enjoy the Freddy room although a bit of fog and more red lights would have helped in there and using camo net to replicate a forest for the Alien section was a nice touch for a budget maze but I just didn’t feel like I was immersed.

I loved the costumes in this particular maze and as a movie nut I had a soft spot for just seeing the actors in costume but with a concept as incredible as this I was hoping the visual execution would have been much better.

Pasaje Del Terror hasn’t gone all out on their budget for some of their famous monsters section and it works in there. Sadly for me, guard rails and camo nets don’t exactly draw me into my favourite movie serial killer stories.

Dr Frights Halloween Nights 2022 have the frights in the bag, they have great jump scares and a wonderful atmosphere. A nice bar area and some great photo opportunities line the event and the actors go above and beyond to deliver the scares in their rather basic surroundings.

I can see why the event has had great reviews in the past as atmosphere is what makes these scream parks tick but for me it needs to be the full package and if they can just improve on the mazes to make them as good as their outside facades (some are incredible before you go in) then they’re onto a winner.

I also loved the batching system at Dr Frights where you wait in the batching area for a green light to tell you to go inside the maze and off you go. We rarely encountered another group in front of us and I thought this was a great way of handling the very large queues.

The queues themselves looked to be around an hour long each so I highly recommend a fast track as we managed to get into the mazes within 60 seconds of walking down the queue line every single time.

Thanks for having us Dr. Frights!