Spring 2021 marks the official beginning of production for the upcoming Five Nights at Freddy’s movie. 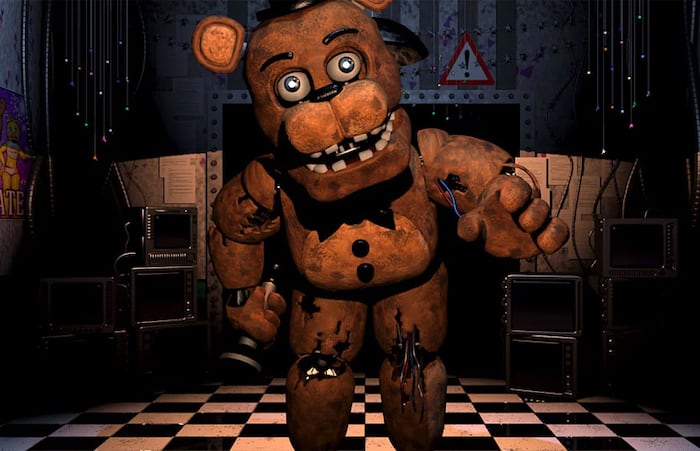 Development of the upcoming movie has been ongoing for many years now but with Blumhouse on board, the project has been fast-tracked with production beginning any day now (if not already).

Blumhouse confirmed late last year that the movie would be shot in Spring 2021 and shared a Reddit link to series creator Scott Cawthon.

Based on the popular horror video game, a man starts a job working as a night watch security guard at the restaurant Freddy Fazbear’s Pizza, where he discovers the animatronics move at night and will kill anyone they see.

I gave the screenplays a name, and I’ll include a brief synopsis, as well as what ultimately led to each screenplay being rejected.

Let’s get started!… Oh right, so onto the bad news.

The bad news is that there won’t be any more screenplays to add to this list since we’re officially making the “Mike” screenplay.

Home Alone and Harry Potter and the Philosopher’s Stone director Chris Columbus is attached as director with Scott Cawthon on board to write the project and Jason Blum, Columbus and Cawthon will all serve as producers.

What comes as a major surprise with the upcoming movie is that fans have already had a taster of what a more violent and ludicrous spin-off version could potentially look like. 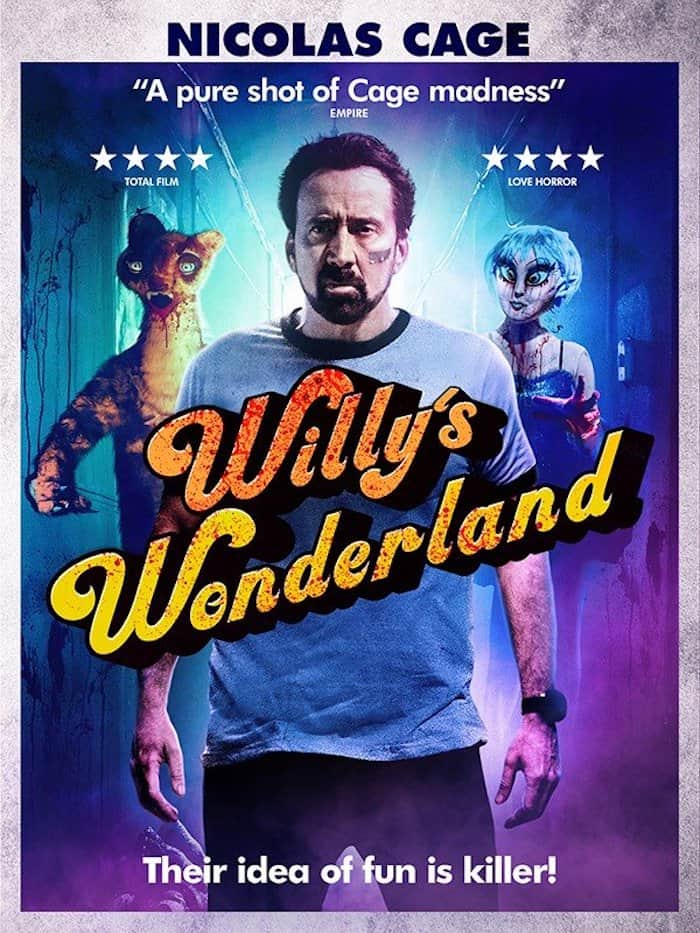 Serving as a janitor who has to spend (and survive) one night at Willy’s Wonderland in order to get his car repaired and handed back to him in the morning, mayhem ensues.

But Cage doesn’t break a sweat, the audience never knows his name throughout and he doesn’t flinch when these giant animatronics come to life with deadly effect.

It’s well worth a watch if you’re impatient like me and are waiting for this Five Nights at Freddy’s movie to be shot and released.

Sadly, news came late 2021 that the film has been delayed indefinitely due to director Chris Columbus leaving the project and issues with creator Scott Cawthon.

Harry Potter and Home Alone director Chris Colombus was on board to direct the film adaptation that was initially meant to be shooting in spring of 2021.

Jason Blum (head of production company Blumhouse) spoke to Collider recently where he mentioned that the movie is being held up with Cawthon disagreeing on a script.

“We’ve written multiple scripts, and we’ve got where we’re threading a needle, which is doing justice to Five Nights at Freddy’s and making Scott happy,” Blum said. “The only way that we would go about it is giving Scott… I don’t want to do something that Scott doesn’t like.

“Let me say that a different way. I don’t have the right to do anything Scott doesn’t like. Basically, Scott has kind of like the equivalent of ‘final cut’ and it’s taken longer than I hoped to get the right story.”

There was no discussion of a new director joining the project but Cawthon passing on numerous scripts is a strange move indeed. Cawthon said in November 2020 that he had passed on nine screenplays but ultimately settled on a draft which would be made.

It was finally announced on December 17th, 2022 that the movie has found two of its leading men as Matthew Lillard and Josh Hutcherson have booked roles in the movie although their characters haven’t been revealed.

We’re not sure if they’re playing human characters or providing voice-over for the game’s animatronics but the project does slowly seem to be moving out of development hell and into a new direction.

Emma Tammi is directing Five Nights at Freddy’s from a screenplay she co-wrote with Scott Cawthon and Seth Cuddeback.

Production is slated to begin in New Orleans February 2023.

Share
Facebook
Twitter
Pinterest
WhatsApp
Previous articleGangs of New York, Martin Scorsese and Harvey Weinstein at war: The tortured making of a modern classic at 20
Next articleGareth Southgate to remain England manager until after Euro 2024