Floyd Mayweather Vs Deji Fight Was a Bit of A Joke

God bless the highlights reel as I sit here feeling sorry for everybody who paid to see the Floyd Mayweather Vs Deji fight last night. 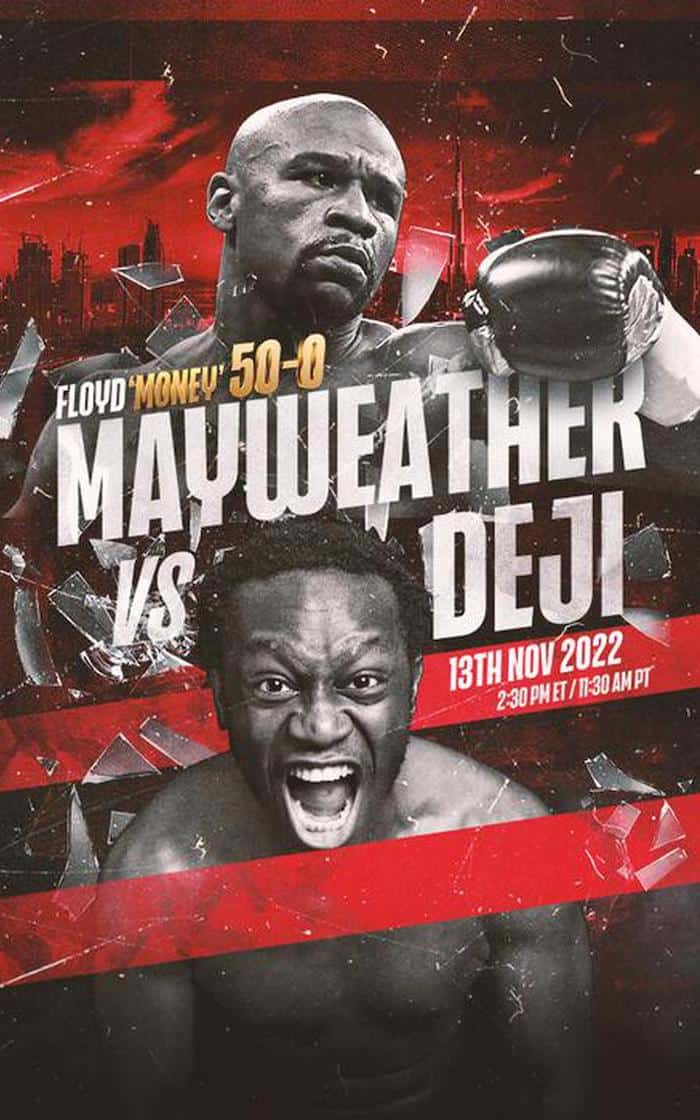 Floyd is forever getting involved in these post-retirement exhibition fights and with YouTube boxing becoming very lucrative it’s clear to see that Floyd goes where the money is. They don’t call him Money Mayweather for nothing.

After beating Logan Paul in an exhibition fight it was up to the younger brother of YouTubing sensation KSI to step in the ring with the undefeated 50-0 champ hot off his own TKO win against Fousey.

Mayweather never puts his unbeaten record on the line during any of these fights (just in case) but he rarely needs to as poor Deji was being humiliated throughout with Floyd dancing, acting as a ring girl and even goading Deji’s corner throughout the fight. Some even noticed Floyd pulling punches as footage emerged of him just toying with Deji as for four rounds Deji was pretty much in defence mode no doubt just happy to be in the ring and surviving against Floyd.

But Floyd never seems to try in any of these exhibition fights, just look at him and Logan. It seemed as though he could have put Logan down at any moment of his choosing but he decides to stretch out the fight so that people can watch more and enjoy more.

Enjoyment was not the story of the day with this particular fight and it became quite a joke as poor Deji was in there trying and Floyd was laughing all the way to the bank (quite literally).

Jake Paul quickly took to Twitter after the fight to say that Mayweather was ruining the sport of boxing with these exhibition fights but I’m sure that’s just Jake’s way of fuelling the fire to get his own shot at Mayweather one day.

With Mayweather approaching 50 years old and Jake refusing to fight a professional boxer or anyone under the sport retirement age, it’s clear to see why he’d be after Floyd for a money making match-up.

Floyd’s dance moves and swagger aside this wasn’t a boxing match, it was all a bit of a joke and quite embarrassing that people have paid for the fight.

I felt sorry for Deji too as towards the latter round he resorted to his own showmanship and started doing press-ups between rounds just like his brother KSI done at the O2 Arena earlier this year when he had two fights in one night.

Floyd didn’t like that and the second the last round began Floyd ended the fight there and then with a flurry of shots that the referee instantly put an end to.

The stoppage confused many as Deji was actually defending rather well and looked fine to continue, it was another sour taste for fans to endure considering Deji looked more than capable of carrying on despite the onslaught from Floyd.

It was a commanding display from Mayweather but there just didn’t seem like there was much effort from Deji to get stuck in there and make it more of a fight.

Logan Paul certainly hit Floyd with more shots and tried a little harder to put on a show but you’re in Floyd’s backyard and it’s quite scary how he dictates exactly how the fights go, orchestrating them at will and directing his own spectacle.

Fuelled by ego and showmanship Floyd will continue to be a draw for many despite what people may think of these questionable exhibition bouts.

As far as Deji goes, his next opponent remains unclear but it takes some balls to get into the ring with a real boxer and Jake Paul should really take some notes.

What did you guys make of the Floyd Mayweather Vs Deji fight?

Share
Facebook
Twitter
Pinterest
WhatsApp
Previous article“A friendly place to get some laughs and forget all the craziness”: A year of the Silent Comedy Watch Party
Next articleUK strikes revised deal with France on Channel migrants