Full list of rail and Tube walkouts for August 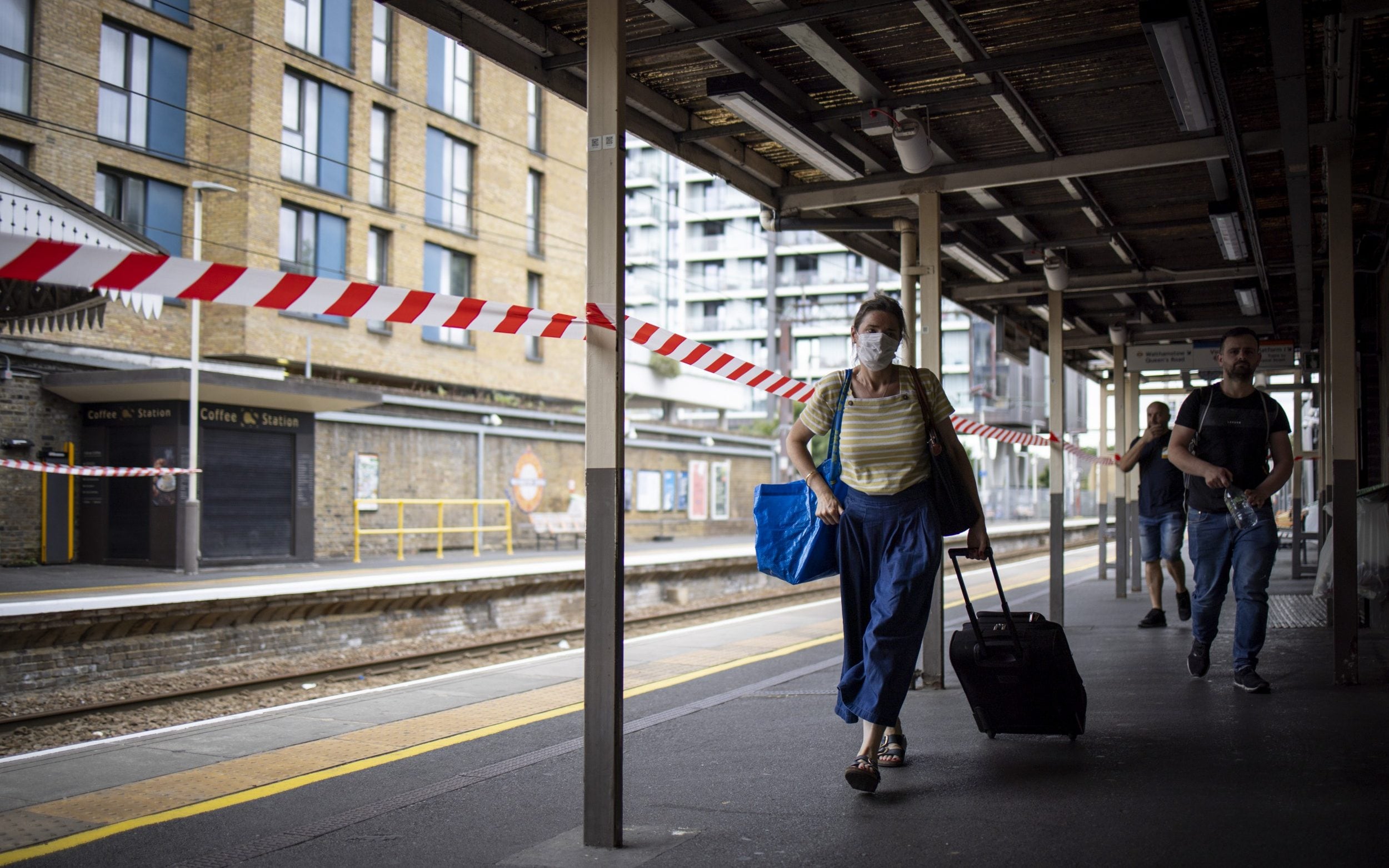 The summer of travel chaos wrought by rail strikes is far from over. Long-running pay disputes behind the industrial action mean disruption will continue in August, with the prospect of further rail strikes in September.

This week, just one in five trains will run due to rail strikes on today and Saturday, with only half of lines across Britain open.

Aslef was striking over drivers’ pay. Steve Montgomery, chair of the Rail Delivery Group, said: “The Aslef leadership has for the second time in as many weeks, decided to impose yet more uncertainty for passengers and businesses by disrupting passengers’ weekend plans.

“We call on Aslef to come to the table, so we can fund the pay rise we want to give our people while delivering the improvements in Sunday services and greater punctuality our passengers deserve.”

The Rail, Maritime and Transport Workers’ Union (RMT) is due to strike on August 18 and August 20 across 14 train operators and Network Rail.

Network Rail confirmed that only 20pc of services will operate due to the walkout.

There’ll also be a knock-on impact on days after the strikes, with service levels at only 70pc on Friday and 85pc on Sunday.

Here’s what you need to know about the Aslef and RMT strikes, and other summer rail travel chaos.

Which train operators will be affected?

Southeastern, which is wholly owned by the Department for Transport (DfT) and runs train services between London and Kent, as well as parts of East Sussex, will be also hit by the TSSA strikes. Stations potentially hit include London St Pancras, Victoria, Charing Cross and Cannon Street, as well as Dover Priory, Ramsgate, Ashford International, Dartford and Sevenoaks.

What days are train and Tube strikes happening?

Is there a Tube strike?

The RMT has announced another Tube strike on August 19.

RMT leader Mick Lynch said: “Our members will once again take to picket lines in this important dispute over pensions, jobs and conditions.

“They have been messed around by Transport for London and Mayor Sadiq Khan. Unless there can be assurances made about jobs, pensions and detrimental changes to working conditions, then our strike on August 19 will go ahead.”

Meanwhile, overnight action continues to affect the Central, Jubilee, Northern and Victoria lines every Friday and Saturday until December 6.

The London Underground came to a 24-hour standstill on June 21 when RMT members decided to go on strike in a row over how TfL is cutting running costs.

What are workers striking over?

The Aslef strikes are all about pay. Mr Whelan argues that members have not had a pay rise since 2019.

“We want an increase in line with the cost of living – we want to be able to buy, in 2022, what we could buy in 2021 – for those members – who were, you will remember, the people who moved key workers and goods around the country during the pandemic,” he said.

The August RMT train strikes are the latest in the union’s dispute over job security, pay and working conditions. Mr Lynch said: “The rail industry and the Government need to understand that this dispute will not simply vanish.

“They need to get serious about providing an offer on pay which helps deal with the cost-of-living crisis, job security for our members and provides good conditions at work.

“Recent proposals from Network Rail fell well short on pay and on safety around maintenance work. And the train operating companies have not even made us a pay offer in recent negotiations.

“We remain open for talks, but we will continue our campaign until we reach a negotiated settlement.”

The August Tube strike is over an ongoing dispute over pensions and jobs. The RMT said this call to action was “prompted by TfL’s refusal to share the details of a draft government proposal they received regarding funding of the transport system in the capital.”

Meanwhile TSSA members are protesting over pay, jobs and conditions.

“If ministers had any sense they would come to the table and sort this out, so we have a fair settlement for workers who were hailed as heroes in the pandemic,” TSSA general secretary Manuel Cortes said.

Can I get a refund or travel on another service if my train is cancelled?

According to consumer group Which?, the process differs based on which train company someone is travelling with, and customers can “only claim compensation during a rail strike for a delay based on the replacement or emergency timetable for train or replacement bus services”.

What is the Government doing about it?

The Government has already threatened new minimum service requirements that would require a certain number of trains to run during a strike. However, ministers have warned it could take months to draw up the new laws.

Grant Shapps, the Transport Secretary who has dropped out of the race to be the next Tory leader, was quick to condemn the strikes.

“On a salary of almost £60,000, it isn’t fair for train drivers to hurt those on lower wages with more walkouts,” he wrote on Twitter.