It’s Christmas like you’ve never experienced it this year in the gruesomely gripping horror Nutcracker Massacre released on December 12th. 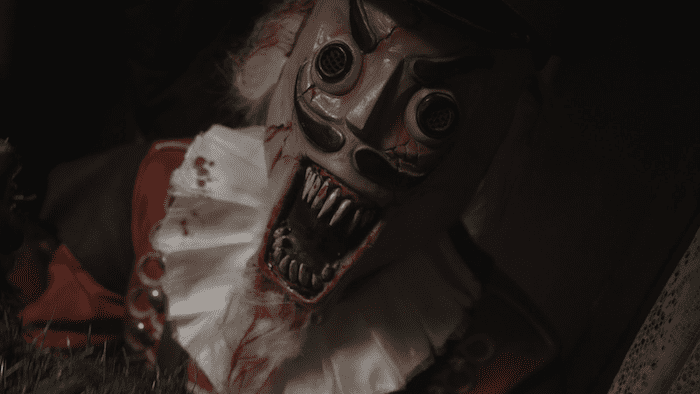 Clara, a struggling, young romance novelist, receives an invitation from her beloved aunt to spend Christmas holidays with her. When she arrives at the secluded countryside cottage, sees that her aunt has a life-sized nutcracker doll by the Christmas tree. Something about the doll unnerves her. That night, at the stroke of midnight, the star on the Christmas tree glows, as do the eyes of the life-size nutcracker. It comes to life and kills a delivery man who has come to the house – and its reign of havoc has only just started…

It’s beginning to look a lot like Christmas, as Hollywood star Patrick Bergin (Patriot Games) stars in NUTCRACKER MASSACRE, a wonderfully entertaining horror shocker about a giant nutcracker solider that comes to life and goes on a murderous rampage. 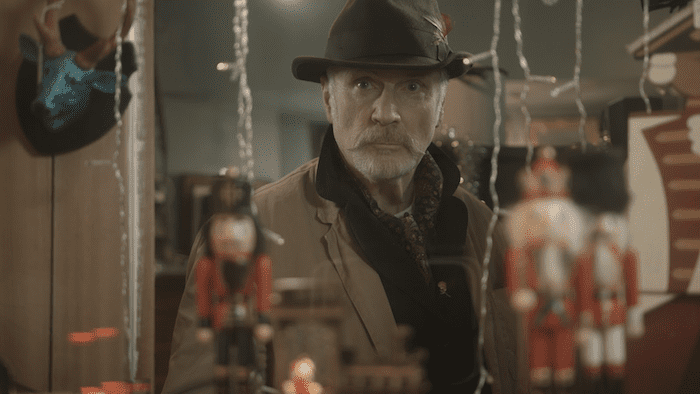 A murderous Christmas treat packed full of scares, gore and one wince-inducing scene that’ll put you off midnight snacking for life – and enough laughs to keep you from spending the whole time hiding behind the sofa, the film also introduces a new genre monster to audiences – the Nutcracker, a seven-foot murderous wooden Prussian soldier, that you wouldn’t want anywhere near your Christmas tree. Traditionally, soldier-shaped nutcrackers are supposed to ward evil spirits away from your home, not invite them in!

From the producers of cult chillers Fox Trap and The House on Elm Lake, and directed by Rebecca Matthews (Cam Girls, Cannibal Troll), the film is a no-nonsense scare machine that recalls the chills and thrills of the hugely successful Puppermaster movies. So forget chainsaws, nail guns, and slumber parties

NUTCRACKER MASSACRE IS RELEASED ON 12th DECEMBER ON DIGITAL PLATFORMS