Sitting comfortably at home with itchy feet to get out there and explore some scare attractions I hopped onto YouTube and indulged in maze POVs to bring you our thoughts on the Halloween Horror Nights 2022 mazes. 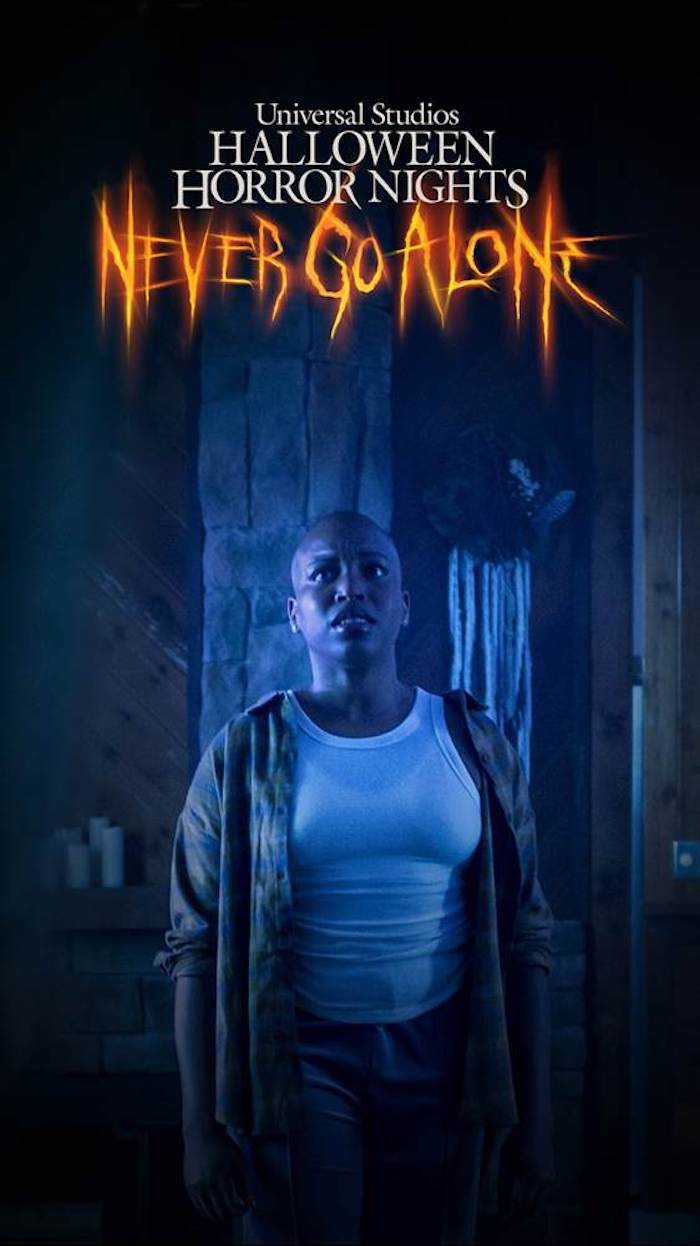 Universal mazes really aren’t built for jump scares, year after year and even during my own experiences the actors step out of a door, pretend to lunge towards you, stop and then retreat.

It’s very rare that a seasoned maze attendee gets a good jump scare through a Universal attraction and it’s usually more fun to watch others screaming and fleeing in terror than it is for us being scared.

Just like we did for last year’s Halloween Horror Nights 2021 review watching numerous POVs at this year’s event was no different, it’s why I watch them at home knowing full well I’d just stroll through them without a flinch soaking up all that beautiful costume design, scenery and atmosphere. That’s my bread and butter.

Without further ado here are my thoughts on the Halloween Horror Nights 2022 mazes.

The Weeknd: After Hours Nightmare

Having The Weeknd playing during a scare maze experience is certainly a weird combo as this upbeat music blares out whilst being stalked by creatures reminiscent of silent hill nurses.

Bandaged maniacs performing plastic surgery in an ode to the twisted macabre that is Hollywood but too many strobe lights and far too much glitz for it to be scary culminated in a mirror maze which was just as bad as The Weeknd’s Superbowl Half Time Show.

At the end of the experience, I really was blinded by the lights, from the insufferable strobes.

Gather your friends and visit Haddonfield, Illinois, where Michael Myers is about to don his mask and embark on his first brutal spree. Silent. Merciless. Relentless. He’s the embodiment of pure evil. You don’t want to go alone as you go back to where it all began. This year, step into the original 1978 horror classic, Halloween.

You’re living the story of Halloween, how could I not rate this maze high. A wonderful maze, beautifully themed, gruesomely immersive and with a stellar ending.

Hats off to you Michael!

The only reason this isn’t a 5/5 is because one other maze blows all the others away by quite some distance.

The Horrors of Blumhouse

Step inside a new double-feature of Blumhouse horror. Your scream squad will find yourselves trapped between a frantic teen and the ruthless serial killer she’s swapped bodies within Freaky. Then, you’ll try to make a desperate escape from the dark basement of The Grabber before you become his latest victim in the terrifying The Black Phone.

I don’t really think the theme of the maze really gelled with too many people, there’s too much chopping and changing and mixing things up too much only confuses people.

Quite a weak one which is surprising considering Blumhouse are an absolute powerhouse in frights, of which in this maze, there were none.

If you thought one Universal Monster was scary, how about three? Better summon your scream squad, ‘cause you’re about to get caught in the middle of an epic battle between The Wolf Man, Dracula, and The Mummy, together for the first time ever. Their mission: To find the amulet that will break their curse. And they’ll destroy anyone who gets in their way.

Whilst Universal doesn’t really deliver the scares too much (in my opinion) this one lacked any sort of possibility of even the slightest jump. It was a fun house full of history and nostalgia but with no real end scare or product.

A 1950s home of the future turns into a rampaging bug infestation as practical effects, screens and more combine to deliver terrors from start to finish.

Jump scares aplenty in this one and a great theme that’s so out there and crazy it actually works and works wonderfully.

Being terrorised by giant bug creatures that scene by scene try to out-gross the one prior this was one impressive walkthrough!

Spirits of the Coven

A coven of beautiful ﬂapper witches will lure you into their 1920s speakeasy, reveal their haggish true form and turn your scream squad into a witch’s brew. They’ll be cackling; you’ll be screaming.

About as scary as a walkthrough Disney attraction, very generic and dull from start to finish. So much potential was wasted with this one, if you skip it, you certainly wouldn’t have missed anything.

Visit a Latin American village where the legend of the creature Chupacabras is celebrated with a colourful ﬁesta. And the streets are lined with the crimson blood of tourists like you and your amigos.

Careful not to leave any of your scream squad behind as you descend the subway tunnels of a deserted New York. Lurking in the dark are hungry mutants looking to feast on the last remnants of humanity.

A bit of a one-trick pony this one but with a convincing set it’s worth doing but certainly nothing much to write home about.

Enter a prison whose savage inmates are monstrous creatures. If they break free from their cells, it’s a death sentence for everyone.

What looked on paper to be jump-scare city ended up being more playground shitty as this cell block was certainly one of the tamest experiences of the event.

What a shame, a real missed opportunity with this one.

In a New England ﬁshing village, undead ﬁshermen emerge from the waves to seek their revenge. You and your scream squad may have escaped their hooks in the scare zone. Now they’ll reel you in and drag you under.

Not only does this maze win the most jaw-droppingly beautiful in terms of theming I feel as though this particular maze wins the best of absolutely everything!

It’s strange how a Universal maze gave me such Pirates of the Caribbean feels whilst being located in a New England fishing village.

This is one maze in which you enter and feel completely immersed, you’re no longer in a scare maze you’re genuinely in the village and with a cold sweeping through the air, the mist and scent pods aplenty this might just take the crown for the best maze at this year’s event.

So there we have it, our thoughts on the Halloween Horror Nights 2022 mazes. One day I’ll get over there and experience them for myself, one day! Check out the event HERE