HEARTBROKEN Lauren Goodger picked up her daughter Lorena’s ashes and has brought them home after her tragic loss.

On July 10, Lauren, 35, revealed the devastating news that her new born daughter had died.

The star, who also shares one-year-old Larose with Charles Drury, said her final goodbyes to Lorena on August 5.

Over the past few weeks the star has taken a step back from social media to grieve.

Yesterday she posted that she finally has Lorena at home with her.

Sharing a snap of Larose standing next to a coffee table, Lauren said: “We picked up Lorena’s ashes today,” with a crying face, butterfly and angel emoji. 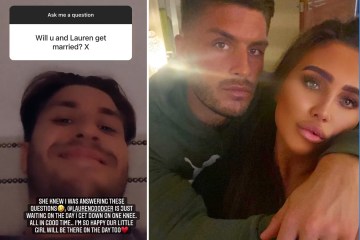 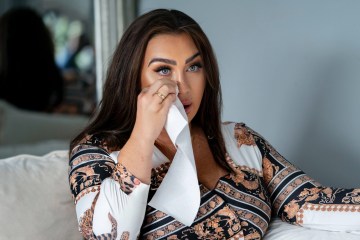 She added: “She is now at home with us.”

Lauren shared the heartbreaking news that she lost her daughter on Instagram, along with a picture of her holding daughter Lorena’s hand.

Lauren wrote: “She was the most beautiful healthy baby I’ve ever seen just like her sister @babylarose.x …

“Words can’t describe as a mother losing your baby that I carried for all these months perfectly and gave birth too for my angel to be taken from me 👼 .”

Last week, Lauren’s boyfriend Charles Drury was released on bail following claims he had attacked Lauren at her home just hours after they buried their daughter Lorena on 5 August.

Lauren was later seen with a black eye as she ran errands in Essex, and as she attended the funeral of ex-boyfriend Jake McLean on Tuesday.

Back in January it was revealed in January that Lauren is expecting her second child with the builder.

Lauren and Charles started dating back in October 2020.