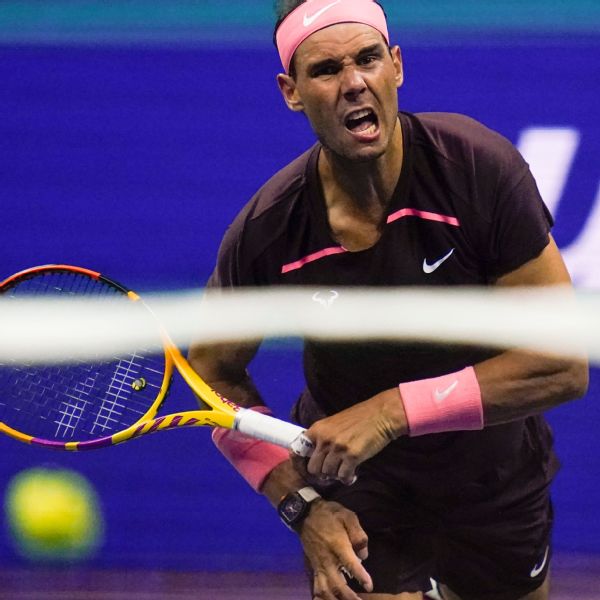 NEW YORK — After dropping the first set, Rafael Nadal rallied to defeat Rinky Hijikata in the No. 2 seed’s opening match at the US Open on Tuesday night.

Sluggish out of the gate, Nadal stormed back, much to the delight of the primetime crowd at Arthur Ashe Stadium. His 4-6, 6-2, 6-3, 6-3 victory ended with Nadal outlasting Hijikata in a grueling game that featured five match points.

Nadal did not show any serious lingering effects from the torn abdominal muscle that forced the 22-time Grand Slam champion to pull out of Wimbledon before he was supposed to play in the semifinals. That does not go down on his record as a loss, because he did not take the court for the match.

After the postmatch handshake Tuesday, a visibly relieved and enthused Nadal let out some emotion with several fist pumps and waves to the crowd after improving to 16-0 in the first round at the US Open.

“Very happy, it’s been a long wait,” Nadal said, after winning his first match in this tournament since 2019. “I felt that maybe I wouldn’t be back here again … so, thank you everyone.”

Nadal took advantage of the New York stage after the match, staying on the court long after it to hit tennis balls to fans, many who were still on their feet long after the postmatch interview. He will meet Fabio Fognini on Thursday.

“It’s about the process, to build off the positive things,” Nadal said. “Today, a three-hour match against a tough opponent. I want to stay positive. I’m here to play my best everyday.”

Earlier in the day, Carlos Alcaraz moved into the second round when his opponent was forced to stop because of injury in the third set.

Alcaraz, the No. 3 seed, led Sebastian Baez 7-5, 7-5, 2-0 when the Argentine player motioned that he couldn’t continue because of leg pain or cramps.

Alcaraz’s US Open ended last year in a similar manner. He reached the quarterfinals at 18, the youngest man to get that far in New York in the professional era, before stopping in the second set of his loss to Felix Auger-Aliassime because of an upper right leg injury.