This House of Dragon dagger has found a new home in Northern Island as GOT Weapons Master Tommy Dunne reveals the inspiration behind the making of the infamous Catspaw Dagger. 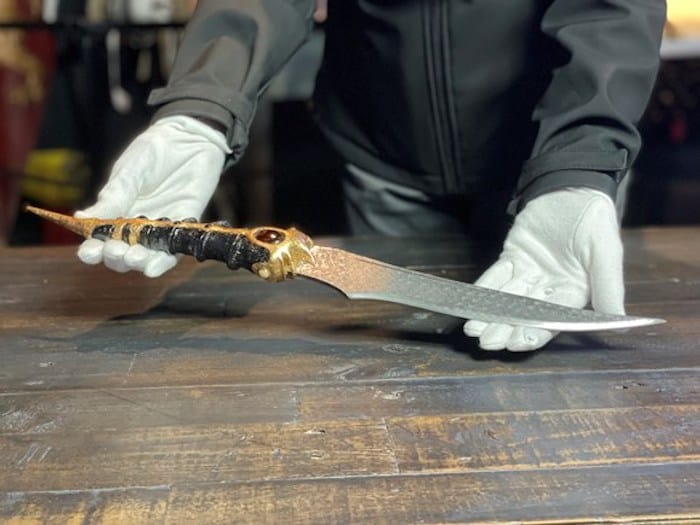 HBO’s House of the Dragon has brought millions of Game of Thrones fans back to TV screens around the world – and the successor series focusing on the Targaryen dynasty has shared one of the most iconic weapons from Game of Thrones – the Catspaw Dagger.

The original dagger is on display alongside screen-used costumes, original sets, and props at the official Game of Thrones Studio Tour in Northern Ireland.

The Catspaw Dagger was created by Game of Thrones Weapons Master Tommy Dunne, who revealed that the inspiration behind the design of the weapon came from a deer bone.

Game of Thrones fans got excited when the dagger was spotted in a trailer for House of The Dragon, setting off social media debate over its origin and role in the Game of Thrones story.

Wicklow-born Dunne said he did not know the origin of the Catspaw Dagger throughout the filming of the multi-Emmy-winning Game of Thrones. 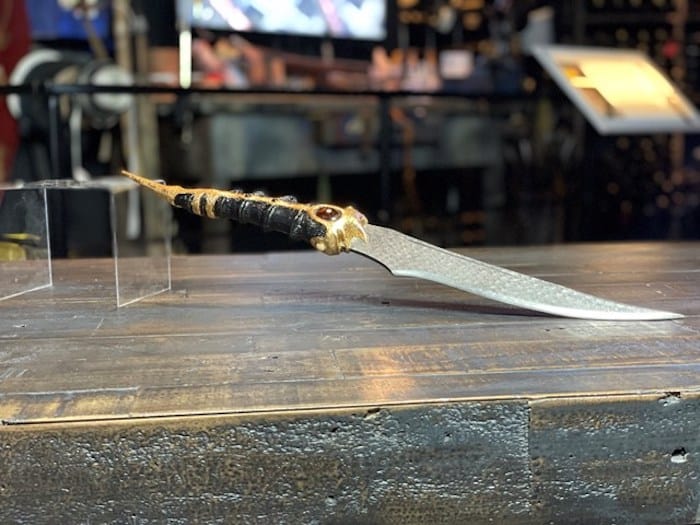 In an interview with Game of Thrones Studio Tour, Dunne said:

The only brief I was given for the Catspaw Dagger was that the ‘opulence’ had to be there and that it needed to have a Targaryen look and feel to it.”

Dunne used an Impala deer’s antler bone to create the legendary handle of the Catspaw Dagger. He got the bone in South Africa and had it in his workshop when first tasked to come up with the dagger’s design.

He added: “The shape [of the bone] is unusual, so I had to cut the tail end of it off. The tip [of the handle] is a Bodkin arrow. I glued that to the antler bone to create a feel to it.

Dunne said it was a “very proud moment” to see the dagger appear in House of The Dragon.

For me, it joins up the two worlds. I am proud of all the equipment and weapons made for Game of Thrones. It’s great that fans can watch the world of Westeros on screen, whilst also delving behind the scenes of the making of this world at Game of Thrones Studio Tour.

The Catspaw Dagger – a Valyrian steel weapon – first appeared in Season One of Game of Thrones during an assassination attempt on Bran Stark and continued to be a mainstay throughout the series’ record-breaking 8 Season run.

Game of Thrones Studio Tour is in Banbridge, Northern Ireland, where many of Game of Thrones’ memorable scenes were filmed at Linen Mill Studios, including the attempted assassination of Bran Stark, and Sansa Stark’s coronation as Queen of the North in the Great Hall of Winterfell.

For the full interview with Armourer Tommy Dunne, click here.

For more information and to buy tickets for the world’s only official Game of Thrones Studio Tour, go to www.gameofthronesstudiotour.com