I built a £20,000 treehouse but a neighbour complained and council ordered me tear it down… my kids were in tears A HOMEOWNER was told to take down a tree house in his garden he built for his kids after neighbours objected.

John Alpeza made the elaborate £20,000 ship-shaped structure for his boys aged 9 and 11 but one was left in tears when the council ordered him to tear it down.

But when neighbours objected he was told he had broken Toronto planning rules he was told to take it down in a heated council meeting that left one of his sons in tears.

The demand he tear down the treehouse ­- which he said was inspired by his love of ships – left Alpeza heartbroken.

“It’s nice to give the kids their own space, let them make their own little world,” he told CBC. 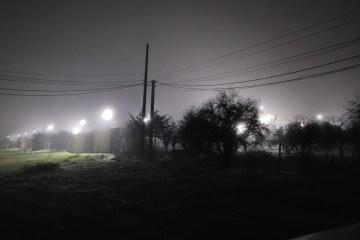 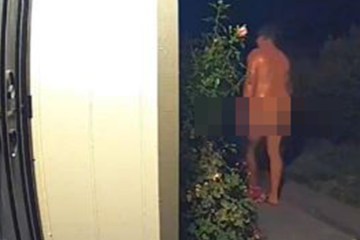 “Imagination is so important. They can use that to play, instead of video games again. They have a great time.

“The kids remind me a lot of times that I’m a great dad. They know that this is for them.

“It grew out of a need for the kids to enjoy the backyard more, and to get away from the TV, the internet, which I find as a big, big problem.

“The kids remind me a lot of times that I’m a great dad. They know that this is for them.”

Alpeza admitted that he didn’t have planning permission when he built the tree house and applied for it after it went up.

She said it blocked the sun, killed her rose garden and meant she couldn’t dry her laundry outside.

Another neighbour, Kate Lawson, said: “I feel that it’s overly large, is what I think. That’s why I brought it to the city’s attention.”

Alpeza launched an expensive legal battle to save the treehouse and eventually John and his neighbours agreed a compromise.

The tree house was move little further from the property line, lowered it by around three feet and a six foot fence built between the structure and his neighbour’s garden.

“We’re very excited and happy that we get to keep the tree house,” Alpeza told the Toronto Star after the 2017 decision.

“When we came home and told my boys they were jumping up and down screaming they were so happy and excited. I wish we had it on video.”

His local councillor Sarah Doucette said she was pleased with the tree house outcome saying: “I think it’s a fair compromise.”