I Came By movie review: An ‘evil Hugh Bonneville’ film that doesn’t know if it’s a comedy or a lecture 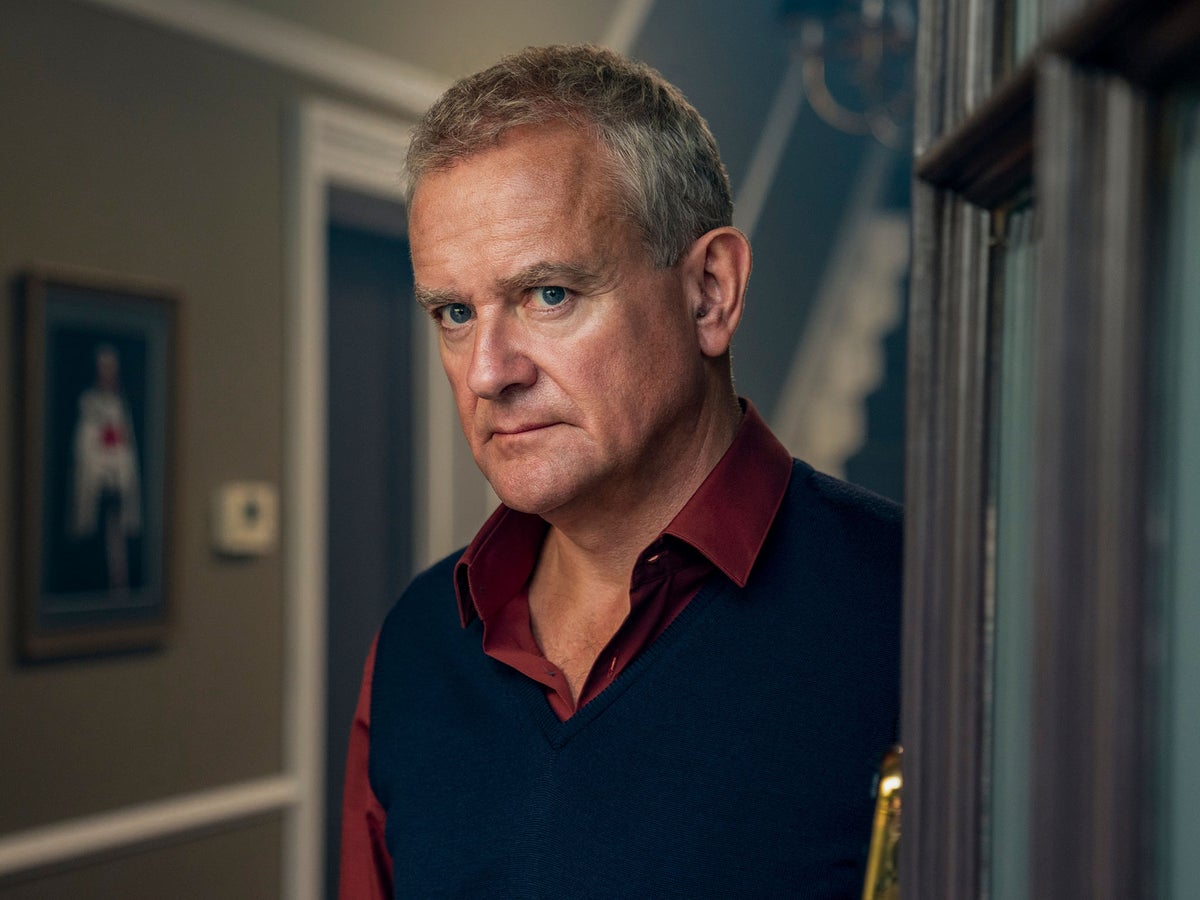 Exactly how much fun are we meant to be having with I Came By, Netflix’s latest glossy thriller? It features Paddington’s own Hugh Bonneville in the role of a duplicitous wretch, seen flushing ashes down his toilet with the creviced expression of a man who’s just been served subpar wine. A handful of scenes earlier, we catch him howling at the television, watching – of all things – an episode of the animated meta-comedy Rick and Morty.

His character, Hector Blake, popularly known as “St Blake”, is a former high court judge known for regularly accepting inquests on behalf of refugees. He insists to the disbelievers that, “if you knew anything about my career, you’d know that I’m anything but racist”. Just like the line, “I would have voted for Obama for a third term if I could”, in Jordan Peele’s Get Out, it should be read as an immediate red flag. But, unlike Peele’s modern classic, I Came By can never quite figure out whether it’s leading up to a punchline or a lecture. Its stated intention of recapturing the high-tension thrills of Hitchcock’s oeuvre – or the paranoid thrillers of the Sixties and Seventies – never translates, either. Instead, we find a well-intentioned work scrambling to find its voice.

Hector is made the target of a modern-day Robin Hood, Toby Nealey (George MacKay), who wields a spray-paint can instead of the traditional bow and arrow. His shtick is to break into the homes of the rich and corrupt, leaving graffitied messages on their Farrow and Ball-painted walls – a reminder that their ivory towers will always be scalable. Toby’s partner-in-crime, Jay Agassi (Percelle Ascott), is expecting a baby with his girlfriend Naz (Varada Sethu). He wants out. Not everyone can be like Toby, who’s still relying on his frazzled but loyal mother, Lizzie (Kelly Macdonald), to clean up his messes in the kitchen while he pursues his idealistic vendettas. All Lizzie really wants to do is pour her big glass of wine and watch The Great British Bake Off without her son admonishing her for indulging in supposedly low-brow culture.

So Toby takes on Hector as a solo project, convinced that the judge’s squeaky clean reputation is all PR spin, one that conceals a long family history of imperialist sentiment. He finds more than he bargained (or prepared) for: a door, hidden behind a bookcase, with the shadows of footsteps on the other side, revealing that Hector has a lot more than a conservative ideology to hide.

On paper, I Came By has all the necessary goods: a sort-of heist thriller embedded in the realities of class and race in modern Britain, where a corrupt system means everyone ignores the shuffling and muffled screaming coming from the high court judge’s basement. And the film’s director, Babak Anvari, certainly has form when it comes to lacing genre fare with a distinct social consciousness – his excellent debut, the Persian-language horror Under the Shadow (2016), explored trauma within a war-torn, post-revolutionary Iran through the lens of a classic Djinn story.

Bonneville, whose roles in Notting Hill and Downton Abbey have somewhat pigeonholed him in the role of hapless toff, is certainly playing against type. But beyond a few borderline parodic images of upper-class menace – his weapon of choice is a cricket bat – his performance here feels far too measured to really turn those preconceptions on their head.

It’s somewhat of a fatal blow to I Came By, with Anvari and Namsi Khan’s script otherwise failing to find its stylistic hook. It may be the rare thriller that doesn’t actively sideline its female characters, but neither Macdonald nor Sethu get to venture outside of the boundaries of “concerned loved one”. And the film’s distractingly scattered in its attempt to capture the full breadth and width of its social commentary. In fact, it’s so stuffed with tangentially related ideas that even its timeline feels confusing and difficult to follow, signalled only by the erratic changes in McKay’s hair colour. For my own part, I spent so much of I Came By trying to keep up with what was going on, that I left the film slightly clueless about what exactly I was meant to feel.

‘I Came By’ is in cinemas from 19 August, and will stream on Netflix UK from 31 August