We were sent a screener to bring you this Jeepers Creepers Reborn review but I kind of wish they didn’t! 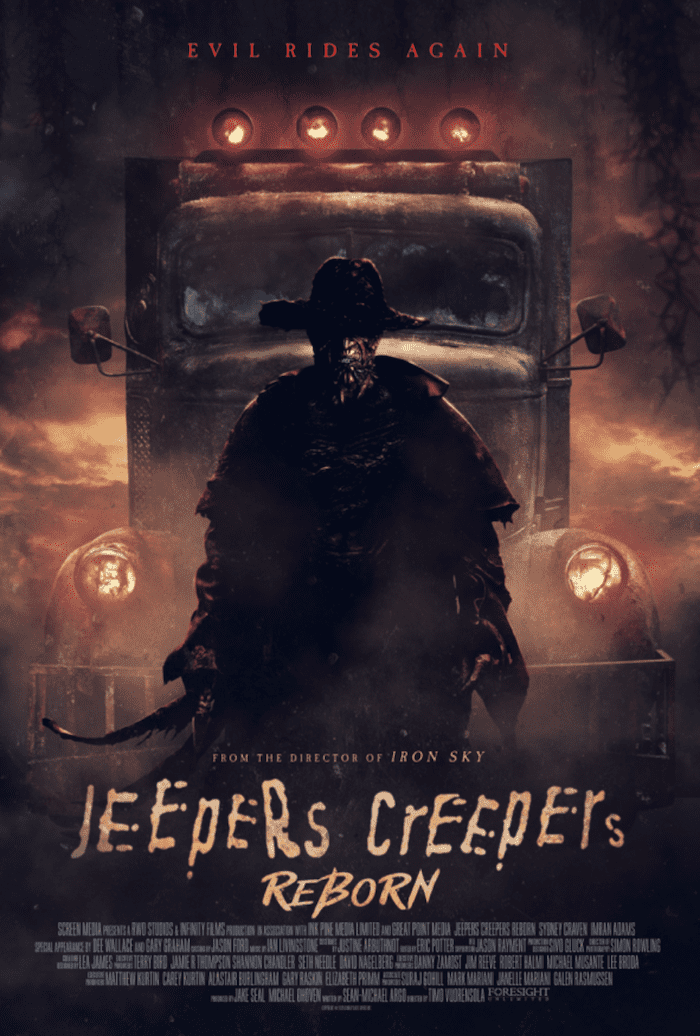 Chase and Laine head to the Horror Hound Festival, where Laine begins to experience unexplained premonitions and disturbing visions associated with the town’s past, and in particular, local legend the Creeper. As the festival gets underway and the blood-soaked entertainment builds to a frenzy, Laine believes that something unearthly has been summoned and that for the first time in 23 years, the Creeper is back.

I went into Jeepers Creepers Reborn hoping for a fresh start, new beginnings and a new lease of life breathed into a franchise that was dying on-screen as well as off it.

Sadly my optimistic expectations lasted about 3 minutes into the slow, dull slog of an opening in this absolute trainwreck of 2022.

What distracted me throughout Jeepers Creepers was the cheap green screen effects that were plastered throughout this movie from the car journey in the beginning to some ghastly scenes towards the end, it’s horrific to witness and the film’s low budget is shown up by tacky SPFX work.

The Horror Hound festival scene is a personal favourite as it looks the part and with the majority of the film focused around this one event I was hoping it had a much longer screen time. Sadly not. 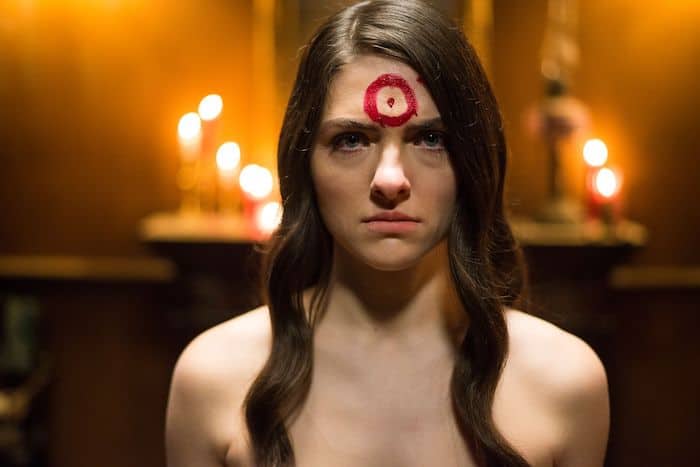 Horror Hound is beautifully shot with this vibrant and spooky festival atmosphere and in those scenes, I was immersed in what I was watching rather than paying attention to the rather wooden and quite frankly awful performances on-screen bar Sydney Craven and Imran Adams.

Sydney’s character Laine starts out rather annoying as she seems to be stringing Imran Adams (Chase) character along with monotone enthusiasm and delivery. She just seemed so fed up in her relationship and then in the next scene is completely different with absolutely no explanation for her contrast in attitudes. Borderline personality disorder? Who knows.

Jeepers Creepers Reborn is supposedly the first movie in a trilogy but I feel for many after viewing this particular instalment two more movies may be hard to endure.

There’s nothing new added to this particular movie and it’s easily forgettable. The gore moments are average at best and there’s absolutely no saving grace other than the festival and how it looks on screen.

Say goodbye to the creepiness of the original movies and say hello to a plot hole-filled mess where the character’s actions make zero sense and the whole direction of the film feels completely bonkers to the point where I questioned if anyone had actually written a script or whether it was just ad-libbed from start to finish.

Diving into premonitions and voodoo and certain events within the story that make zero sense to the point where I just gave up trying to find the positives.

Other than the horror festival and the beautiful old and decaying house at the end of the movie, I can’t find any saving grace to this dumpster fire. Why have two beautiful physical sets to shoot in and then ruin the rest of the movie with cheap green screen trash?

The ridiculously written characters (especially the couple at the beginning of the movie) absolutely deserve everything that comes to them as their logic defies reason. Oh let’s go back to where we just saw that guy dump a body, just to see if it’s a body. Erm no, you get your ass out of there, you don’t turn around and investigate!

Easily the worst horror movie I’ve seen this year and I’ve seen some stinkers! The green screen is an annoying distraction that makes the film feel even cheaper than what is being portrayed to us through dialogue on screen.

With many corners cut in all departments of the filmmaking process, I can’t quite wrap my head around why this film was made. Isn’t the idea of sending this tainted franchise in a new direction consist of actually making a film better and not worse than its predecessors?