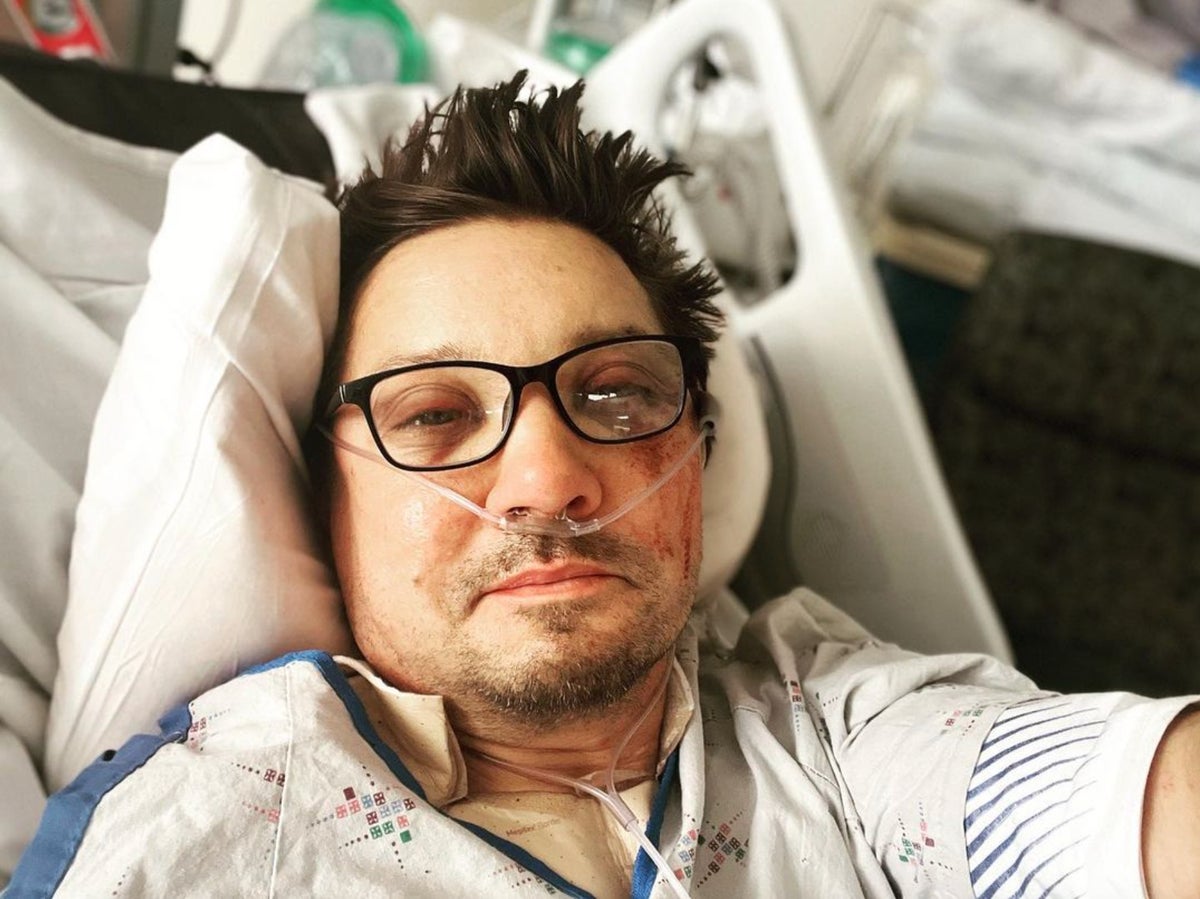 Jeremy Renner in ‘critical but stable’ condition after ‘weather-related’ accident

Actor Jeremy Renner has undergone two surgeries at a Nevada hospital after suffering serious injuries in a “tragic” snowploughing accident.

The Hurt Locker star is “conscious, stable and speaking” and reportedly underwent the surgeries as part of his “long road to recovery”.

“We can confirm that Jeremy has suffered blunt chest trauma and orthopaedic injuries and has undergone surgery today (2 January),” Renner’s family said in their original statement. “He has returned from surgery and remains in the intensive care unit in critical but stable condition.”

In a press conference on Tuesday (3 January), Washoe County Sheriff Darin Balaam described how a family member had been driving Renner’s car, when it got stuck in the snow.

“He went to retrieve his PistenBully or SnowCat – an extremely large piece of snow-moving equipment – to get his vehicle moving,” Balaam said. “After moving the vehicle from the stuck location Mr Renner got out of the PistenBully to speak to his family member and it started to roll.

The plough accidentally ran over one of the actor’s legs, despite a large array of safety features, leading to major blood loss, a neighbour said.

In his first post since the accident, Renner shared a selfie from his hospital bed with the caption: “Thank you all for your kind words. Im [sic] too messed up now to type. But I send love to you all.”

Renner, 51, was met with an outpouring of support from his fans and Marvel co-stars, including Chris Hemsworth, Taika Waititi and Chris Pratt.

Balaam began: “On Sunday morning at 8:55am, a 911 call was received for a 10-50, or a crash involving a Snowcat versus pedestrian. The subject had been run over by a Snowcat in the area of Mount Rose Highway.”

Elaborating on the weather and road conditions at that hour, Balaam said: “The previous evening, we had seen approximately three feet of snow fall in the Mt Rose area, and multiple cars were abandoned on the multiple roads, including Mt Rose Hwy.

“Additionally, while it was not snowing at the time of the accident, Mt Rose Hwy was closed at that hour because of severe winter weather, of snow which had not yet been removed from the highway.”

Balaam shared that the first Washoe County Sheriff’s unit arrived on-scene at 9:30am, explaining that the “delay was a direct result of the weather, the traffic – moving around abandoned cars in the roadway – and the closure of Mt Rose Hwy”.

“At 9:37, care flight landed in the vicinity of Mt Rose Hwy,” Balaam added. “At 9:56, Mr Renner was taken via care flight to a Reno area hospital.”

Everything we know about Jeremy Renner’s snow plough accident

Amidst all of the online chatter and confusion about some of the facts of his accident, read Joe Sommerlad’s helpful piece below.

Will Renner be able to walk?

Initial reports following the incident said that the actor had lost a large amount of blood from his leg after the snow plough ran him over.

While the extent and impact of his injuries are unknown at the moment, it has been shared that the actor sustained blunt chest trauma and orthopaedic injuries during the accident.

As of now, he has undergone two surgeries to treat “extensive” injuries sustained in the accident.

“Tough as nails. Love you buddy,” the Captain America star commented on Renner’s first Instagram post since the accident.

After Jeremy Renner posted a selfie from his hospital bed, the star has been inundated with support from fans, colleagues and celebrity friends.

His fellow Marvel-mates, Chris Hemsworth and Chris Pratt, have shared their tributes in the form of replies on Instagram.

Meanwhile, Pratt, who plays Star-Lord in the Guardians of the Galaxy films, commented: “Continued prayers your way brutha.”

In recent weeks, Jeremy Renner has become known in his Nevada neighbourhood for helping with the mounting snow.

According to Sheriff Darin Balaam, the Hawkeye star is a “great neighbour” and always uses his snow plough to clear local roads.

“Throughout the community, he has been very generous and he’s one of those individuals that most of the time you don’t know he’s doing it, but he has made a tremendous impact on this community,” he told US media.

Jeremy Renner’s injuries occurred after he was run over by his PistenBully, a piece of snow-ploughing equipment.

According to reports at the scene, Renner had been trying to rescue his car, which had become stuck in the snow. After he stepped in front of the PistenBully, the heavy-duty snow groomer started to roll and ran him over.

A PistenBully is said to weigh at least 6500kg, making it three times heavier than a standard car.

Among those is Jimmy Fallon, who wrote replied : “Lotsa love out there for you bud”.

Renner’s Marvel co-star Paul Bettany, who played Vision in the Avengers films and WandaVision, wrote: “Love you mate. Sending you love and healing.”

Authorities do not suspect any ‘foul play’

According to Sheriff Darin Balaam, Renner’s injury is being treated as a “tragic accident” by police.

“We do not believe that Mr Renner was impaired at all and this was just a tragic accident. We do not suspect any foul play,” he said.

“It was on a private road, he was being a great neighbour and ploughing the roads for his neighbours up there.”

One of the celebrities who has publicly sent a message of support to Renner is his Marvel co-star Mark Ruffalo.

On Monday (2 January), Ruffalo reposted a news story on Renner’s condition to his Instagram Stories, and asked fans to send prayers and well-wishes to his colleague and friend.

“Prayers up for our brother @jeremyrenner on a full and speedy recovery,” he wrote.