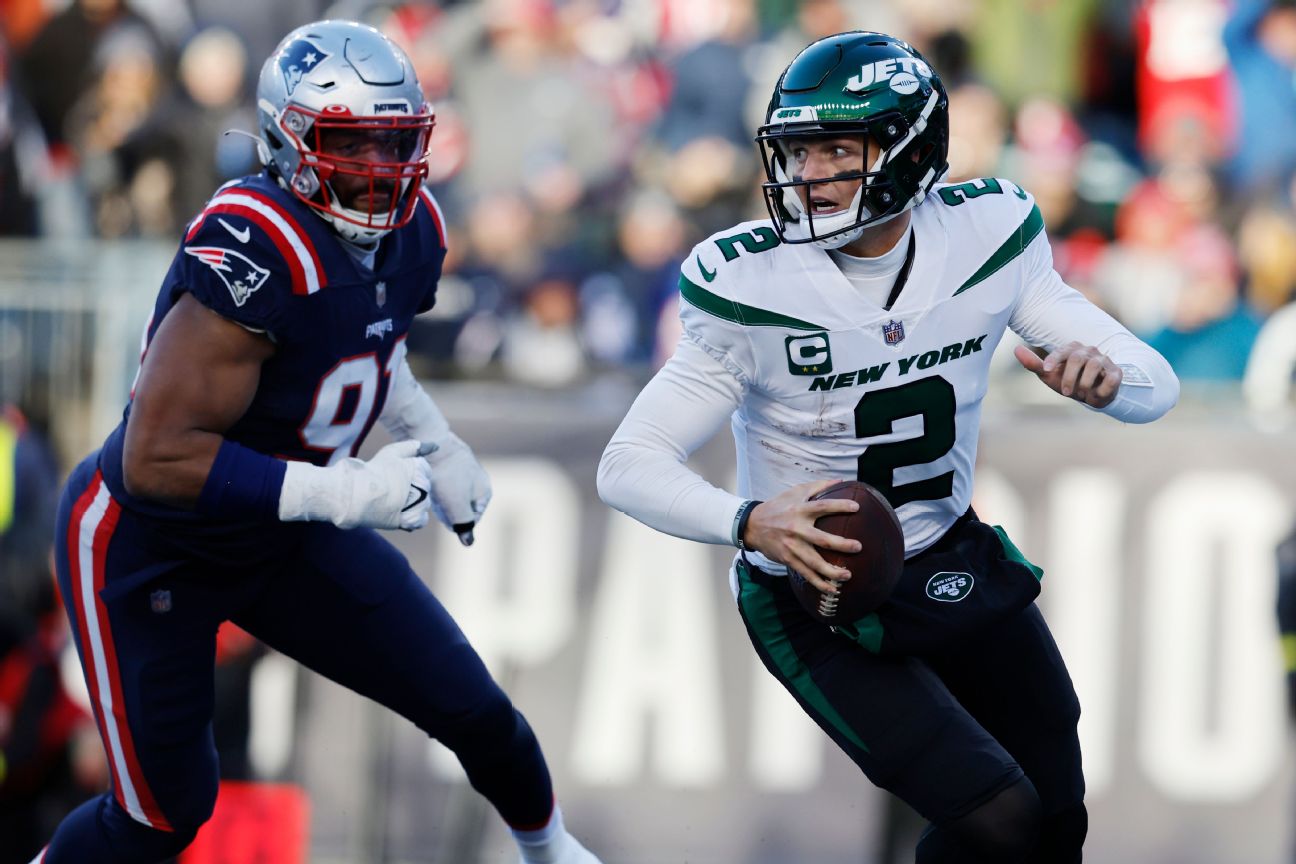 Three weeks after saying Wilson would be the starter for the remainder of the season, barring injury, Saleh was noncommittal Monday on whether the 2021 second-overall pick will start Sunday against the Chicago Bears.

This marked the first hint of doubt from the organization about Wilson’s status as the No. 1 quarterback.

“We’re keeping everything on the table over the next couple of days,” Saleh said.

Asked if he’s prepared to name Wilson as this week’s starter, he said, “Not right now, not until I’m done evaluating everything.”

Wilson was informed of his status by the coaches, essentially leaving him in limbo.

Mike White is next on the depth chart, followed by Joe Flacco, who started the first three games as Wilson recovered from a preseason knee injury. Saleh didn’t rule out either quarterback as a potential replacement.

Wilson is 5-2 as the starter, but he played poorly in two of the last three games — both losses to the New England Patriots. He completed only nine of 22 passes for a career-low 77 yards in Sunday’s 10-3 loss. Afterward, he showed little accountability with comments that went viral. Asked if he let down the defense, Wilson said simply, “No. No.”

Some defensive players were upset by the remarks, sources said.

“Is it a mistake? Sure,” Saleh said. “Is it something he’ll be better from? Absolutely.”

He said Wilson needs to understand “it’s our job to take the bullets and own it,” adding, “I don’t think it’s indicative of how he feels about his team or his teammates.”

At 6-4, the Jets are still in the playoff hunt, but they’re not getting much production out of Wilson. He has only four touchdown passes, one less than Flacco, who hasn’t played since Week 3.

Saleh emphasized that every position, not just quarterback, will be evaluated.

A seething Saleh said after the game that the offensive performance in the second half (two total yards) was “dogs—.” Saleh said Monday he has no plans to replace the play caller, offensive coordinator Mike LaFleur.

Wilson came under heavy criticism after throwing three interceptions Oct. 30 against the Patriots, but he responded nicely with a solid game in an upset of the Buffalo Bills.

But Sunday’s performance was a big step backward. Receivers Garrett Wilson and Denzel Mims were clearly frustrated during the game, and Wilson ranted after the game to reporters, calling the offense a “sorry” unit without mentioning Wilson’s name.

“I think we’ve got a championship-quality defense and I think we’ve got really good players on offense,” Saleh said. “From a schematic standpoint, I think we’re right there with everyone else. But I’m just trying to evaluate to see how we can get this offense going a little bit.”

Wilson ranks 23rd in Total QBR (45.2) and 34th out of 34 qualified passers in completion percentage (55.6). Predictably, the three players made available to the media Monday expressed faith in Wilson. Asked his confidence level in Wilson, guard Lake Tomlinson said, “It’s high. He’s our quarterback. What do you mean?”