M. Night Shyamalan’s Knock at the Cabin Gets Trailer Drop

Universal Pictures has released the trailer for the upcoming M. Night Shyamalan’s Knock at the Cabin which is an adaptation of Paul Tremblay‘s The Cabin at the End of the World. 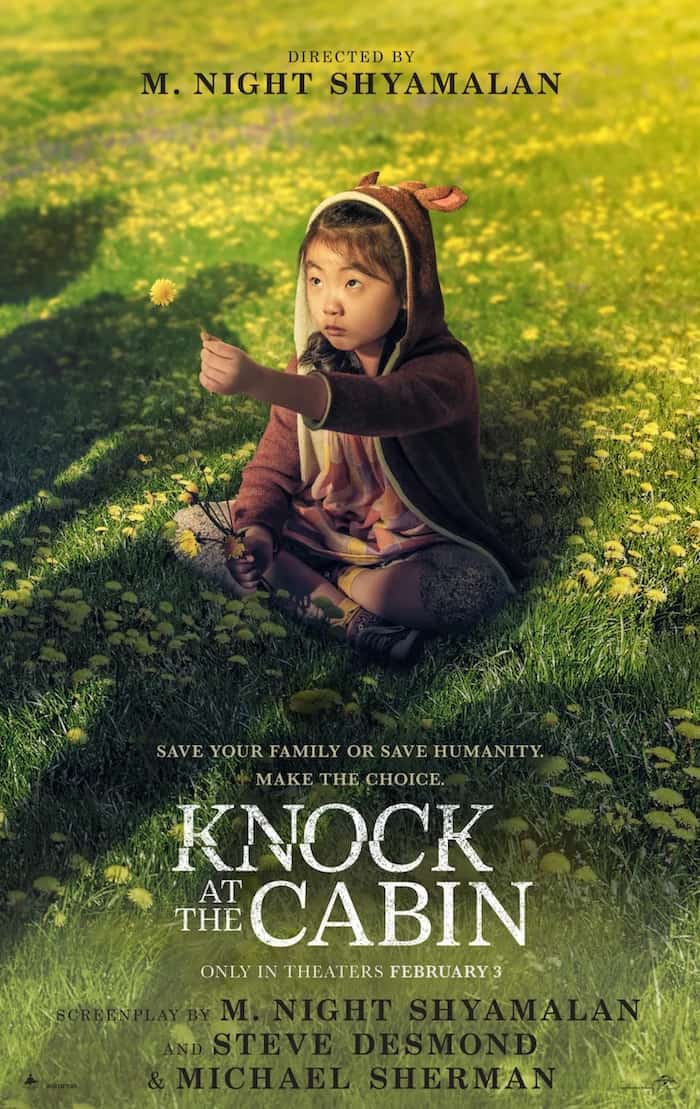 The movie won’t be dropping until 2023 but the first trailer was released by Universal Pictures which outlines this home invasion horror film with an end-of-the-world twist.

The cast is absolutely stacked and Universal released the official synopsis for the movie as:

“While vacationing at a remote cabin, a young girl and her parents are taken hostage by four armed strangers who demand that the family make an unthinkable choice to avert the apocalypse. With limited access to the outside world, the family must decide what they believe before all is lost.”

Starring Dave Bautista (Army of the Dead), Rupert Grint (“Servant”) and Nikki Amuka-Bird (Old) alongside Ben Aldridge (“Pennyworth”) and Jonathan Groff (“Mindhunter”), the film will be released in theaters February 3, 2023.

The screenplay is by M. Night Shyamalan so you can expect some twists and turns along the way. The script was co-written with Steve Desmond & Michael Sherman.

M.Night will be directing and producing alongside Marc Bienstock and Ashwin Rajan.

Check out the trailer for the upcoming 2023 horror Knock at the Cabin below:

Share
Facebook
Twitter
Pinterest
WhatsApp
Previous articleDon’t Worry Darling: Florence Pugh and Olivia Wilde got into a ‘screaming match’ on set, source says
Next articleThe Papers: A 'budget for the rich' as the 'pound plunges'