Manchester United’s 4-0 defeat at Brentford last weekend saw them slip to the bottom of the Premier League, but they have been there before. Ahead of Monday night’s huge clash against rivals Liverpool at Old Trafford, live on Sky Sports, we take a trip down memory lane…

Man Utd bottom but is it too early to judge?

United remain without a point this season after consecutive losses to Brighton and Brentford saw new manager Erik ten Hag make the worst possible start to his tenure, but it is not the first time the club has found itself in this position.

They last began with back-to-back defeats in the Premier League’s inaugural campaign in 1992/93.

Thirty years ago, Sir Alex Ferguson’s side lost 2-1 at Sheffield United on the opening day – with Brian Deane scoring the competition’s first goal – and followed that up with a 3-0 home defeat by Everton.

That left United bottom for three days from August 19 to 21, but a 1-1 home draw against Ipswich on August 22 was enough to lift them off the foot of the table and they never looked back, losing just four matches out of their remaining 39 games to become the first Premier League champions. They won the title with 84 points from 42 games – 10 points clear of second-placed Aston Villa.

Three years later in 1995, an opening-day defeat by Villa on August 19 saw them sit 19th out of 20 teams for three days until Bolton slipped below them.

The loss to Villa prompted Match of the Day pundit Alan Hansen to declare that “you don’t win anything with kids”, but their stay in the relegation zone was short-lived as a run of five wins followed and they ended up winning the league and FA Cup double that season.

Fast forward to August 25 2007 when a three-match winless start – draws against Reading and Portsmouth before a 1-0 defeat in the Manchester derby – left them 19th again.

That was the catalyst for an eight-match winning run and the season ended with United as both Premier League and Champions League winners. 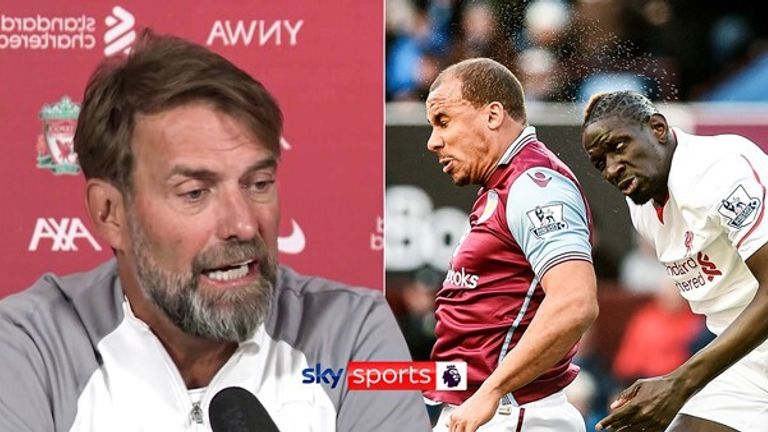 Is this Man Utd’s lowest moment?

A reminder then, perhaps, that there were bad times under Ferguson, too. Remember the 6-1 hammering by ‘noisy neighbours’ Manchester City in 2011? The 6-3 defeat at Southampton just a week on from the 5-0 thrashing by Newcastle in October 1996? Or maybe the 5-0 loss to Chelsea in 1999?

It is important to remember it was not all ‘Fergie-time’ winners, trophy lifts and trebles before the legendary manager retired.

But since the Scot has left, and particularly in the past 12 months, those results have become the norm. United have been thrashed 5-0 by Liverpool at Old Trafford, thumped 4-1 by Watford and demolished 4-0 by Brighton. Not forgetting the 6-1 drubbing by Tottenham at home a season prior and the 4-0 hammering by Everton in 2019.

What makes last weekend at Brentford worse than those moments? This is supposed to be the good bit. Ten Hag is meant to be in the honeymoon phase, but the sense of hope and optimism that his arrival brought is gone. 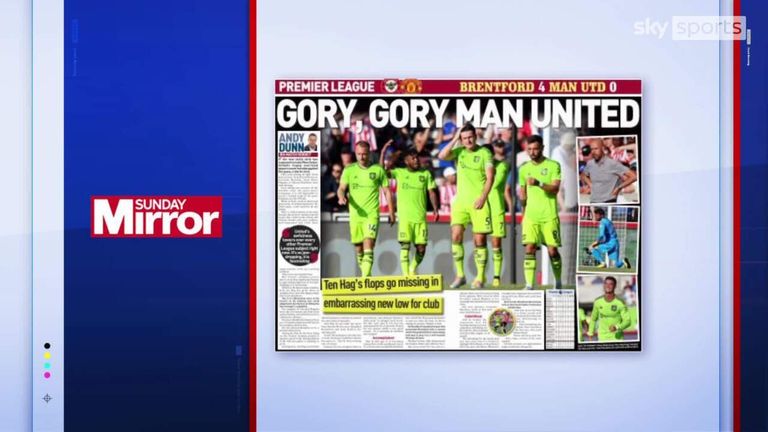 Criticising Manchester United has become a weekly occurrence. There is no denying they have been bad for a while, but just when it seemed they could not get any worse, along came Brentford.

Ole Gunnar Solskjaer was apparently the problem. Then it was Ralf Rangnick. Now Ten Hag is under the spotlight. The Dutchman faces his most challenging task.

The former Ajax boss is undoubtedly an excellent coach given his success in recent years, but his tactics have already faced criticism following last weekend’s humiliation in west London.

Against a tall and physical Brentford side, his decision to drop 6ft 4in Scott McTominay and deploy Christian Eriksen in a deeper midfield role was a bold one. So too was sticking with 5ft 9in Lisandro Martinez at centre-back, while 6ft 3in Raphael Varane started on the bench. Neither paid off.

FREE TO WATCH: Highlights of Brentford’s win over Manchester United in the Premier League

Brentford may have only had four shots on target in the first half – all of which went in – but it could have easily been more. The hosts outworked, outmuscled and outclassed their opponents, but mistakes such as the ones David de Gea made for the first and second goals are something Ten Hag can do nothing about.

Brentford ran 13.8km more than United on Saturday. Ten Hag’s response? To make his players run the same distance during training the very next day. United supporters are confident he is the man to turn their side’s fortunes around, but the mess he has inherited since taking charge this summer has never been clearer.

FREE TO WATCH: Highlights of Brighton’s 4-0 win over Manchester United in the Premier League during the 2021/22 season

There have been embarrassing results before – Brighton away last season under Rangnick springs to mind – but Saturday’s felt the worst of the lot.

“I’m convinced I’ll get it done – I did it everywhere,” Ten Hag told Sky Sports last week when asked how long he needs to bring the glory days back to Old Trafford.

But the 52-year-old has become the first manager to lose each of his first two games in charge of United since John Chapman in November 1921. 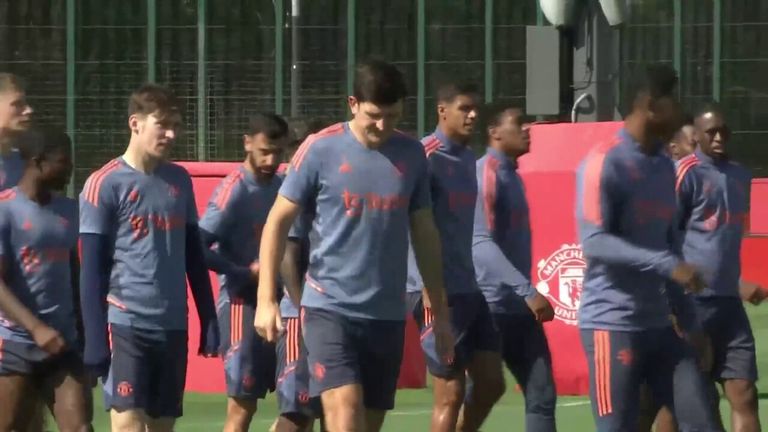 The intensity and physicality of the Premier League has given him no time to settle. It is clear he requires time to mould a team in his image.

The club requires “open-heart surgery”. Those were the words of Ten Hag’s predecessor Rangnick back in April. It looks like he was right.

Up next, just the small matter of Liverpool on Monday Night Football. Incredibly, though, three points would see Ten Hag’s side move above their rivals in the table. A reminder that despite United’s current problems, the new Premier League season is only two weeks old.