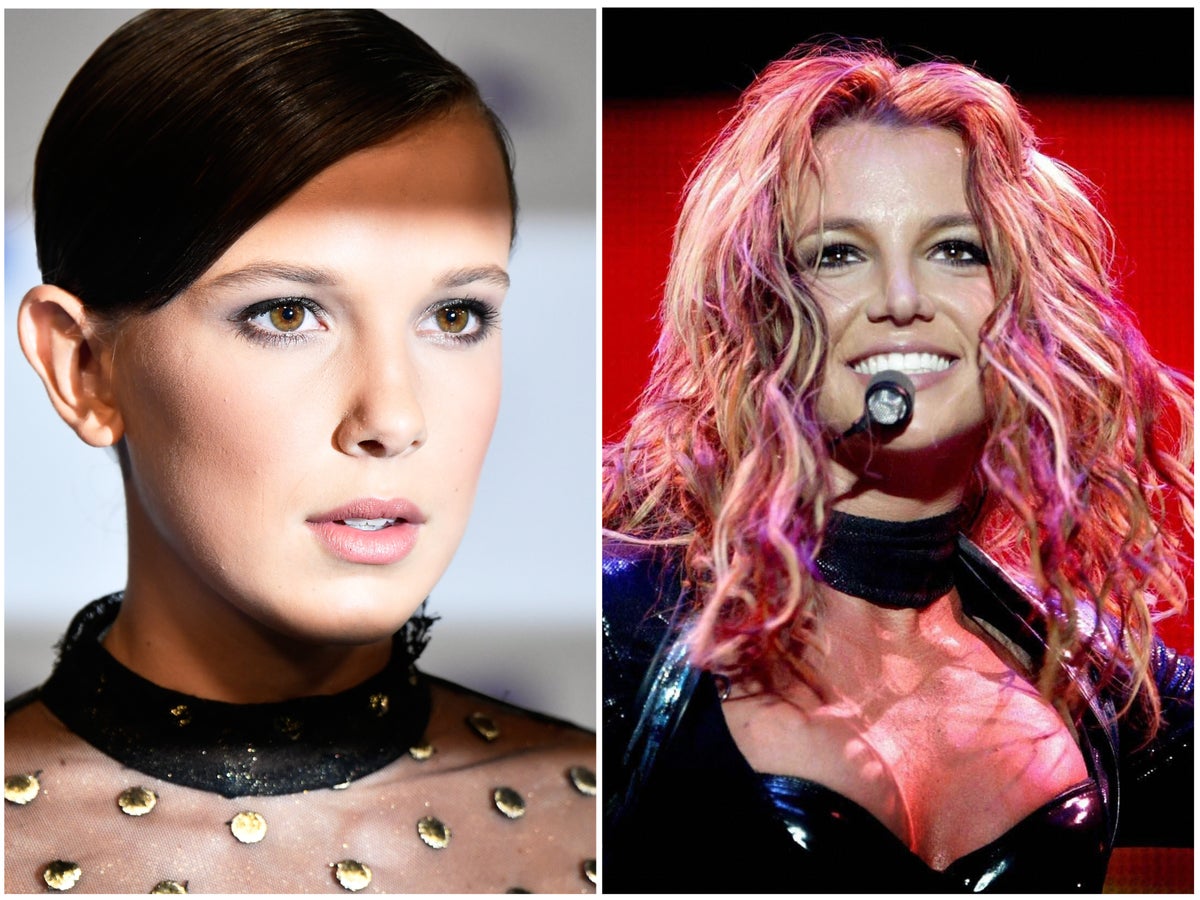 Millie Bobbie Brown has revealed that her dream role is to play Britney Spears in a biopic someday.

During an appearance on The Drew Barrymore show on Monday (7 November), the 18-year-old actor confessed that she wants to play Spears in a biopic.

“I want to play a real person,” she told Barrymore, who’d asked what was on her career bucket list. “I think for me … Britney, it would be Britney Spears.

“I think her story, first of all, resonates with me,” Brown added. “Growing up in the public eye, watching her videos, watching interviews of her when she was young.

“I mean, same thing with you, I see the scramble for words,” she said. “And I don’t know her, but when I look at pictures of her, I feel like I could tell her story in the right way – and hers only.”

In other news, last month, Brown said that a collaboration with Mariah Carey could be in the works.

The Enola Holmes star was chatting to Jimmy Fallon on The Tonight Show, when she explained that she and Carey had recently become friends.

Brown met Carey’s children, and as a result Carey herself, after finding out that they were fans of her Stranger Things character Eleven.

Brown explained to Fallon how the pair often sing together, and even admitted to having recorded in the studio with her: “I’ll just go over and we’ll sing together!”

“We have sung together, yeah,” Brown said. This prompted Fallon to ask if something could be in the works.

“Potentially, I don’t know!” Brown said in response, before adding that she thought Carey was “the most talented singer ever.”