A new study revealed that ‘Los Pollos Hermanos’ is the UK’s no.1 in the list of most popular fictional companies, according to Google search data. 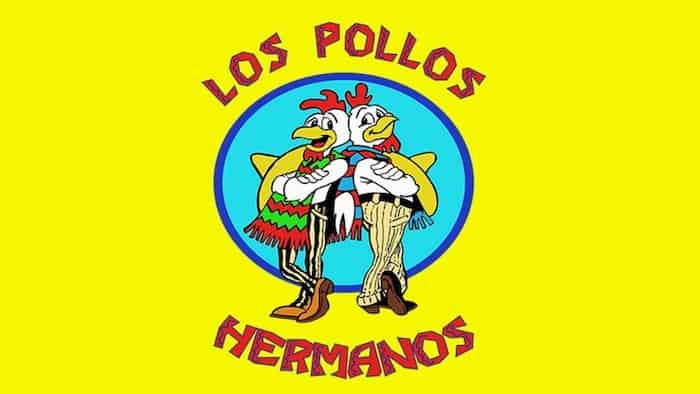 Have you ever watched your favourite show and instantly been drawn towards a product or item they were selling.

I remember one episode of Spongebob Squarepants that instantly gravitated me towards the mouth-wateringly wonderful Krabby Patty just wishing it was a real burger.

The study, conducted by document management company SmallPDF analysed Google UK and worldwide data for the 19 most popular fake companies and ranked them according to the average monthly searches on Google in the UK.

So, if they were real – which business would be the most successful one?

According to results, the 10 most popular fictional business in the UK are:

*Some fictional businesses such as Monsters Inc. and Bubba Gump were not considered in the study as these names correspond to film names or companies that really exist, and including them would compromise the accuracy of the study

With an average search volume of 14,000 monthly searches in the UK and 187,000 searches world-wide, this fictional chicken fast food restaurant from the series Breaking Bad is the most popular fictional business in the UK.

Showing an average of 5,500 Google searches in the UK and 92,000 globally, fictional office supplies wholesale company Dunder Mifflin Paper Company Inc. from TV series The Office is the second most popular fictional company in the UK.

The well-known Manhattan fictional café from the series Friends is third in the ranking. With an average of 5,200 Google searches in the US, and 75,000 worldwide, Central Perk is one of the most loved fictional companies in the UK and in the world.

Another fast-food restaurant dominates the ranking. With an average of 3,900 monthly Google searches in the US and 86,000 searches world-wide, the famous SpongeBob SquarePants restaurant is the fourth most searched-for pop-culture business in the UK.

Starting out as a fictional company in American super popular TV series The Simpson, Duff Beer is the UK’s fifth most Googled fictional business. With an average of 3,100Google searches in the UK and 32,000 globally, Homer Simpson’s favourite drink remains one of the UK’s most loved fictional companies.

A spokesperson for SmallPDF comments on the findings:

From Krusty Krab to Central Perk, modern-day entertainment has created a range of fictional businesses in all sectors. It’s interesting to see that, despite most of these businesses not existing in real life; people are still Googling them.

Out of all the most popular fictional companies listed above, which is your favourite?