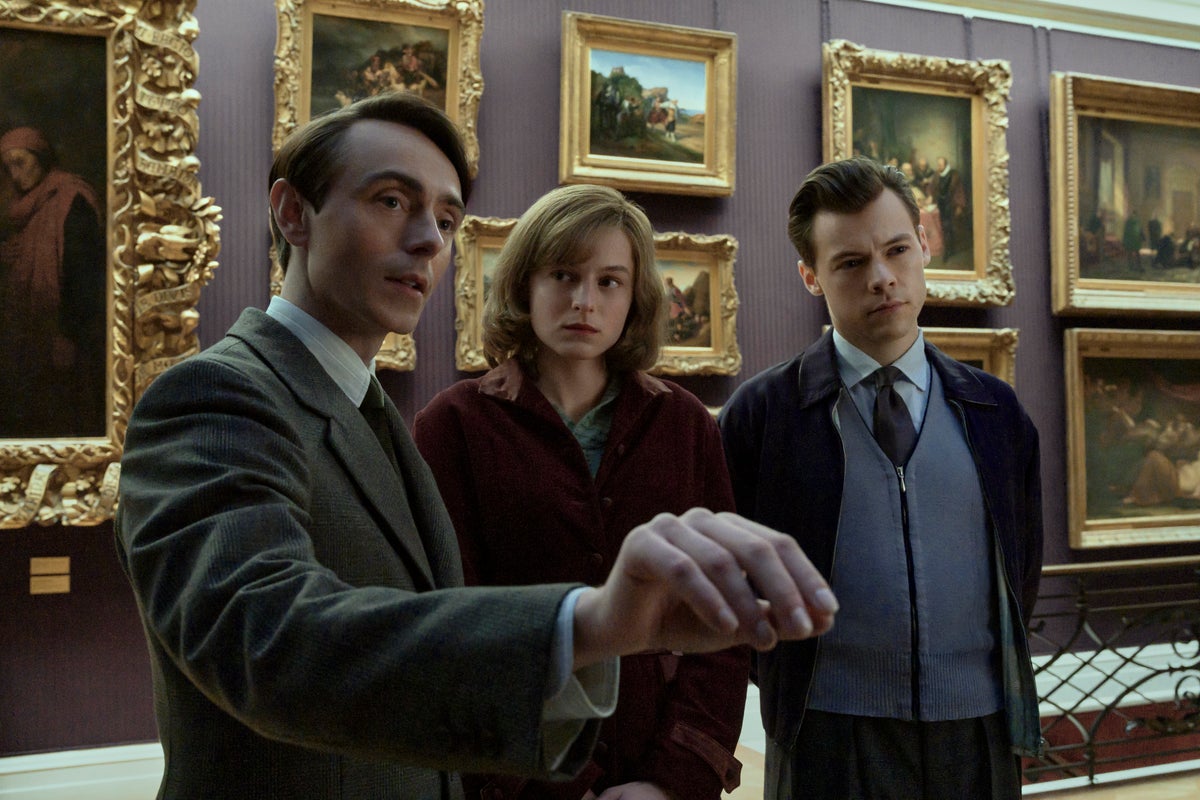 Harry Styles has confirmed that My Policeman will feature “tender and loving” queer sex scenes.

In the forthcoming period romance film, the 28-year-old singer and actor stars as a 1950s British policeman who begins a same-sex love affair with a museum curator (David Dawson) during the time when homosexuality is illegal.

Styles discussed the importance of the movie’s message and his portrayal of a closeted gay man in a new interview.

“It’s obviously pretty unfathomable now to think, ‘Oh, you couldn’t be gay. That was illegal,’” he told Rolling Stone.

“I think everyone, including myself, has [their] own journey with figuring out sexuality and getting more comfortable with it. It’s not like, ‘This is a gay story about these guys being gay.’ It’s about love and about wasted time to me.”

My Policeman is an adaptation of Bethan Roberts’ 2012 novel of the same name.

Continuing his points about the film, Styles noted: “So much of gay sex in film is two guys going at it, and it kind of removes the tenderness from it.

“There will be, I would imagine, some people who watch it who were very much alive during this time when it was illegal to be gay, and [Director Michael Grandage] wanted to show that it’s tender and loving and sensitive.”

The film is the latest in Styles’ acting ventures, with the former One Direction singer having appeared in Dunkirk in 2017 and set to star in the upcoming drama Don’t Worry Darling opposite Florence Pugh.

Last week, during a promotional interview for the latter, Pugh said she won’t be going into detail about filming sex scenes with co-star Styles.

My Policeman debuts in cinemas on 21 October, followed by a Prime Video launch on 4 November.