Naked Zombie Girl Is Back Review: Bloodthirsty, Gritty and Sexy

Thanks to the absolute legends at Hectic Films Productions for sending me an early screener of this short to bring you this Naked Zombie Girl is Back review. 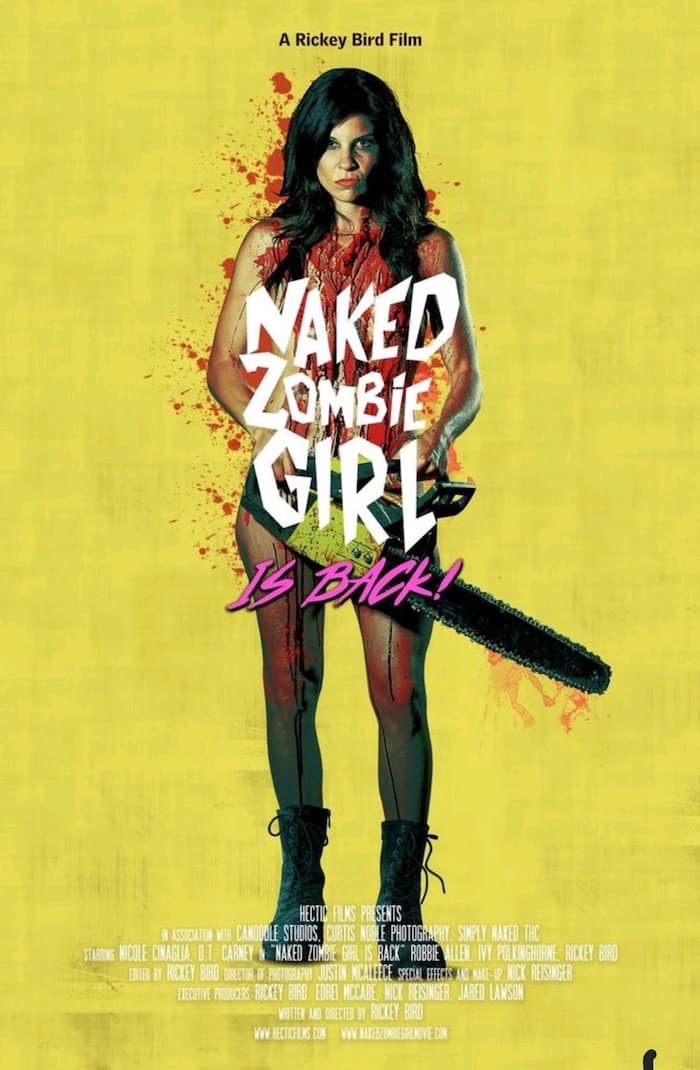 Barbara is back. She is being chased through the zombie apocalypse by Big Jake. Will she survive?

Years ago, I found myself working on my first horror movie in Los Angeles. Just a kid from Stoke on Trent lost in Hollywood and attending one of the biggest horror festivals around.

Every single night I’d meet famous faces, indulge in horror, get involved in all of the Q&A and having the time of my life. A little short played during that festival run called Naked Zombie Girl, a grindhouse zombie flick that played as part of a shorts night and then played again (if I recall correctly) before a feature began. 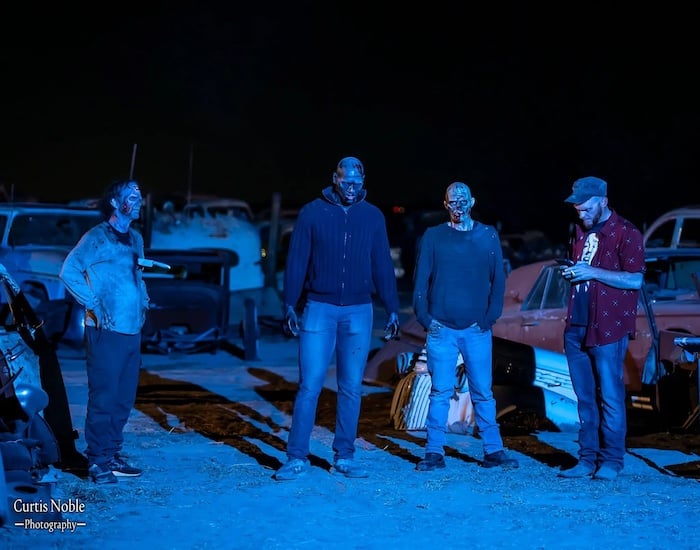 I loved the film that much I picked up the graphic novel comic that was available outside the cinema screen and indulged in the wacky, gritty, dark and absolutely mad delights the pages graced me with just as the short had done before it.

Fast forward many years later and there’s a sequel and once again they’re having the short featured at that very same festival!

Whilst sadly I will not be attending this year’s festival I was kindly sent a screener to review and I’m ever so glad they did.

Taking place directly after the events of the first short this sequel has dark tones with very funky music, never taking itself too seriously like our main character Barbara (who is now played by Nicole Cinaglia instead of Meghan Chadeayne) who feels like a cartoon character wielding a chainsaw butt naked and fighting off hordes of zombies.

I remember watching the first short and feeling strangely conflicted by what I was witnessing. It was so wacky and far out yet the visuals were drool-worthy (get your mind out of the gutter).

The colour palette was perfect and the zombies genuinely looked terrifying but the viewers were all in on the act, our lead was never going to be defeated and as long as there’s a weapon in her hand, no zombie is safe.

Hectic Productions have made a sequel to the original in the hope of commissioning a run of episodes or even a feature and this would work perfectly for both avenues.

A series would certainly expand the story as the original and this new sequel doesn’t even scratch the surface when it comes to a plotline. We just have a lady, who loses clothing, who kills zombies. Plot completed. 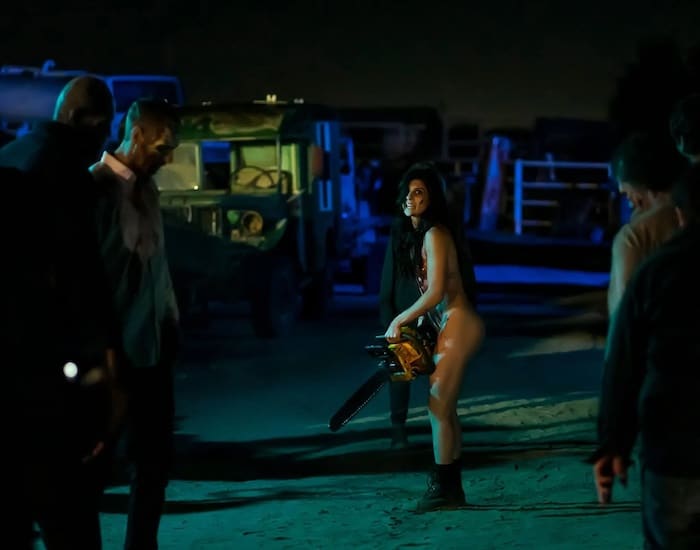 But whilst watching the movie I start to dive into subconscious meanings of what this film could represent. Aren’t we all the Naked Zombie Girl slaying our way through life trying to avoid toxic zombies?

Okay, maybe I’ve thought about this far too philosophically but the fact remains. Naked Zombie Girl is back is just as fun, frantic, sexy and outrageous as the first instalment and it absolutely deserves your attention!

You don’t have to be Ashley Joanna Williams to wield a chainsaw so let’s get this party started!

Naked Zombie Girl is Back review by Sean Evans

It’s dark, it’s gritty, it’s sexy and raw. Naked Zombie Girl is Back is just as wacky as the original. Like a cartoon character inspired by Hustler and lost in a world of Fangoria Barbara lays waste to a horde of zombies with nothing but a chainsaw.