Nemesis is now closed at Alton Towers as the iconic rollercoaster is currently undergoing a huge refurbishment ready to return in a whole new way in 2024. 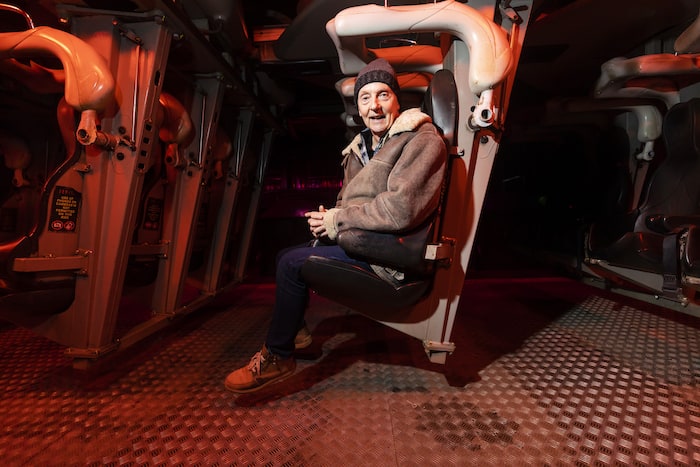 John Wardley, creator of Nemesis on the last ride at Alton Towers Resort in Staffordshire before it closes for a revamp until 2024. Credit – Fabio De Paola/PA Wire.

Thrillseekers flocked to Alton Towers Resort on November 6th, 2022 to have one final ride on this incredibly iconic coaster. The ride was closed by a secret organisation called the Phalanx amid a live-action investigation after reports of Nemesis’ ‘abnormal behaviour’.

Following the Resort’s spectacular fireworks display, a jaw-dropping event which marks the last day of the season, spotlights searched the darkened skies of the front lawn to create the illusion of a helicopter landing.

A Phalanx spokesperson, appearing on a giant screen, announced that its “most experienced team” was in charge of the operation and urged park-goers to say their final goodbyes to the famous ride. 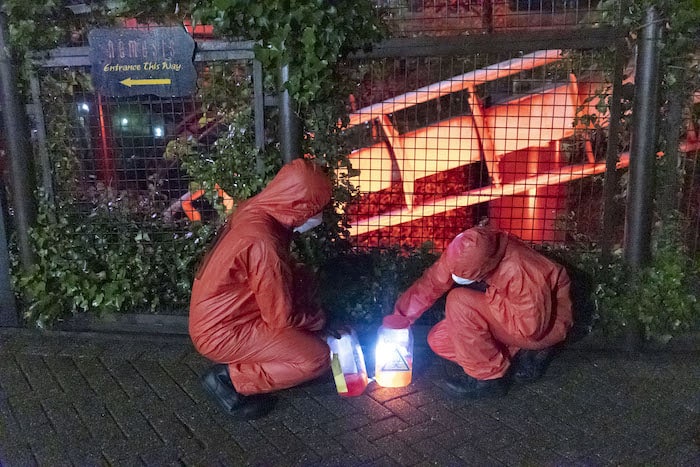 Back at the ride, mysterious figures in hazmat suits were seen marching in formation towards Nemesis, with some collecting samples and covering parts of the site in biohazard tape, and white chemical investigation tents were hastily erected around the ride’s entrance. The dramatic performance spanned across the Forbidden Valley where Nemesis is situated.

Once the queue had emptied, the very last of group riders – known to the Phalanx as the ‘final test specimens’ – took their seats on the ride, to claim their money-can’t-buy experience which they won through The Resort’s own competition, which received more than 15,000 entries from fans wanting to be part of the action.

Dressed in boiler suits, they were escorted by the hazmat-clad team as they walked through the site and also received a guard of honour as they took their seats, along with Nemesis’s creator John Wardley. 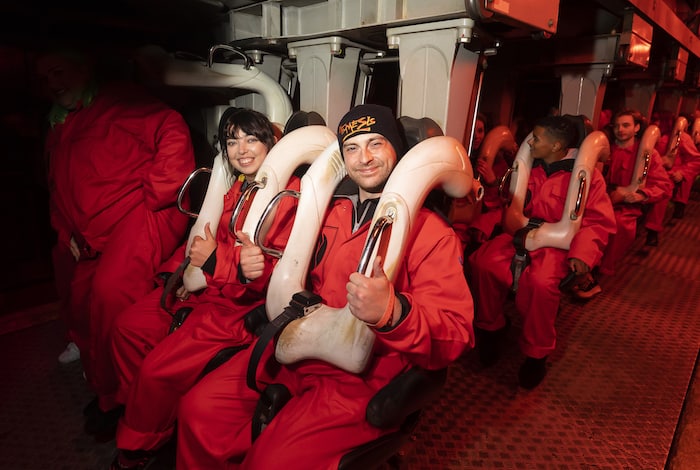 One of the lucky last riders, Ben Clarke from Sheffield said:

What an amazing experience. Nemesis is an incredible rollercoaster and I’m so happy I got to ride it one final time before it’s given a revamp.

Superfan Ben rides Nemesis on average 700 times a year. He proposed to his fiancee on the ride in March 2022. It holds such a special place in their hearts, they’ve even got matching Nemesis tattoos.

Excitement around the theme park was palpable for hours and Nemesis devotees have keenly followed developments since news of the closure last month. For them, the ride’s terrifying twists, corkscrews and loops mark it out as one of the world’s best rollercoasters.

But for now, and until the Phalanx have completed their investigations, Nemesis will stay closed.

Details of its transformation remain tightly under wraps and more details will be revealed over time via the link here.

Check out the last-ever footage of Nemesis as we know it including an interview with John Wardley and some test specimens who were lucky enough to get on the last-ever ride of this iconic coaster.

The backstory of the Nemesis Roller Coaster 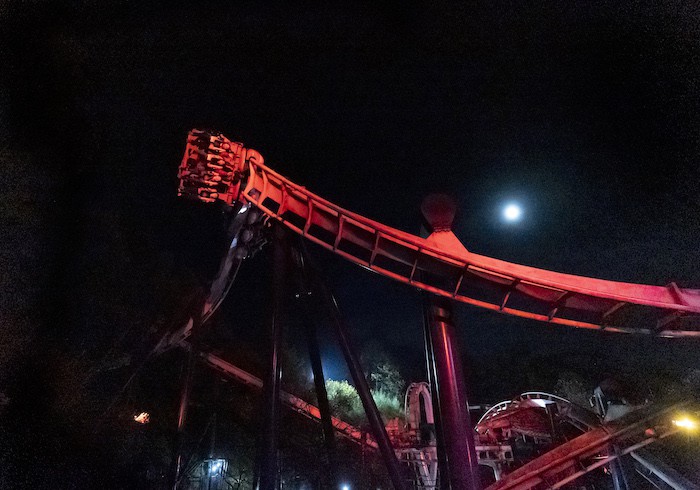 Nemesis comes from another dimension, a dimension beyond our imagination! Deep beneath the ground at Alton Towers Resort lived a strange being…

After being disturbed by workmen during routine maintenance, the monster that lay dormant was unleashed, wreaking havoc on the surrounding area. The Phalanx immediately launched their extreme security division to pin down the creature and disable It. 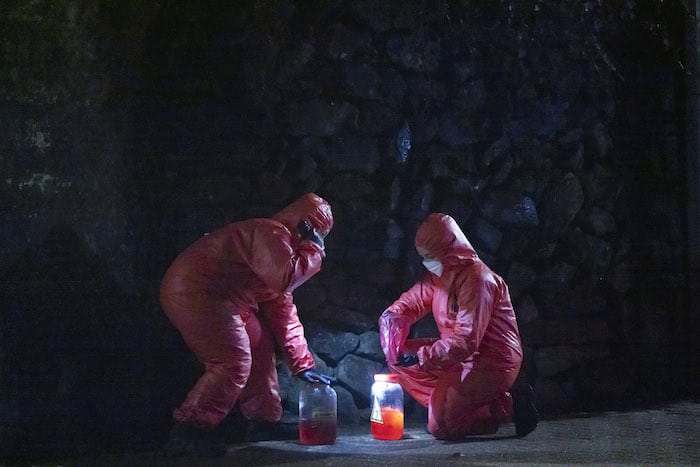 It took 250 tonnes of steel, bent and twisted around the monster, and 200 men to hold it down. We converted the steel that imprisons the creature into the tangled rollercoaster you see here today.

When you ride Nemesis, remember its history. This is the Legend. But don’t try to understand it – don’t try to come to terms with it. Don’t even try to think about it.