From a hastily erected embankment protecting Mehar city, mosque minarets and the price board of a gas station poke above a vast lake that has emerged, growing to tens of kilometres wide.

Beyond this shoreline in southern Sindh, hundreds of villages and swathes of farmland are lost beneath the water — destroyed by floods that have affected nearly a third of Pakistan.

“Nobody knows where their village is anymore, the common man can no longer recognise his own home,” Ayaz Ali, whose village is submerged under nearly seven metres (23 feet) of water, told AFP.

The Sindh government says more than 100,000 people have been displaced by this new body of water, brought by record rains and the Indus River overflowing its banks. 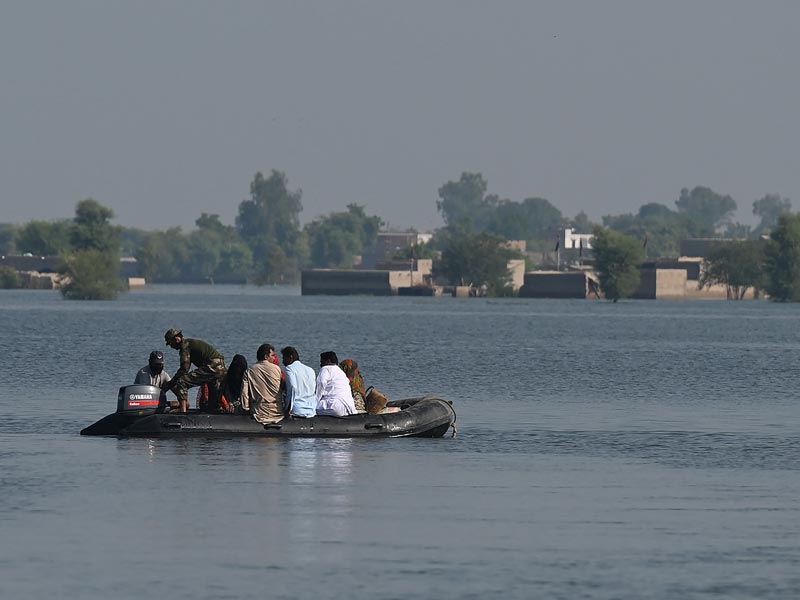 Across the country, about 33 million people have been affected by the flooding, nearly two million homes and businesses destroyed, 7,000 kilometres (1.3 miles) of roads washed away and 256 bridges knocked out.

A bus conductor with a sharp memory, Ali acts as a navigator for the navy, identifying each submerged village by the pattern of electricity pylons and distinct tree lines.

Navy volunteers cruise the waters on two lifeboats delivering aid donated by locals, ferrying people in need of medical care back to the city.

With Ali’s help, they search out patches of high ground where families still shelter, refusing to evacuate despite a desperate situation worsened by the scorching heat. 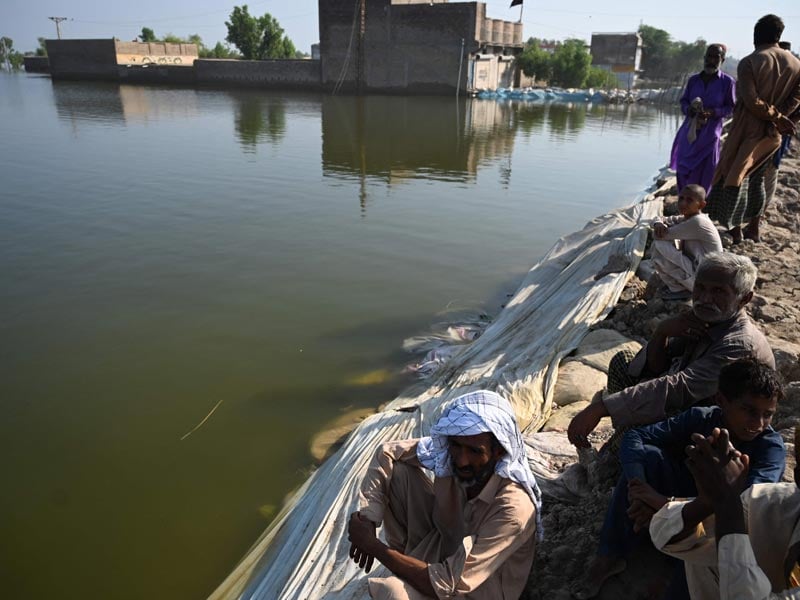 “Their homes and belongings are so precious to them,” said one serviceman, who asked not to be named, looking out at the expanse of water.

“When I joined the navy, I could never have imagined doing this,” he added.

Engine cut, the boat navigates slowly through the tops of trees, and heads duck under power lines ahead of a hamlet of crumbling houses encircled by water.

This time, dozens of people are waiting.

Many still refuse to leave their homes, concerned their livestock — all that they have left — will be stolen or will die, and fearing a worse situation at the makeshift relief camps that have sprung up all over the country. 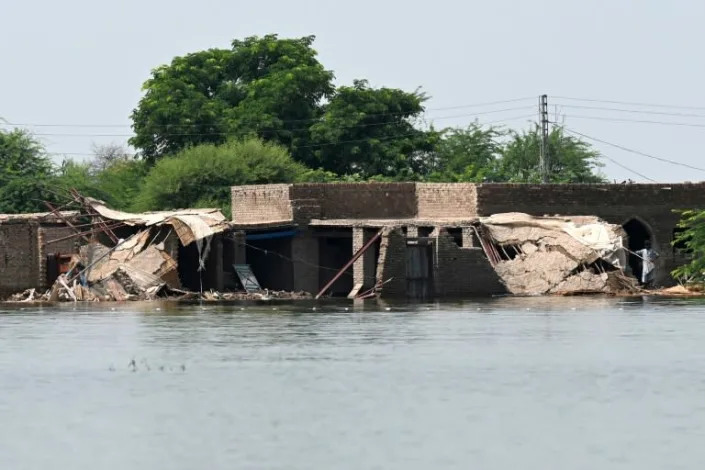 There is an immense need for drinking water and toilet facilities,” he added, but they may have to wait longer — the government’s priority is to drain the flooded areas.

Pressure has heaped on swollen dams and reservoirs, forcing engineers to make intentional breaches to save densely populated areas at the cost of worsening the situation in the countryside.

“They all have gone all out to protect the city but not the poor people of the rural areas,” said Umaida Solangi, a 30-year-old perched with her children on a wooden bed at a city camp.