NEW Knock at the Cabin Trailer Debuts Ahead of Feb Release

A new Knock at the Cabin trailer from Universal Pictures gives us more of an insight into this new M. Night Shyamalan apocalyptic movie. 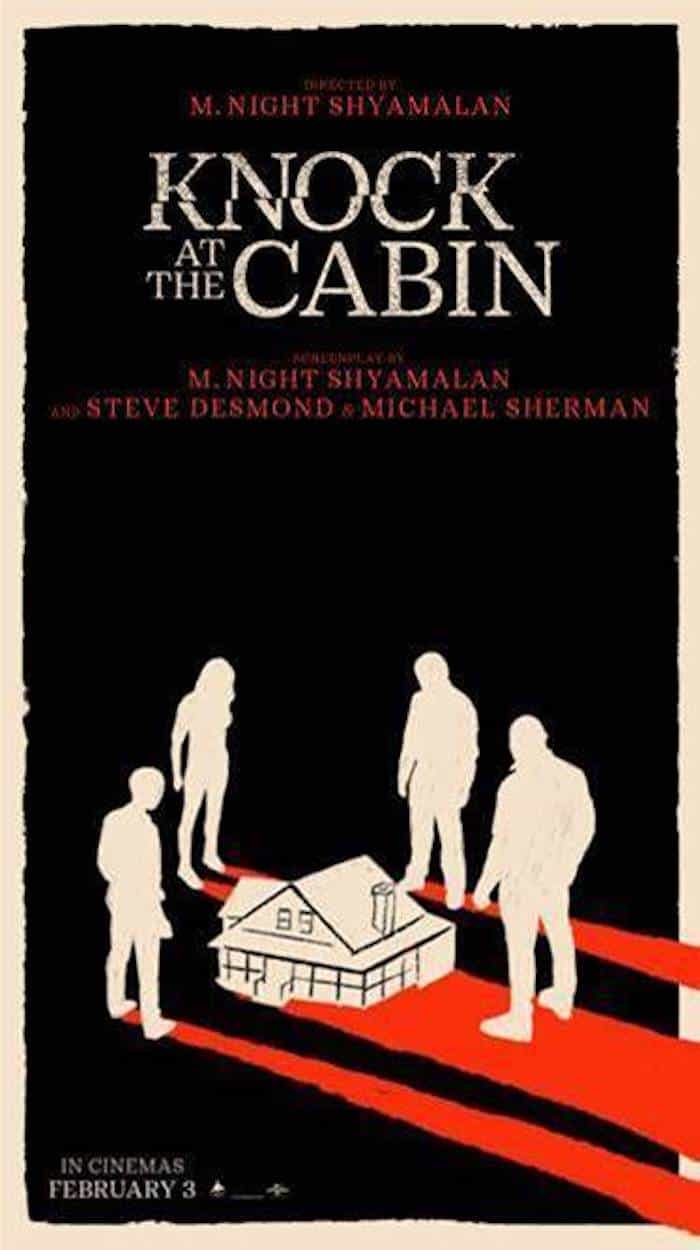 While vacationing at a remote cabin, a young girl and her parents are taken hostage by four armed strangers who demand that the family make an unthinkable choice to avert the apocalypse. With limited access to the outside world, the family must decide what they believe before all is lost.

Check out the Knock at the Cabin trailer below:

Universal Pictures presents a Blinding Edge Pictures production, in association with FilmNation Features and Wishmore Entertainment, an M. Night Shyamalan film. The screenplay is by M. Night Shyamalan and Steve Desmond & Michael Sherman based on the national bestseller The Cabin at the End of the World by Paul Tremblay.

Stay tuned for more information on this film ahead of its release right here on Back to the Movies.