ISLAMABAD: Prime Minister Shehbaz Sharif on Thursday said that Pakistan’s relations with the United States should not be seen through the prism of Afghanistan or the lens of China, ARY News reported.

The prime minister expressed these remarks while attending a diplomatic reception held at the US embassy to commemorate the 75 years of relations between Pakistan and the United States.

PM Shehbaz said that the US should not see relations with Pakistan through the lens of Afghanistan or China as they should stand on their own. He reiterated the desire to rebuild Pak-US ties based on trust, respect and mutual understanding.

It is a matter of great honor to recall that the United States was one of very first countries which offered full recognition to Pakistan, said Shehbaz.

“Let bygones be bygones,” he said and stressed that it was time for the two countries to move forward and find ways to warm up relations to levels seen in the past. 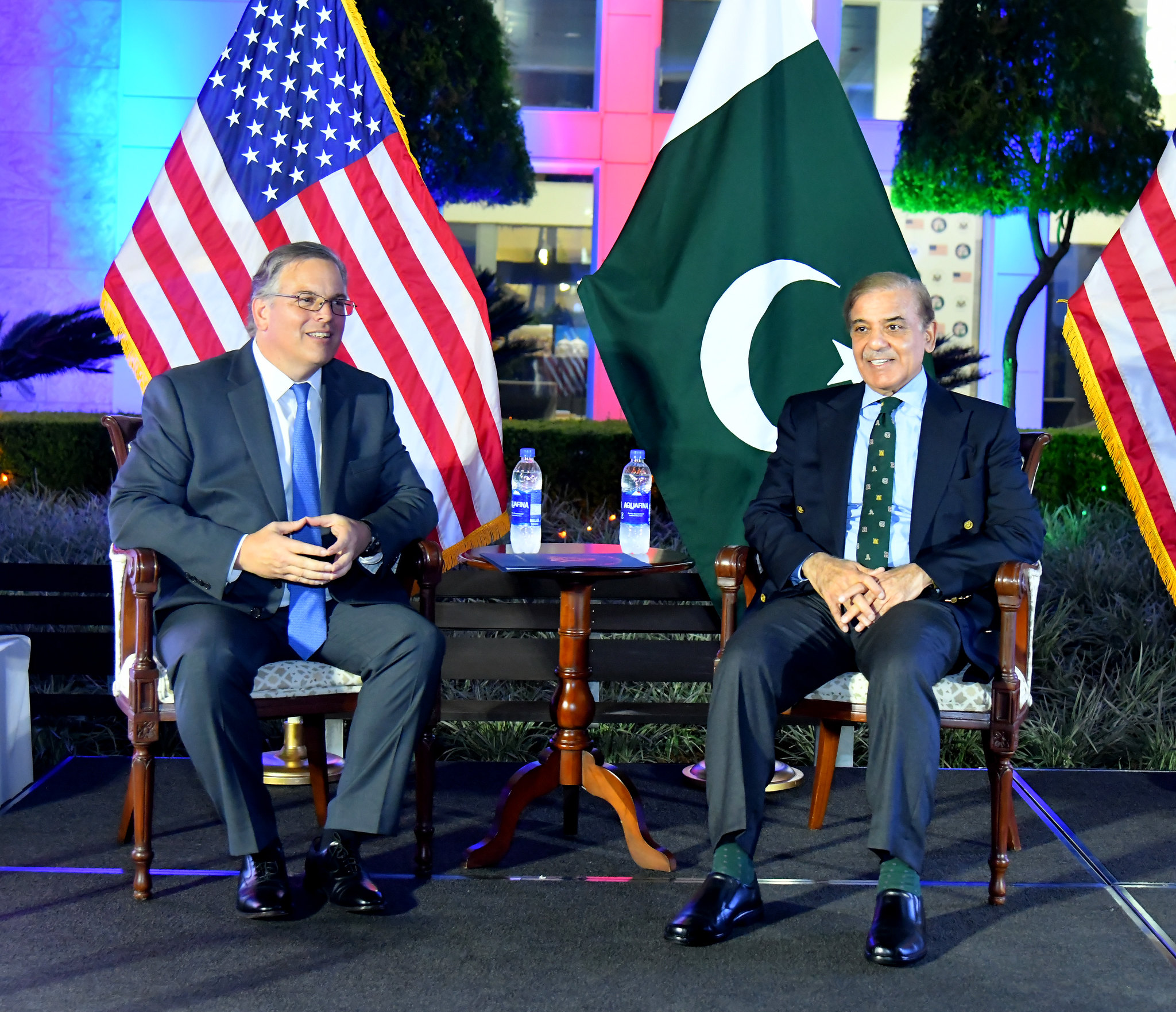 Ambassador of the United States of America, Mr. Donald Blome met Prime Minister Shehbaz Sharif, at the US Embassy in Islamabad, on the occasion of completion of 75 years of diplomatic relations between Pakistan and the USA. pic.twitter.com/uBW8ZgYgpx

On floods, the prime minister said the catastrophic situation which was not created by Pakistan has destroyed over four million acres of cultivable land and killed over 1600 people including children and women.

The premier went on to say that the government was working hard to help the affected people but it’s not enough until every affected person gets all facilities back.

“The task of rehabilitation is even bigger which requires resources. We need the support of the international community for rebuilding our infrastructure and providing shelter to our people,” said PM while appealing world to extend the maximum support for flood-hit people.

Meanwhile, the US ambassador in his address said the people of the United States continued to stand with Pakistan.

“Our 75-year partnership is visible throughout 🇵🇰. Decades of assistance supported construction of schools, hospitals & highways. Pakistanis studied in 🇺🇸 & returned to key roles in business & government. We are one of the largest sources of foreign investment.” -DB #AmbBlome 1/3 pic.twitter.com/CzriBZJhFt

“We are doing what friends and partners do – support each other when it’s needed most… Our partnership has been advantageous to both countries,” he remarked.

On the occasion, US Ambassador Donald Blome also met the prime minister and discussed the matters related to bilateral relations and cooperation.