During a cold Wednesday on the evening of a Papa Johns’s Trophy round of 32 game, we took a trip down to Vale Park in Burslem to bring you this Port Vale upper hospitality suite review.

Originally used as a space for storage the lounge is now a vibrant space to chill out, watch the TV, indulge in a gastro buffet offering and a few drinks at the bar before, during and after the match has been played.

The lounge can seat 120 guests and includes plush comfy chairs and modern furnishings that make the space look like a very trendy bar. 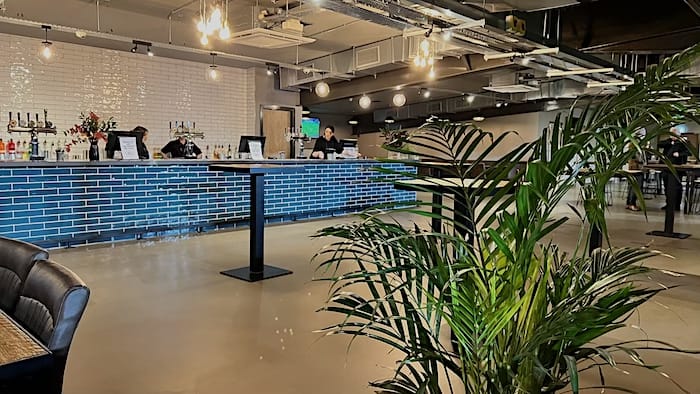 I’ve been to many hospitality suites around the country and one, in particular, was Manchester City’s bar that we were shown on a very recent VIP tour invite. Compared to Port Vale’s new hospitality suite there really wasn’t much difference whatsoever. This particular hospitality suite is certainly championship ready, a goal that has been echoed by Club owner Carol Shanahan in regard to the infrastructure of the club in preparation for a very optimistic (a view we all share) of being in the Championship one day.

The space is set to be used for functions during the week in addition to its matchday hospitality usage and upon first entering the lounge, it’s an impressive space indeed.

Beautiful seating areas are all within earshot of a well-stocked bar and there are plug sockets at every seating point so you can charge up your phone / various other devices.

There is a cash bar with a nice cold pint of Inch’s cider costing £4 which is very reasonable considering you’re inside a hospitality lounge after all and the food was to die for. 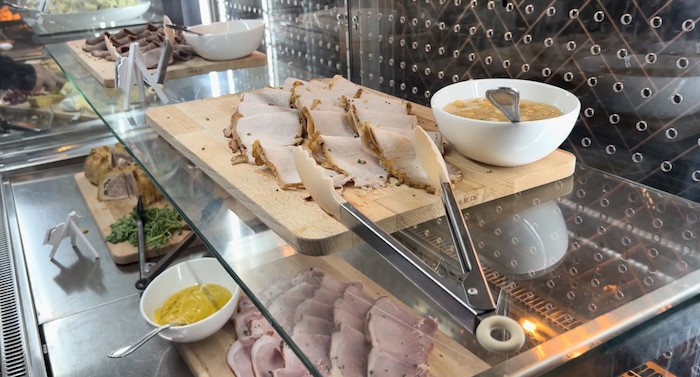 A gastro buffet offering cold meats, cheeses, buffet-style finger food and then finally a range of small bowls with curry, tagine, fish and chips and even sausage and mash on offer. The food does change quite frequently (so I’ve been told) so every game will no doubt offer a fresh new line-up to choose from.

The freedom of a buffet allows you to go up numerous times and fill your boots.

On this particular Papa Johns’s Trophy night the price of the tickets was £35. For a normal matchday ticket for this fixture it was £10 so you’re paying an extra £25 for the food, indoor space to relax and the addition of padded seats to watch the game. When you think about it, that’s very reasonable indeed but the prices do fluctuate with one game previously in the season being priced at £20 which is an absolute steal! 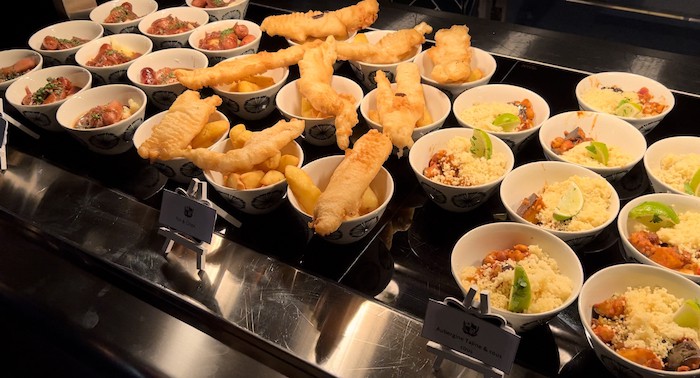 With the league games sold out completely for the season, it’s best to keep an eye on the official social media pages of the club to see when there are spots available within the lounges to come and check it out. With us only being in the Papa Johns’s Trophy now this looks to be the only opportunity to grab a hospitality package in this particular area.

If you’re reading after the 22/23 season I’d suggest to just keep an eye on the hospitality announcements on the Port Vale social media.

During half-time, there were cakes on offer at the buffet station and once again you were asked to fill your boots with a nice choice of lemon meringue, chocolate brownies and more on offer.

There are stand-up tables available if things are a little busy and as long as you’re not drinking alcohol in view of the pitch you can stand or sit inside the box and watch the game just in case it’s a little too cold outside.

When we went onto the terrace to watch the game there are two rows of padded seats that line the full length of the hospitality box. Ideally, I’d go for the back row because in front of the first row are these glass panes that obstruct your view ever so slightly. On the back row, you definitely got the best view but for me taking photos/videos during the game the front row was an absolute nightmare missing two goals in the process but you guys won’t have that problem.

After ringing up hospitality to book the experience I was told that if I was making a video to go and check out the toilets, hoping and praying no one was in there at the time during filming I obliged and they’re very fancy indeed. A far cry from the absolute state of the Railway Paddock toilets as I’ve gone from caveman to tribal chief in a matter of weeks.

The toilets are beautifully well-kept and feel luxurious. A space that wouldn’t look out of place in a fancy restaurant.

In fact, stepping into the Upper Hospitality Suite at Port Vale felt like we were in a different football ground altogether. I feel the other hospitality boxes at the club (minus the Director’s Suite) are a little dated and lack that charm that a hospitality package should have, this suite certainly catapults the quality of the offering to a new level and I feel as though the other hospitality areas will now have to play catch up as they look miles behind now.

Out of all the hospitality options (even the Director’s suite that the public doesn’t have access to anyways), I feel as though the Upper Hospitality Suite is the strongest of them all. My only gripe would be the fact that absolutely nothing to do with the club is decorating the space, there’s no wink or nod to Vale history nor is there any artwork or local wink and nods anywhere to be seen.

It’s a classy bar space so I’m not expecting signed shirts to be hanging on the walls (although I’d love that in Tommy Cheadles) but some nice local artwork (Megan Rose perhaps) or just something classy that compliments the space. 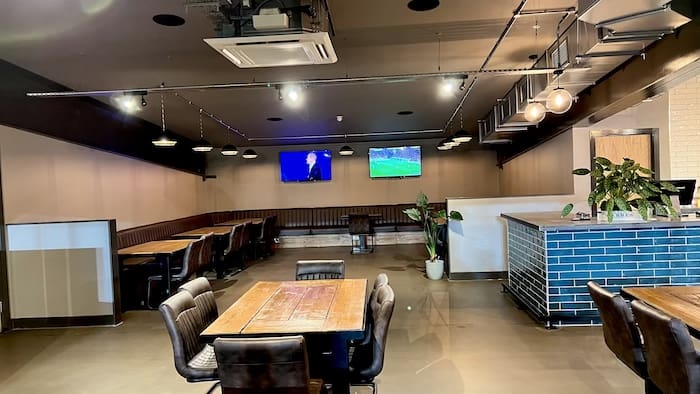 What an investment Carol and the club have made in providing a beautiful space for Vale fans. The club is coming on leaps and bounds and as a fan, for many years it’s incredible to see, I’m so bloody proud of where this club is heading and what we are achieving on and off the pitch and I hope it continues for many, many years to come.

A brand new space that is truly Championship ready.

To look at all hospitality packages for Port Vale you can visit – https://www.port-vale.co.uk/Commercial/Hospitality/

Check out a VLOG of the game below where me and Finney experienced the suite for the first time.