With stock still unavailable up and down the country due to the sheer demand a brand new Prime Meta Moon flavour has been announced that we will no doubt not get our hands on for quite some time. 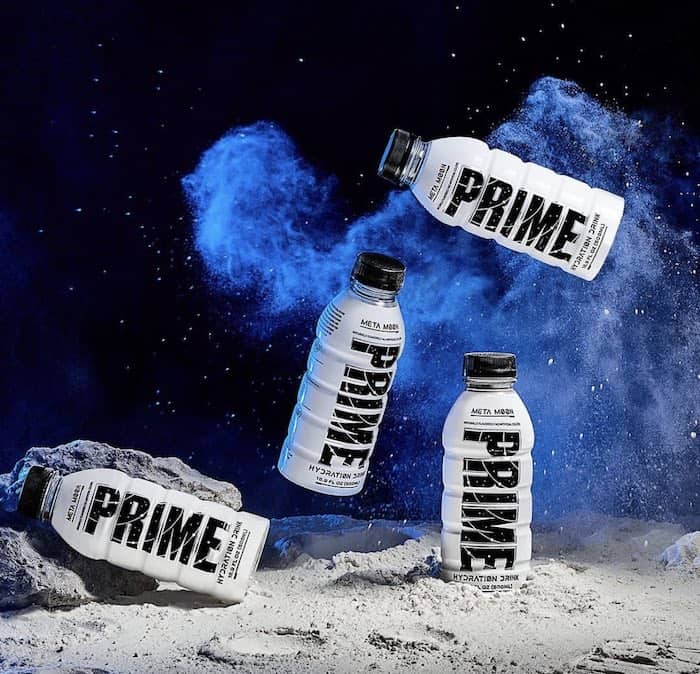 It was sheer luck that I managed to get my hands on all the previous flavours of Prime (minus Ice Pop) to bring you a Prime Hydration UK review but still even now months later, the drink eludes stores and customer hands.

Prime is soaring up through the ranks of the hydration beverage market and is becoming rarer than unicorn shit to get your hands on!

As one of the most popular Prime Hydration UK reviews on Google (yes us) we can only hope that someone at Prime sees this at launches a Meta Moon bottle at us through the earth’s orbit and onto our doorstep for an out-of-this-world review.

Co-owners Logan Paul and KSI haven’t commented on this brand new drinks flavour with it remaining a mystery to many.

With such flavours in the line-up as Tropical Punch, Lemon Lime, Orange, Grape, Blue Raspberry and the aforementioned Ice Pop I’m curious as to what meta moon will taste like.

Once again the hype is real and I’m sure the second it launches it’ll fly off the shelves in no time.

The drink is said to drop on September 14th but it doesn’t say if that is a UK and US release or just a US release.

Stay tuned for the big drop tomorrow and rest assured that it won’t be available for longer than 10-15 minutes (if that) so make sure you’re in prime position to snag some Meta Moon!