A Pulp Fiction 4K release is now available to purchase as fans can own this entertaining tour de force on 4K Ultra HD™ for the first time. 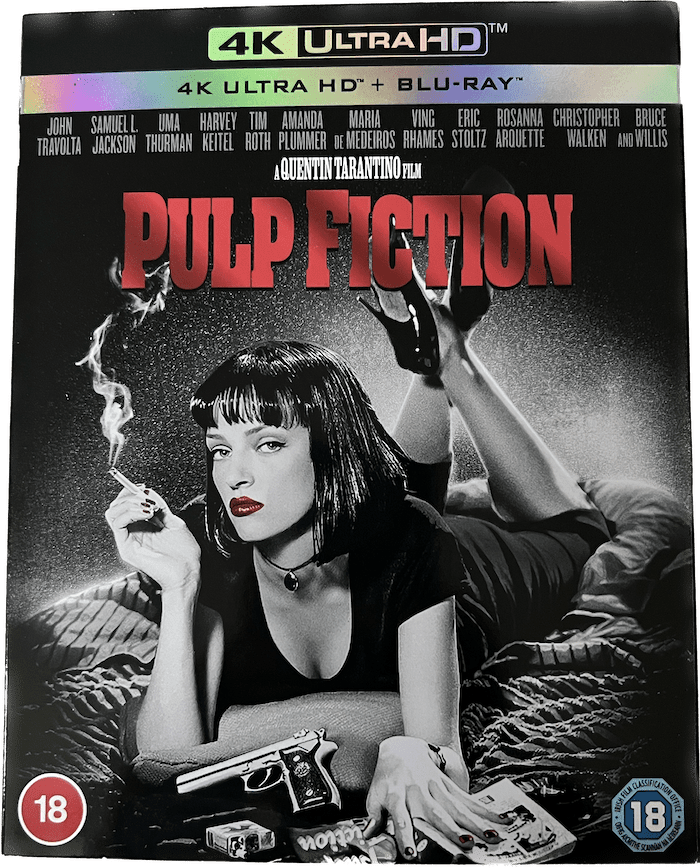 Writer and director Quentin Tarantino delivered one of the most influential films of the 1990s with the critically acclaimed contemporary classic PULP FICTION.  Now, for the first time ever, fans can experience the groundbreaking and wildly entertaining tour de force on 4K Ultra HD™ + Blu-ray™ and in a 4K Ultra HD™ + Blu-ray™ Limited-Edition Collector’s SteelBook® on December 5, 2022 and on 4K Ultra HD™ Digital* on December 6, 2022 from Paramount Home Entertainment.

A touchstone of postmodern film, PULP FICTION is a must-have for every film fan’s collection.  Winner of the Palme d’Or at the 1995 Cannes Film Festival, the film also won the Independent Spirit Award for Best Feature and the Academy Award® for Best Original Screenplay. 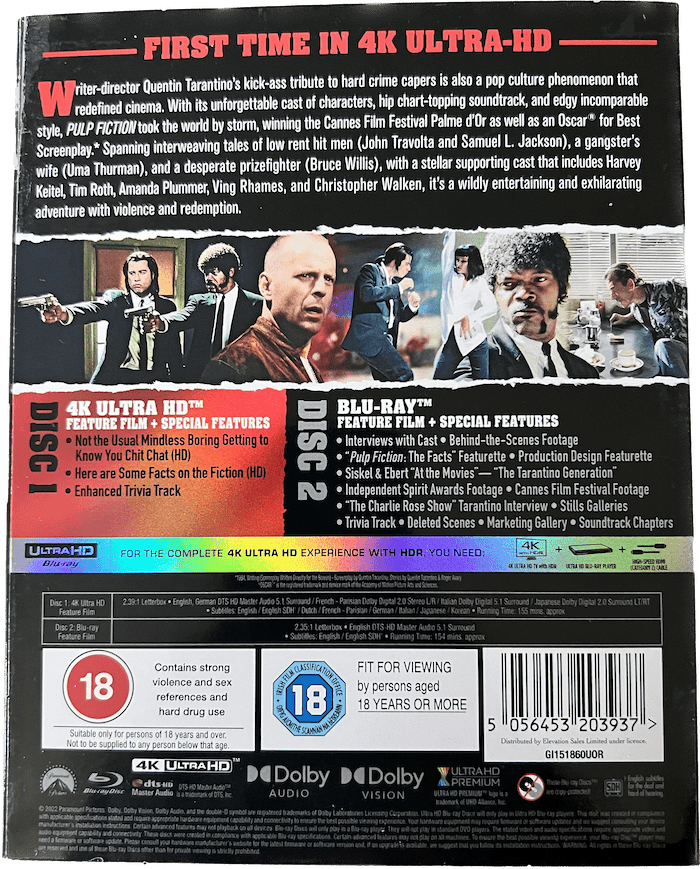 Synopsis
Critics and audiences worldwide hailed PULP FICTION as the star-studded movie that redefined cinema in the 20th century. Writer-director Quentin Tarantino delivers an unforgettable cast of characters— including a pair of low-rent hit men (John Travolta and Samuel L. Jackson), a gangster’s wife (Uma Thurman), and a desperate prizefighter (Bruce Willis)—in a wildly entertaining and exhilarating adventure of violence and redemption.