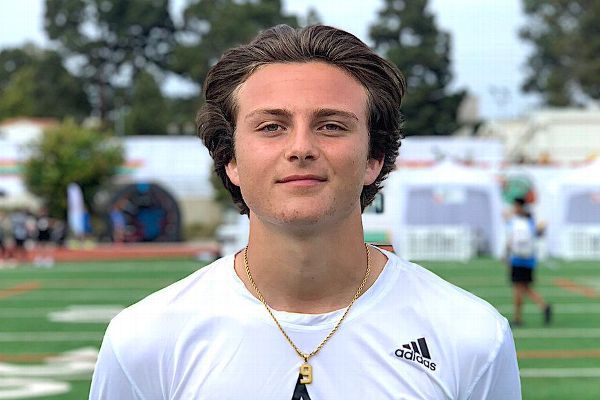 Sayin, No. 34 overall in the 2024 ESPN 300 and the second-best dual-threat quarterback in the junior class, attends Carlsbad (California) High School.

“Alabama’s the standard for college football,” Sayin told ESPN. “They’re going to coach you hard. You’re going to be disciplined there. And that’s something I’m looking for. And I want to be in a system where it’s going to translate to the NFL. I’m getting coached hard and I want the best part out of me.

“It’s a lot like what Bryce [Young] is doing. It’s an NFL offense and they’re going to make a lot of projection changes. You’re going to be in control and that’s something that I think I thrive in. I want to be a part of that.”

He chose the Crimson Tide over Georgia and LSU.

Sayin becomes the fourth member of Alabama’s 2024 class, the second-highest member of the class (cornerback Jaylen Mbakwe, No. 4 overall) and the first quarterback of the class.

Sayin took an unofficial visit to Tuscaloosa on Oct. 22 for Alabama’s 30-6 victory over Mississippi State.

“I talked a lot with Coach [Bill] O’Brien, Coach Saban there,” he said. “It gave me a great feeling, just kind of what they were saying about how this is the place to come play quarterback.”

In 10 games for Carlsbad High School, the 6-foot-2, 190-pound Sayin has completed 69% percent of his passes, accumulated 2,436 total yards with 25 total touchdowns.

He has thrown for 2,302 yards with 23 touchdowns and has been intercepted only three times.

“I would say I’m a really accurate quarterback,” he said. “I have a lot of experience with football. My brother [Aidan], he’s the starter at Penn and I’m just learning a lot from him. I started as a sophomore. Football IQ is pretty high and very accurate. I can make plays on the run, too.”