Fans of Inspiral may have to wait until October to see her again, following her
superb victory in the Prix Jacques le Mairois at Deauville last week.

The John and Thady Gosden-trained daughter of Frankel secured the third Group One success of her career, beating Light Infantry a neck in the mile contest.

Head and shoulders above her rivals as a juvenile, winning each of her first four starts which included top-class success in the Fillies’ Mile at Newmarket, she missed the early part of her Classic season when coming slow to hand. 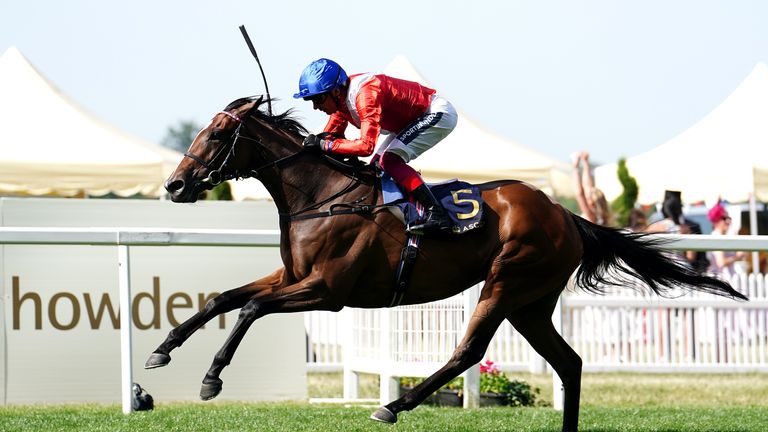 John Gosden was full of praise for Inspiral’s ‘courage’ after her superb victory in the Prix Jacques le Marois at Deauville.

Not seen again until June, she appeared better than ever when taking the Coronation Stakes at Royal Ascot, before suffering a shock defeat at odds of 1/7 in the Falmouth at Newmarket the following month.

However, she proved a point in France, with Frankie Dettori’s mount handing the likes of previously unbeaten colt Erevann and Qipco 2000 Guineas winner Coroebus a beating.

Owned and bred by David and Patricia Thompson’s Cheveley Park Stud, Inspiral will now be readied for the Queen Elizabeth II Stakes on Qipco British Champions Day at Ascot on October 15 – and is set to race on next season.

Cheveley Park’s managing director Chris Richardson said: “She put Newmarket behind her and it was a top performance.

“It was a great day for Mrs Thompson and all the family. Those are the days that they do it for and keeps them putting more into the game, so it’s great.

“I think we’ll wait for the QEII. I don’t think there’s any need to drag her over to Ireland for the Matron and we know she runs so well fresh.

“We don’t want to over-race her as hopefully she’ll be back next season as a four-year-old.”