The following text is an adapted version of pages 8 and 9 of The Consensus Handbook published in 2018 by John Cook, Sander van der Linden, Ed Maibach and Stephan Lewandowsky. The excerpt is published to make it easy to share this important information about false balance and fake debates and why both should be avoided when it comes to scientific topics where an expert consensus has already been established.

One of the most insidious, albeit often inadvertent forms of climate misinformation is false-balance media  coverage, where contrarian voices are given equal coverage with climate scientists. This stems from the journalistic norm assuming there are always two sides to an issue, thus giving mainstream and contrarian voices equal representation. As a result, a few dissenting scientists are given similar attention to the 97% of scientists who are convinced that humans are causing global warming. 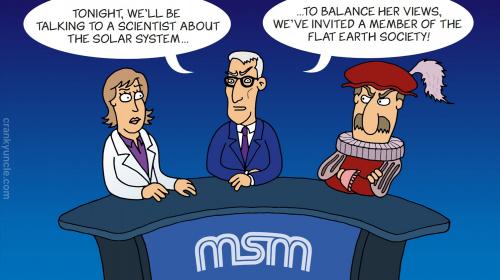 What impact does this have? When people see two sides arguing a complicated scientific issue [22,23,24], they come away with the impression of an ongoing 50:50 debate. False-balance media coverage reduces the public’s understanding across a range of issues. When it comes to climate change, false-balance media coverage has been shown to lower perceived consensus [25].

How should the media cover climate change?

Covering climate change is a challenge for journalists. On the one hand, they should strive to maintain objectivity and balance. On the other hand, giving contrarians equal coverage with mainstream scientists when there is a scientific consensus misleads the public about the state of the science.

One way to present conflicting viewpoints without misleading is by presenting weight-of-evidence or weight-of-experts information. These approaches acknowledge multiple sides to a debate while also evaluating which side is supported by evidence and a scientific consensus [26]. This approach has been found to foster more accurate beliefs while also acknowledging contrarian viewpoints [27,28]. Media organizations such as the BBC have resolved to avoid false-balance coverage by consideration of due weight [29].

Visual exemplars such as a photo of scientists representing the state of scientific understanding are an effective way to communicate weight-of-evidence information [30]. However, too much information can overwhelm people – one study found combining weight-of-experts information with comments from scientists from each side made it hard for readers to distinguish between majority and minority views [23]. Consequently, it’s more effective to provide a straightforward (ideally visual) summary of the state of expert agreement. 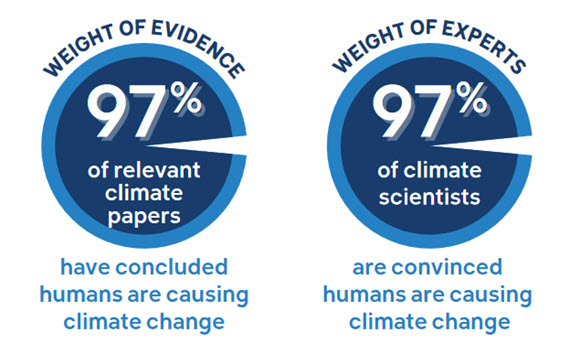 Figure 1: Weight of Evidence [7] and Weight of Experts [2,3,6] visualizations from The Consensus Handbook (p.9)

To debate or not to debate

Debate is crucially important to climate science and in the case of human-caused climate change has already occurred over decades. The process of scientific debate is open to anyone—although it does require that participants subject their ideas to the scrutiny of the peer-review process, which is fundamental for the advancement of scientific knowledge [31]. However, contrarians refuse to participate in scientific debates: they do not present their views at scientific conferences, and have a negligible presence in the peer-reviewed literature. Instead, they demand special treatment by bypassing the usual scientific process and presenting unvetted ideas to the public.

How should one respond if invited to publicly debate mainstream climate science? Requests to “debate” climate science or the timing of climate impacts are for propaganda purposes and should be avoided.  Agreeing to participate in such debates run the risk of misinforming the public by conveying the false impression that the scientific community is undecided on basic facts like human-caused global warming.

In contrast, debates over solutions to climate change are worthwhile. One response to an invitation to debate is to inform the organisers of the danger of misinforming the public by debating established science, and that a more appropriate and constructive debate topic is climate solutions. If the organisers persist in hosting a problematic debate, a further option is to issue a public statement explaining that you had advised the organisers not to go ahead due to the problematic nature of the event, but they went ahead regardless.

A Review of a paper by Ellis and Palmer

Thinking of buying an EV? Hurry up … and wait … or?