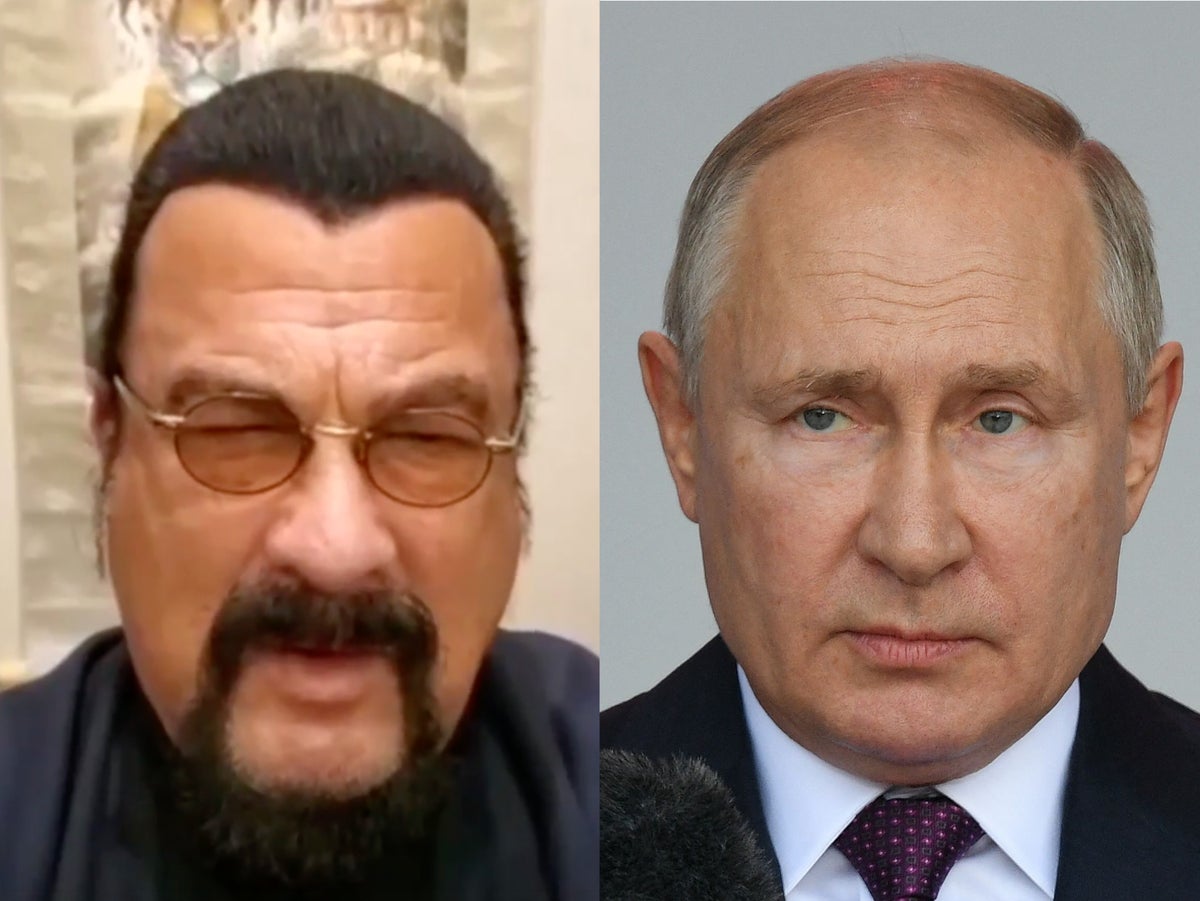 He reiterated his support of the Russian leader, stating: “Today is President Putin’s birthday. I just think that we are now living in very, very trying times. He is one of the greatest world leaders and one the greatest presidents in the world.”

Seagal continued: “And I am really hoping and praying that he gets the support and the love and the respect that he needs. And that all the tribulations that are going on now will be over soon, and we will be living in a world of peace.”

The former Hollywood star’s message for Putin comes six months after a dinner was held in Seagal’s honour in Moscow.

At the event, which was for Seagal’s own 70th birthday, the actor told guests, including figures who had been placed on an EU sanctions list in response to Putin’s invasion of Ukraine: “I love all of you and we stand together, through thick and through thin.”

In 2018, Russia appointed Seagal as a special envoy to improve ties with the US.

The Russian Foreign Ministry said Seagal’s responsibility would be to “facilitate relations between Russia and the United States in the humanitarian field, including cooperation in culture, arts, public and youth exchanges”.

When Seagal received his Russian citizenship in 2017, Ukraine barred him from entering the country, as fighting between Russian rebels and Ukrainian forces escalated in eastern Ukraine.