The Best Scare Maze in the UK?

During an impromptu visit to Fort Amherst to experience their Halloween event we encountered one maze, unlike anything we have experienced before. Is the Fort Amherst Gates of Hell scare maze the best in the country? 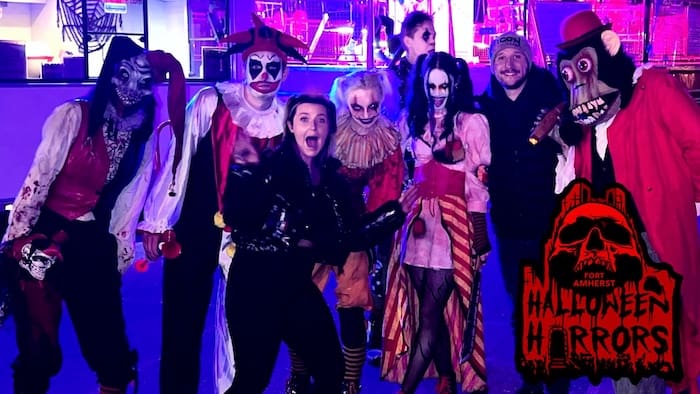 Fort Amherst Halloween Horrors has been running since 1982 making it the first scare attraction in the UK, they’re well known for doing things that no other scare attractions do (according to their website) but two mazes in and we were starting to think we had been hoodwinked.

A poor zombie maze introduced the event followed by an even poorer clown maze and we came out a little disheartened and with a steep ticket price and only one maze left all hope had eluded us of the last maze being any good.

In steps Gates of Hell.

With over 200 volunteers we had encountered only 6 of them in each maze and I was scratching my head as to where many of the other actors were.

Well, you guessed it. Over 60 actors were encountered in Gates of Hell as this 30-minute experience through the Fort Amherst tunnels was the most realistic, immersive and incredible thing I have ever witnessed here in the UK.

You start at the gates of hell and are greeted by a gatekeeper and what looks to be a bellboy for hell. Some incredible acting and interaction with the crowd kickstarts the experience and you’re genuinely excited about what lies ahead. 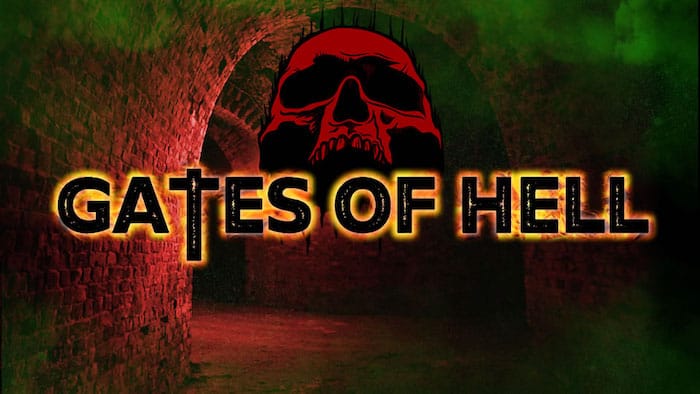 Through numerous tunnels are a variety of scenes exploring a variety of different scare themes. From an asylum to a seance room to a mortuary and more there are so many rooms that could easily be individual scare mazes in their own right but we’re thrown from scene to scene in this journey to hell.

The actors are insane, from pushing people against walls to terrorising them, constantly they were stealing my beanie and giving it to random people in the groups and it doesn’t matter if you were at the front, middle or back everyone was getting terrorised in equal measure.

There were actors everywhere and it wasn’t just traditional jump scares having me on edge, it was the closeness of the actors, straight up in your face, forehead to forehead it was intimidating and awesome in equal measure.

Guided through the experience by a staff member we were escorted through various scenes and at one point were all kneeling down in a church with the beautiful tunnels serving as a setting for this satanic ritual we were about to witness.

It was a mix of theatre, traditional scare maze and extreme scare maze all rolled into one and you had no idea what was coming next. Some of the theming were beautiful but the tunnels certainly helped in that department as we were lost in its beauty as we explored so many scare themes that at one point we were in wonderland and Alice was being terrorised by her wonderland ‘friends’.

The interaction with people in the group was wonderful and the finale is the most intimidated I’ve ever been in my life so keep an eye out for the Seance room at the end and keep your wits about you as we encountered around 30 actors in this one short space at the end and it was genuinely incredible.

The ticket price is worth that one maze alone, the longest and most intense scare maze I’ve experienced in the UK this month and one that certainly puts the event on the scare map without even needing the other two mazes.

I wish the other two mazes were as immersive and incredible as that, they felt like filler mazes and didn’t really serve a purpose other than to pad out the event’s line-up but Gates of Hell delivered and it was beautiful.