The Dahmer Netflix Trailer is Here and It’s Chilling

I can’t think of the last time a trailer left a lasting impression on me but I certainly know that the brand new Dahmer Netflix trailer will stay with me for some time. 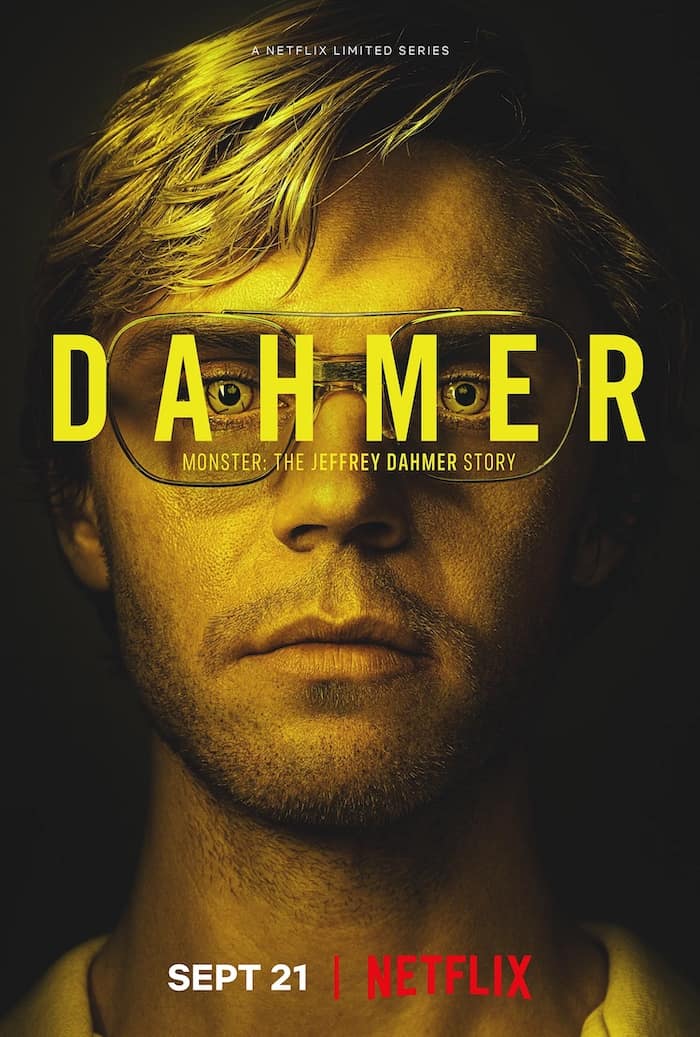 In what may just be another title added to the perfect casting shelf Evan Peters (American Horror Story) will play Jeffrey Dahmer in the upcoming series with AHS Creator Ryan Murphy at the helm of this one.

Jeffrey Dahmer murdered and dismembered seventeen men and boys between 1979 and 1991.

Known for murders involving cannibalism there’s a chilling sequence in the trailer where Jeffrey is trying to get his neighbour to eat a sandwich he has made.

What may be an innocent scene when the series lands its shot in such a cold and spine-chilling way with Evan peering into the souls of all of us watching with this devoid of emotion stare.

Coming to the platform September 21st the series will chronicle the story of one of America’s most notorious serial killers. Dahmer will be told largely from the point of view of his victims and will explore the police incompetence that allowed Dahmer to go on his multi-year killing spree.

The Synopsis reads as follows:

Between 1978 and 1991, Jeffrey Dahmer gruesomely took the lives of seventeen innocent victims. DAHMER – Monster: The Jeffrey Dahmer Story is a series that exposes these unconscionable crimes, centered around the underserved victims and their communities impacted by the systemic racism and institutional failures of the police that allowed one of America’s most notorious serial killers to continue his murderous spree in plain sight for over a decade.

Check out the trailer for the Dahmer Netflix series below: