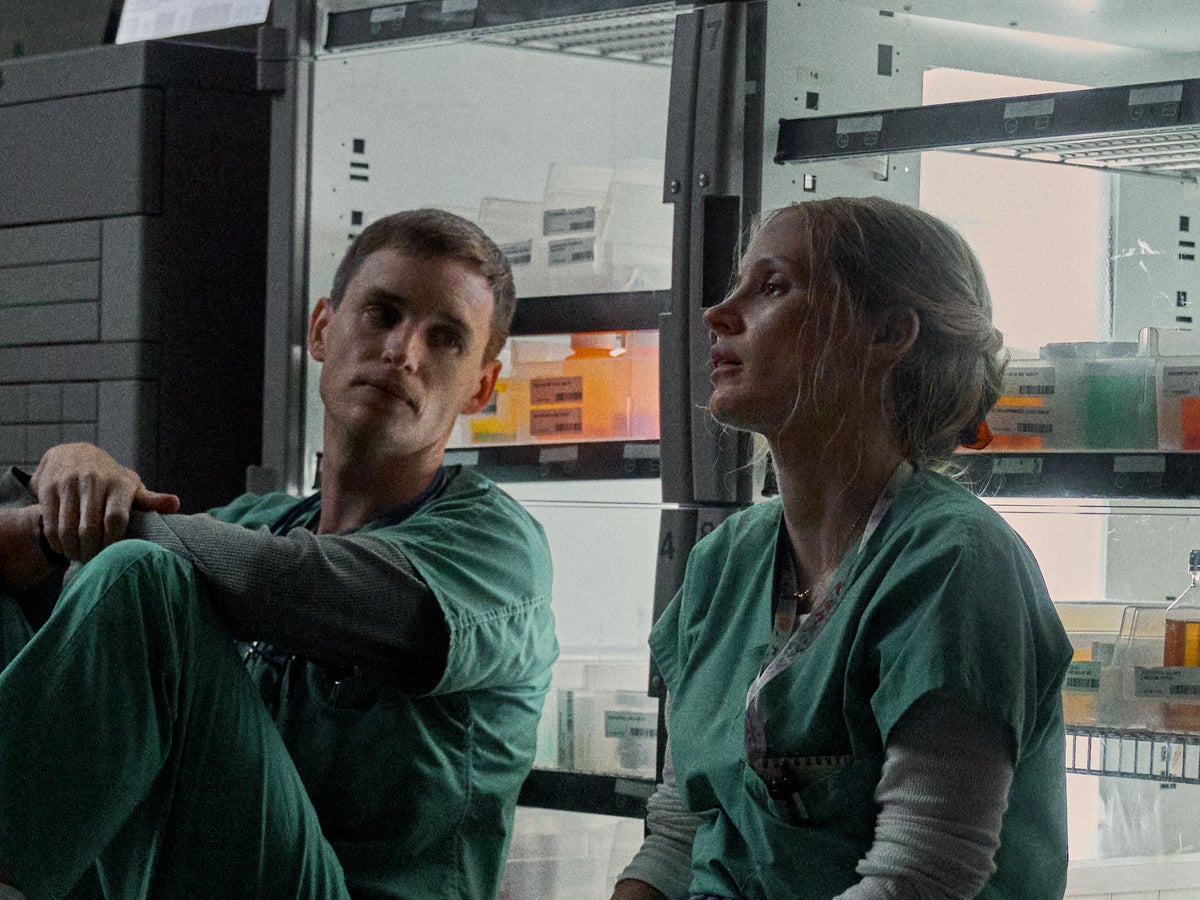 Based on a true story, The Good Nurse follows Charles Cullen, a nurse who murders dozens – perhaps even hundreds – of patients over the course of a 16-year period.

In the days since the film’s release, viewers have shared their shock on social media after learning of the morbid true story that inspired it.

However, they have also flooded social media with praise for the film, with special commendations reserved for the two lead performances.

“Watched Good Nurse on @netflix how can I miss if it’s @jes_chastain,” one viewer wrote on Twitter. “I’m running out of adjectives to describe her performance, just amazing. Eddie Redmayne too excels as usual.”

“I just finished watching The Good Nurse,” wrote another. “The film is solid proof why eddie and jessica won their oscars; their performances are nothing short of extraordinary.”

“Eddie redmayne in the new The Good Nurse movie on netflix holy shit he is amazing and actually had me scared someone give him an Oscar,” wrote a fourth person.

Multiple people sharing a clip of Redmayne in character, yelling repeatedly at the top of his voice.

“This scene in The Good Nurse left me speechless,” one person claimed. “Eddie Redmayne ate and left no crumbs.”

“Beautiful understated performance by Redmayne in @netflix film The Good Nurse, another seemed to quip.

You can read about the true story that inspired the film here.

The Good Nurse can be streamed now on Netlflix in the UK and elsewhere.