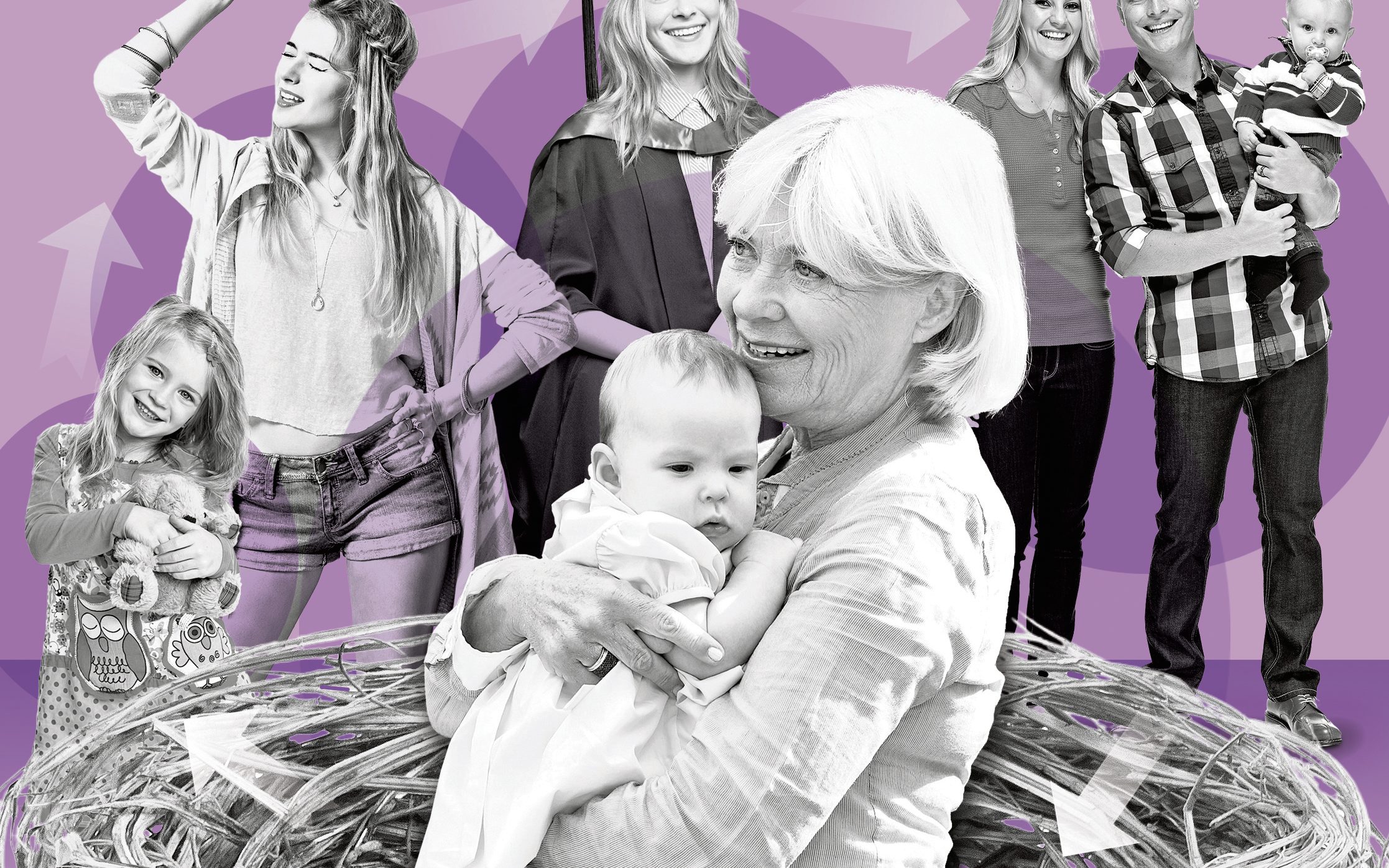 As a mother of three, all over 21, with one toddler grandchild, I can see there are all sorts of issues: what is the right amount of contact with your children? At what point is helping seen as interference? How do you avoid hurt feelings? All of this while creating your new life, post-child-rearing.

While there are shelves of baby and toddler books, and a growing number on teens, late-stage mothering is a wasteland. That doesn’t mean women aren’t interested in it though. Byford found more than 30 women to interview, and many felt huge relief at being able to voice their opinions.

As Byford reminds me, women’s friendships are on the whole very much based on disclosing things to each other. “But there seems to be a taboo about talking about things that are difficult at this stage, as if it’s your fault. You’d rather give a positive version of your family life. It took a while for these women to say, ‘You know what? This is really difficult.’ And it is difficult for all of us.

“With this book, I wanted to say to women: you’re not on your own.”

The struggles with maintaining relationships with your adult children

Where can it go wrong? Probably the most common conflict is over whether your children want to know what you think at all. Where once you were free to direct their lives, when they are grown, they make their own decisions. It can be very difficult to hold back when you think you may know better, but almost all of the mothers Byford spoke to recommend that you do.

“Mothers told me that they are constantly trying to balance what is on and not on for them to say. To some extent they live in fear of getting it wrong and for the relationship to break down because of something small they got wrong.” It could be an opinion, a criticism or a random comment that is seen as aggressive.

To complicate things, independence isn’t always what adult children crave. Sometimes they very much want the opposite: hugs, condolences, tissues and homemade brownies as they climb back under your wing because of heartbreak, domestic chaos or job worries.

The majority of the mothers told Bayford how much they loved spending time with their grandchildren and many had a part-time childcare role in their children’s families’ lives. Byford herself looks after her daughter’s child one day a fortnight. Yet there are very often tensions over how grandmothers do it: what they allow to happen; what food is prepared; what activities are offered. As one interviewee, Paula, told Byford: “My daughter does not like me to be close to the grandchildren. She doesn’t do sharing: one wrong move and there will be sanctions.”

There is also the potential of jealous rivalry between the various sets of grandparents. Often the mothers of sons feel they have been sidelined by a dominant daughter-in-law’s family. Debora, for example told Byford: “She [the other grandmother] picks them up from school most days; we just visit a couple of times a year. We are the occasional visitors; we don’t really stand a chance.”