The Silent London Poll of 2019: The Winners Happy new decade Silent Londoners! Let’s kick off the Twenties with a party shall we? A Silent London Poll-Winners’ Party. You know the drill by now, these prizes go to the best of the past year in silent film, as voted for by YOU. With that said, I will starting handing out the gongs immediately

This was a very popular winner – the Eureka/Masters of Cinema DVD/Blu release of the magnificent Der Golem was by far your favourite disc of the year. The package comprises a beautiful restoration of the movie, accompanied by a choice of great scores and a feast of insightful extras. An excellent choice. I reviewed this release in more detail in the January 2020 edition of Sight & Sound.

Go, Golem! The expressionist classic was your classic for the best theatrical release of the year, as this sumptuous restoration played several dates around the world. I saw it in NFT1 in the summer and I am not sure I have recovered yet. 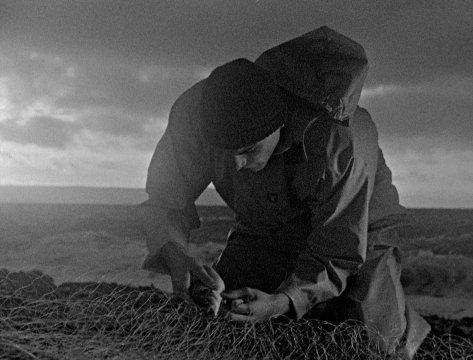 It may not BE silent but it WAS shot silent, as forthcoming screenings with live musical accompaniment are sure to emphasise – Mark Jenkin’s brilliant Cornish drama Bait was your favourite modern silent of the year.

Hands down, your favourite orchestral experience of the year was the closing gala of this year’s Pordenone Silent Film Festival: Hitchcock’s The Lodger, with the Orchestra San Marco, conducted by Ben Palmer, playing Neil Brand’s exquisite score. Bravo, Mr Brand!

We may have to settle this one with the toss of a coin. your votes led to a tie between two very worthy winners, in no particular order:

Congratulations to Stephen Horne, who continues his awe-inspiring prize-winning streak in this poll! His beautiful accompaniment of the heartbreaking Tonka of the Gallows (1922) at both the San Francisco Silent Film Festival and the Phoenix Cinema in London was your favourite solo score of the year.

Honourable mention: the industrious Meg Morley, who won votes for a staggering number of different performances. One to watch – if you didn’t know that already.

I’m so desperate to read this myself, and now you have given me an extra excuse. Joseph McBride’s How Did Lubitsch Do It? is your silent film book of the year. it just goes to show The Importance of Being Ernst …

Me? You? In Pordenone in October every year? You don’t say! Once again you voted Le Giornate del Cinema Muto as the best festival for silent film this year. Congratulations to Jay Weissberg and the rest of the incredible Giornate team for this winning streak!

You like your cinemas round, northern and covered in spangles and velvet? I can’t blame you. Your first-placed silent film venue of 2019 was the glamorous Hippodrome in Bo’ness, home to the aforementioned festival, of course.

An awesome list of heroes proved that the silent film revolution is very much people-powered. After yet another impressive 12 months of curation and presentation in the west country and beyond, the indefatigable James Harrison and the South West Silents team take home your prize for silent film heroes of 2019 – again!

This may be my favourite category – your list of discoveries is so brilliant and broad-ranging. However, there was a clear winner this year. The sublime Czech silent Tonka of the Gallows (1930) and its truly luminous star Ita Rina.

Guess what? It’s Der Golem! This 4K, tinted restoration of Paul Wegener’s elevated horror by the Friedrich Wilhelm Murnau Foundation was your favourite of the year, and it’s not hard to see why.

Congratulations to the winners, whose accolades are all very well-deserved, and many thanks to to the readers who voted – you made a big difference!