The Way of Water 4DX Vs IMAX?

Avatar: The Way of Water 4DX Vs IMAX, which platform is best to watch this James Cameron epic? After our previous discussion about Avatar potentially reviving the 3D movies format to our recent Avatar: The Way of Water IMAX review it’s time for 4DX to have some input in this debate as we decide which format is best to watch the movie in.

4DX combines seat movements with scents, wind and atmospheric effects to immerse views into the cinema whilst IMAX provide a giant screen with immersive audio and beautifully vibrant imagery that in 3D can be rather special indeed if the film is shot specifically for that format.

For some movies, 4DX is better than IMAX and by quite some distance but this is due to many films nowadays not being shot specifically for IMAX and IMAX 3D and as a result don’t have the same impact as a tailored 4DX experience.

Disney movies + 4DX are a match made in heaven for the most part but Avatar: The Way of Water poses an issue and that issue is a direct result of the 3D glasses.

The IMAX glasses drag viewers into the story and fully immerse you into the experience as the movie feels like you’re watching a fish tank rather than a flat screen with depth and beautifully layered imagery. 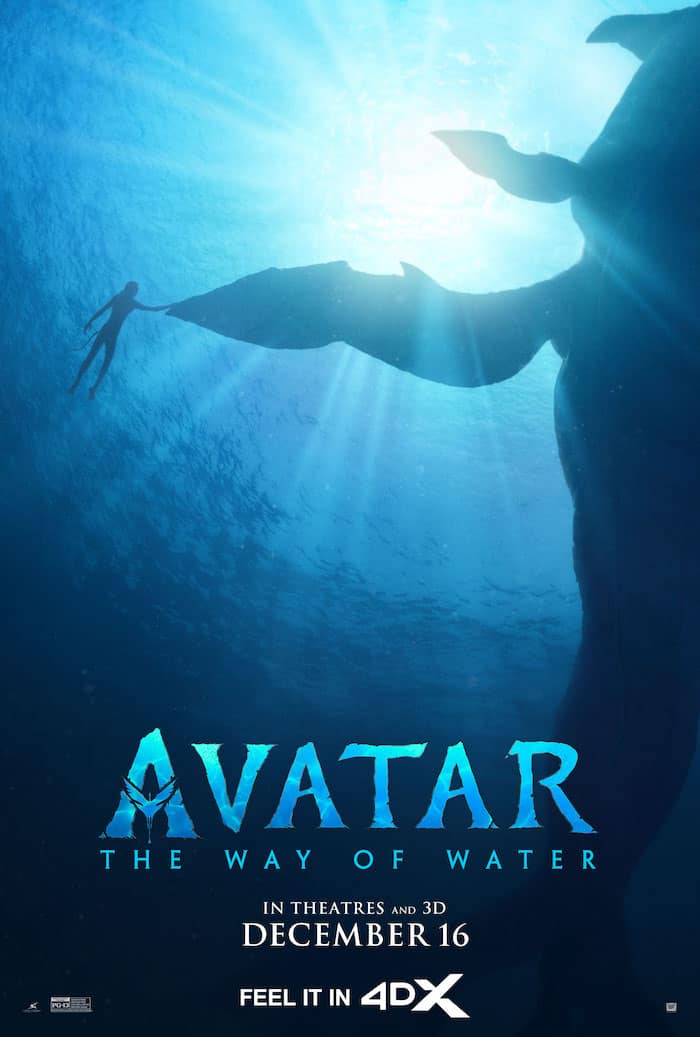 This is where the 4DX experience poses a problem as a movie about water, full of fight sequences and more have those 4DX water effects on high alert and the film takes a back seat to you becoming a human window wiper getting rid of the water of your glasses is now a full time 3 hour job and it’s distracting from the experience.

IMAX 3D is the only way to see Avatar: The Way of Water and if you’re going for the first time then you should absolutely dedicate your time to seeing it in this format and this format only.

Once you’ve seen it in IMAX 3D then feel free to go and watch the more novelty experience in 4DX as you know the story and can embrace all of the effects without you missing anything or it becoming too much of a distraction.

Avatar 3, Avatar 4 and Avatar 5 are all in the pipeline and I’m absolutely ready for them although I have a feeling if it goes the same way as this particular instalment then we may become used to the beauty and as a result not appreciate the artistry that has been created.

James Cameron is just showing off in The Way of Water, it’s a film that should have been half as long but it dives into its own arrogance at times (I applaud that, it’s not a negative comment) and showcases some of the most spectacular on-screen work you’ll ever witness in the cinema right now in this very moment.

Three hours flew by and whilst some parts felt unnecessarily padded out the 3D grabs a hold of you, forms a bond and never lets you go.

The 4DX throws you even deeper into the experience and it’s an incredibly fun novelty experience but you absolutely need to see this in IMAX 3D first before you dive into the water effects and atmospherics that the 4DX experience provides.

I usually choose one format or the other but for this movie and this movie over. Go and see it in both!

One format I would avoid seeing it in is Screen-X (the walls are screens). Other than for movies that feature the inside of a car or similar for large durations then it’s a pointless viewing format that just isn’t worth your time.