The World’s Only Jumanji Rollercoaster Is Opening Soon

The world’s first Jumanji rollercoaster has been announced officially by Chessington World of Adventures and is set to open this spring! 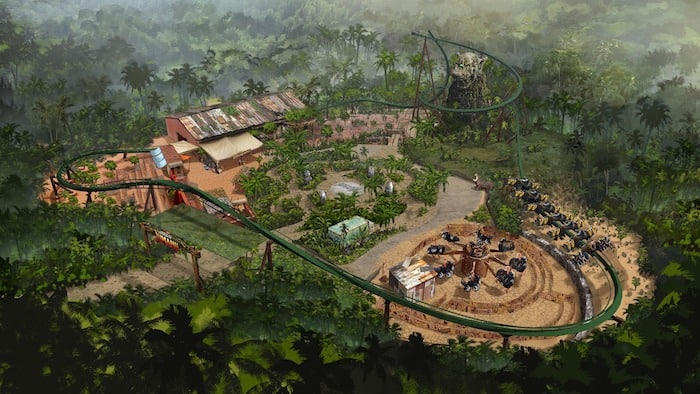 The World’s first Jumanji-themed land will also feature two further rides and much more, as Chessington brings the box office hit film franchise to life in its wildest adventure yet!

World of Jumanji will see families follow in the footsteps of Dr. Bravestone, through a whole world of adventures to locate the Jaguar’s Eye Jewel, lift the curse and save Jumanji.

The first adventure, and the World’s ONLY Jumanji rollercoaster, Mandrill Mayhem, will sweep up riders in the long arms of a mandrill, as the horde whisks those from just 1.2m tall around the sites of Jumanji, all while dodging the hazards of the jungle. The most fearsome of all the wild animals, the mandrills are unpredictable and will launch at full speed through the treetops, flipping upside down on a hair-raising adventure, spiralling to the summit of the 55ft tall Jaguar Shrine. Glimpse the Jaguar’s Eye Jewel glow before falling and braving the adventure again… backwards.

What I personally find strange is that the Mandrill doesn’t appear until the second movie yet the whole ride is focused around the Jaguar Shrine which is the key focus of the first movie. It’s nice they’re blending the two movies together but for continuity purposes, this bugs the hell out of me. 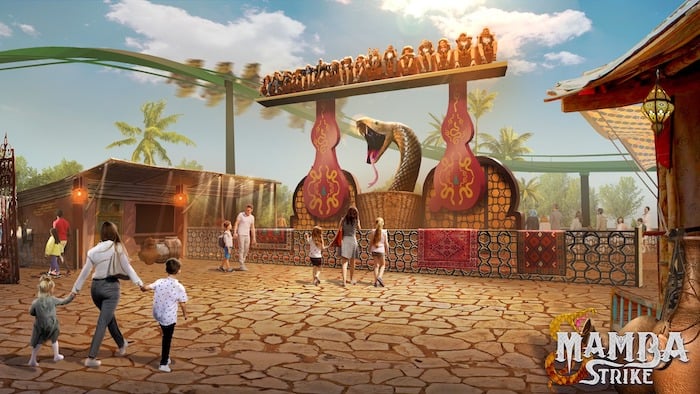 Not just the World’s ONLY Jumanji rollercoaster, Mandrill Mayhem is a winged, launch, shuttle ride, with an inversion – a first for Chessington, which last introduced a rollercoaster back in 2004.

Two further adventures in World of Jumanji will await families… 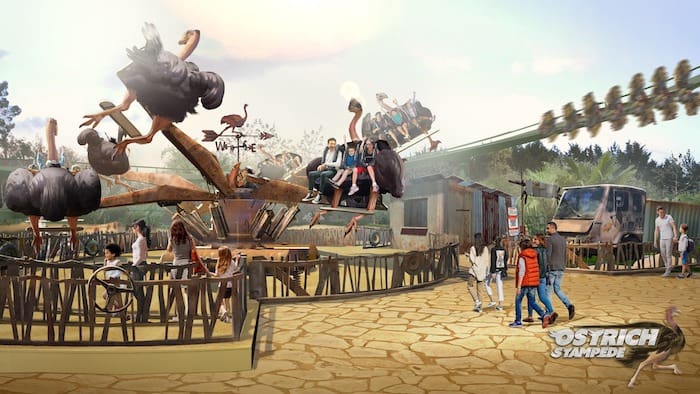 Dodge the fangs of the black mamba on a dizzying, untameable ride in the bazaar, Mamba Strike. Then swerve a herd of stampeding ostriches on a whirlwind ride in the dunes on Ostrich Stampede.

The single largest investment in Chessington’s history, World of Jumanji will also feature a maze of pathways – some trickier to navigate than others – based on the iconic Jumanji board game. Themed food, drink and merchandise will also be on offer. 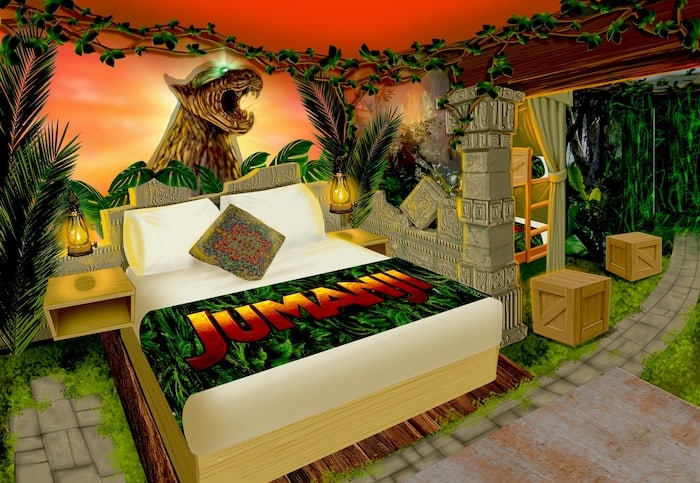 Complementing the above, six NEW Jumanji-themed bedrooms will be introduced to the Chessington Safari Hotel as well.

These rooms look to be heavily themed from the concept art and look perfect for all the family with a large bed and bunk beds for the kids.

“We look forward to Welcome-ing you to the Jungle this spring, as the amazing World of Jumanji opens at Chessington World of Adventures Resort. Families should prepare to be turned upside down… literally, as the first NEW rollercoaster in nearly 20 years at the Resort has a twist, turn and flip that will have you holding on to your seat! This is the Next Level for families wanting to explore the ultimate adventure together.”

Visit Chessington.com/Jumanji for updates and to book to be the first to sleep in the NEW Jumanji-themed Hotel bedrooms from Saturday April 1, ahead of World of Jumanji opening.