A Ukrainian teenager who has been studying in Britain scored four A’s at A-level and was accepted into Durham University while his father fights on the front line in his homeland country.

Zorian Tytych, 18, aced all four of his A-levels in Physics, Maths, Biology and Chemistry and will study Biology from September.

The teenager from Kyiv, studied for his GCSEs and A-levels at Cardiff Sixth Form College in Wales while his family remained in the now war torn country.

Alongside his studies Zorian has been doing voluntary translation work helping host families in Cardiff who have taken in Ukrainian refugees.

Before the war broke out in Ukraine Zorian’s parents were lawyers but his father quickly joined the Ukrainian army and is still on the front line on the Belarus border. 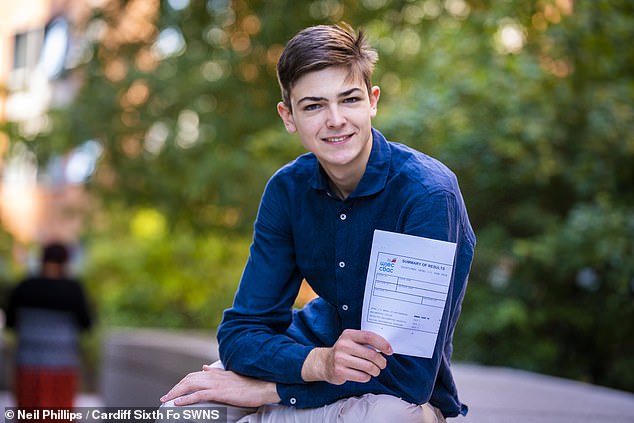 Zorian Tytych, 18 (pictured above) scored four A’s at A-level and is off to study Biology at Durham University 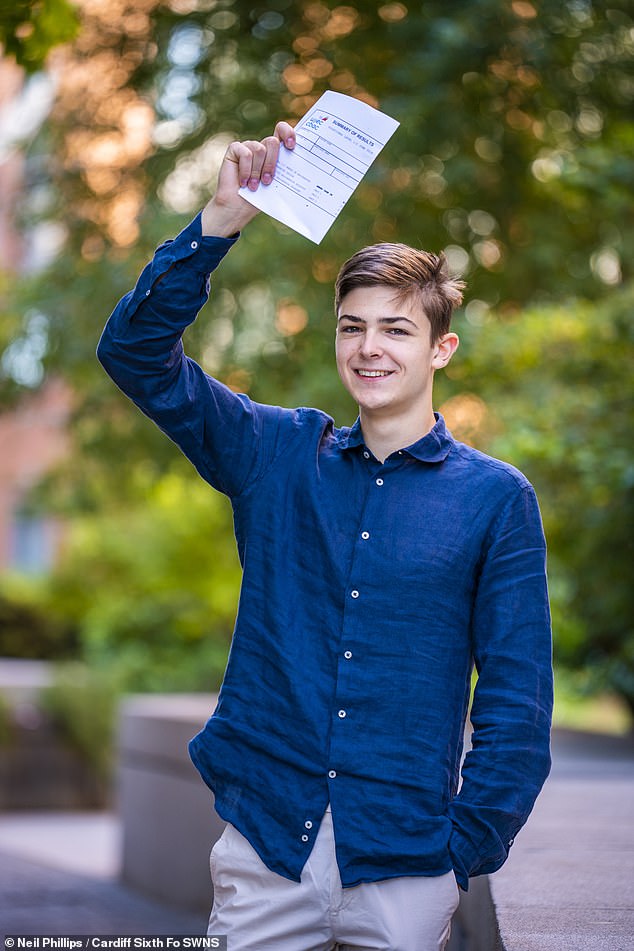 Zorian’s mother was forced to flee to Lviv in Western Ukraine for a month.

He said: ‘I live in the suburbs in west of Kyiv.

‘Before the war started my mother and father were lawyers.

‘Dad was on the Ukrainian committee for Judicial Reform, taking things up to the European Union level.

‘He joined the military the day after the war started, signing up to the territorial defence and receiving basic training.

‘He did this because he wanted to protect his home and support his country.

He added: ‘As the war has progressed, he has moved on; he has been assigned to the military and is now seeing active service on the front line.

‘He is now on the Belarus border looking at routes, surveillance, communication and connecting the regiments and their communities.

‘My cousin is doing the same and is now based near Kherson where he is right in the thick of it and all the shelling.

‘My uncle is currently in the recruitment process for joining the army.

‘I cannot think too deeply about my father as it would drive me mad with worry, but I am very proud of him.

‘Also, I know he would feel it is a disgrace if he didn’t join the army.

‘But I cannot think about it too much as it just makes me really concerned. 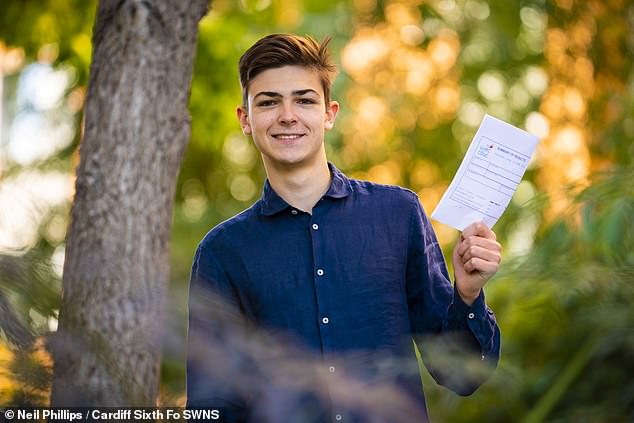 Alongside his studies Zorian has been doing voluntary translation work helping host families in Cardiff who have taken in Ukrainian refugees.

‘My mum was forced to evacuate to Western Ukraine where she went to Lviv and was hearing gunfire in the next street.

‘She returned a month later when the Russians retreated from Kyiv.

‘As well as studying for my A-levels at Cardiff Sixth Form College, I have been volunteering, visiting the homes of British people in Cardiff who have taken in Ukrainian refugees.

‘I am helping these families by translating documents for them, helping them with day-to-day tasks and being a friend to them.

‘They need someone they can communicate with.’

Over the summer Zorian joined the army’s training programme to become a translator.

He added: ‘Britain now has 10,000 Ukrainian soldiers receiving training from the British Army here in the UK and they need translators and helpers.

‘Another of my friends, Mica at Cardiff, is also doing this with me and I am going to stay in the UK with my godmother who is Ukrainian but lives in London before university.’

Cardiff Sixth Form College Principal, Gareth Collier said: ‘Zorian has been volunteering locally by helping Ukrainian families living in Cardiff feel at home, talking to them and providing translation which has really helped alleviate their concerns.

‘He did this during his very busy A-level revision period.

He said: ‘We have received glowing reports from the host family who described him ‘as an example of an outstanding, selfless individual willing to help others where he can’.

‘He has been an active member of the school community and we are delighted that he is able to continue his education here in the UK with these tremendous results.’

The news comes as gaining a university place has become more competitive as the number of students enrolling on courses has dropped by two per cent.

The number of A and A*’s fell by more than 8 per cent as around 80,000 fewer students copped one of the top grades.

Summer exams in 2020 and 2021 were both cancelled due to the pandemic.

Experts say 40,000 students will miss out on their first choice of university.

Share
Facebook
Twitter
Pinterest
WhatsApp
Previous articleBournemouth vs Arsenal: Get £20 in FREE BETS to spend on Premier League football this weekend with LiveScore Bet
Next articleGardening jobs in August: what to plant and tidy in your garden this month