Moment two Wetherspoons bouncers tackled a punter to the ground, pinned him to the floor and stamped on his wrist outside packed pub

By Hannah Mcdonald For Mailonline

This is the moment two bouncers ’slammed’ an ejected punter to the ground, pinned him to the floor and ‘stamped on his wrist’ in a daylight brawl outside a Wetherspoons.

Footage shows the security workers talking to the blue-shirted man in front of the V-Shed in Bristol before tackling him to the ground.

Business owner Chris Shutt, 35, who took the video, claimed the bouncers’ behaviour was ‘excessive from the start’.

Wetherspoons said initially that the bouncers had been ‘stood down from their duties’ while a probe was carried out but an update from the pub chain yesterday said the investigation had been competed – while declining to reveal the outcome. 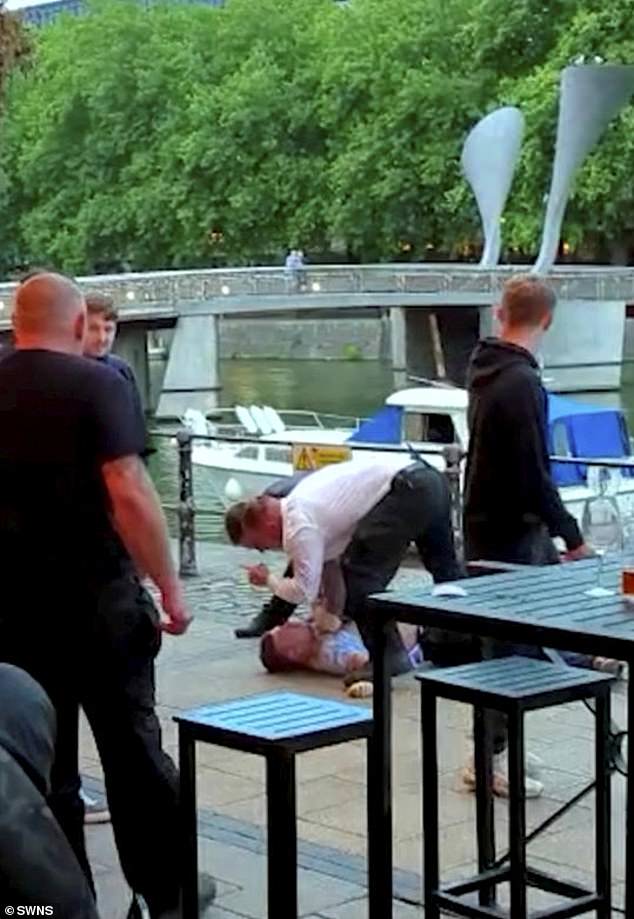 Footage appears to show two Wetherspoons bouncers tackle a man in a blue shirt to the ground and remain on top of him, pinning him down, in behaviour business owner Chris Shutt, 35, who took the video, alleges was ‘excessive from the start’

The video appears to start calmly and shows the two bouncers speaking to the man in the blue shirt.

The camera briefly moves away, covered by the cameraman’s hands, and when it moves back to the three men what looks like a fight has broken out.

After a couple of seconds the ’drunk’ man appears to be on the floor and pinned down by the bouncers as passers-by stop to watch.

At the end of the video, someone can be heard describing the bouncers as ‘smashing him’.

Mr Shutt filmed the clip at around 9pm on August 1 and then posted it on Facebook – where it was viewed and shared hundreds of times – before leaving the pub.

Mr Shutt alleged: ‘It was excessive from the start.

‘When they got him to the boundary of the pub garden, instead of throwing him out they pushed him and he went into the railings by the canal.

‘The guy came over obviously drunk, he probably should have left but was just trying to verbally defend himself. 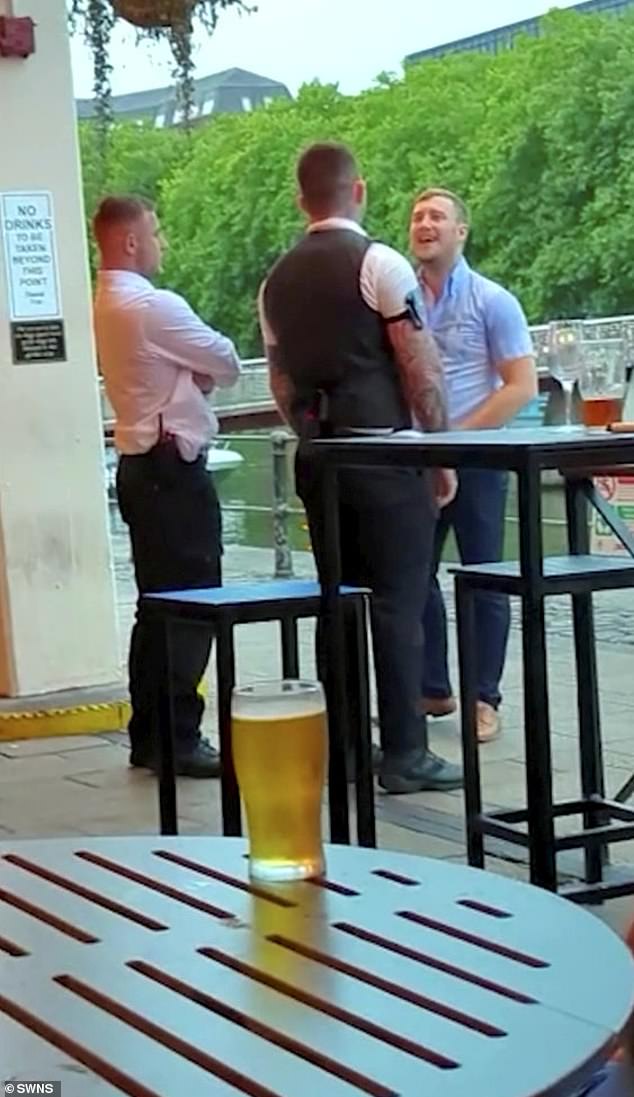 ‘As I started recording the two of them slammed him down onto the concrete and one of them put his arm out and the other stamped on his wrist.’

In the footage, the man can be seen talking to the bouncers – with one of them walking away and laughing as the punter tries to defend his actions.

However, the mood quickly changes.

The bouncers then tackle the customer to the ground – with one seemingly using his foot to pin the man down.

The video has been shared over 300 times on Facebook. 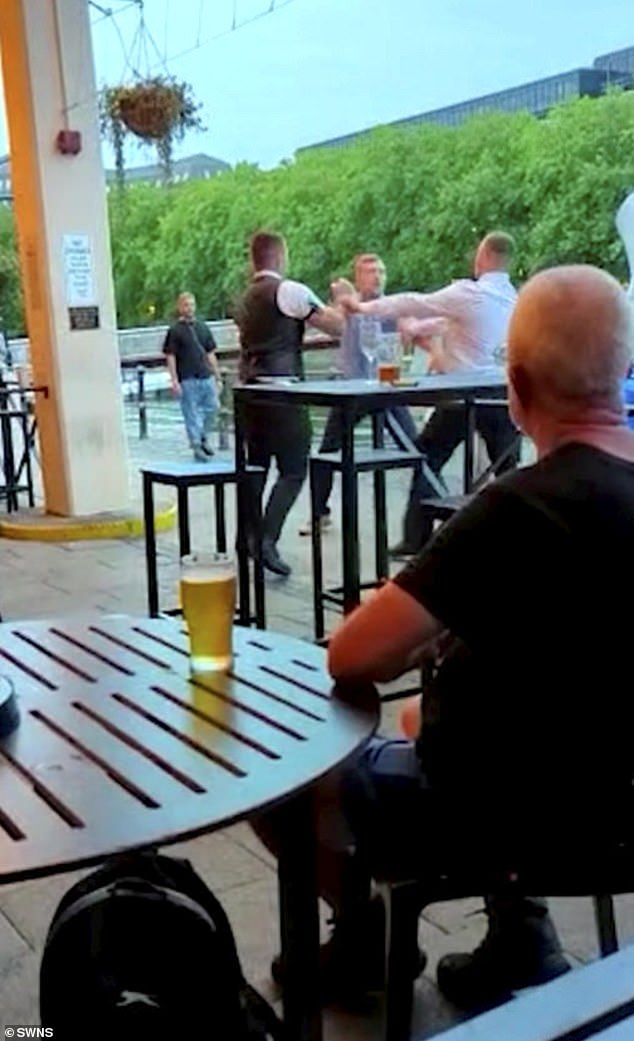 Mr Shutt said: ‘It was not good and not nice – afterwards they argued for a bit longer before he went off.

‘[The man] might have been mouthing off but he wasn’t being violent.’

A Wetherspoon spokesman said: ‘An investigation was carried out in to the incident at the V Shed, Bristol and follow-up actions have been agreed directly with the door staff company.

‘We do not consider it appropriate to comment on the specifics of the outcome.

‘While Wetherspoon does not condone the use of violent or aggressive behaviour by its door staff, reasonable force in order to restrain and, if necessary, remove customers from premises is permitted.

‘Unfortunately, the extract of the customer’s mobile phone footage of the incident does not show the customer’s actions which prompted the door security team’s response to try and restrain the customer.